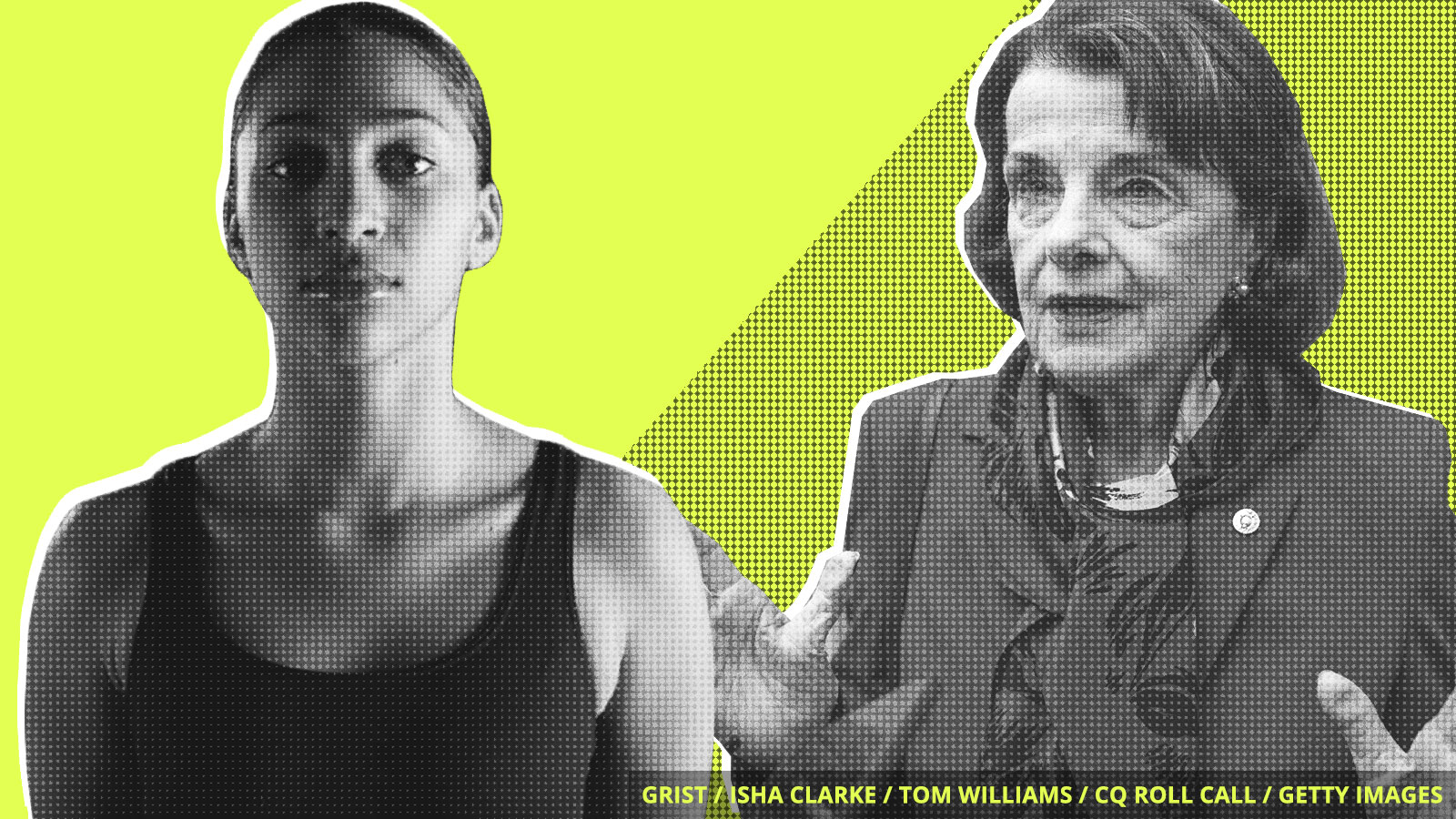 Yesterday, hundreds of young folks marched into Senate Majority Leader Mitch McConnell’s Washington office. According to the Sunrise Movement, the climate activist group that organized the protest, 42 of the activists were arrested.

The kids’ goal was to confront the Republican about his plans to undermine the Green New Deal, a proposal introduced by Representative Alexandria Ocasio-Cortez and Senator Ed Markey — both Democrats. McConnell has said he will force a vote on the proposal in the Senate, a sneaky move that could rattle Democrats who are still on the fence.

As the young activists were arrested, they sang the union organizing song “Which Side Are You On” — a clever tactic since everyone knows the wizened senator involuntarily loses a gallon of plasma every time he hears the sound of children singing.

McConnell isn’t the only senator who’s been getting an earful from the youths lately. Dianne Feinstein was confronted by a group of kids last Friday demanding she sponsor the Green New Deal. In an edited video of the exchange, the California Democrat can be seen explaining to the children that the Green New Deal resolution is basically doomed. Yikes. Needless to say, the senator’s reaction did not go over well with many members of the environmental community.

I caught up with one of the main kids in the video, Isha Clarke, to ask her about her experience at Feinstein’s office. Spoiler alert: she doesn’t like Feinstein’s version of a Green New Deal.

After a liiittle oil spill in the Gulf of Mexico in 2010, then-President Obama put some rules in place to regulate offshore drilling. But the Department of the Interior has treated those rules are more like guidelines. In the 20 months after those rules took effect in 2016, the department handed offshore oil drillers nearly 1,700 exemption waivers, potentially opening the door to more drilling accidents.

Penalties and inspections for polluters dramatically decreased at the Environmental Protection Agency last year, according to its own annual report. Now, Democratic lawmakers will question the agency about why.

The world is a boiling pot of water, and we are the frogs. Scientists looked at the locations (and associated temperatures) of billions of tweets about the weather and found that people stop noticing weather as it becomes extreme. What?? Yes, it’s true. Don’t take my word for it — this is all according to a study published Monday in the journal Proceedings of the Natural Academy of Sciences.

Oily Dallas gets a green makeover