It’s Friday, August 9, and a new ride-hailing service makes it more convenient to take the bus. 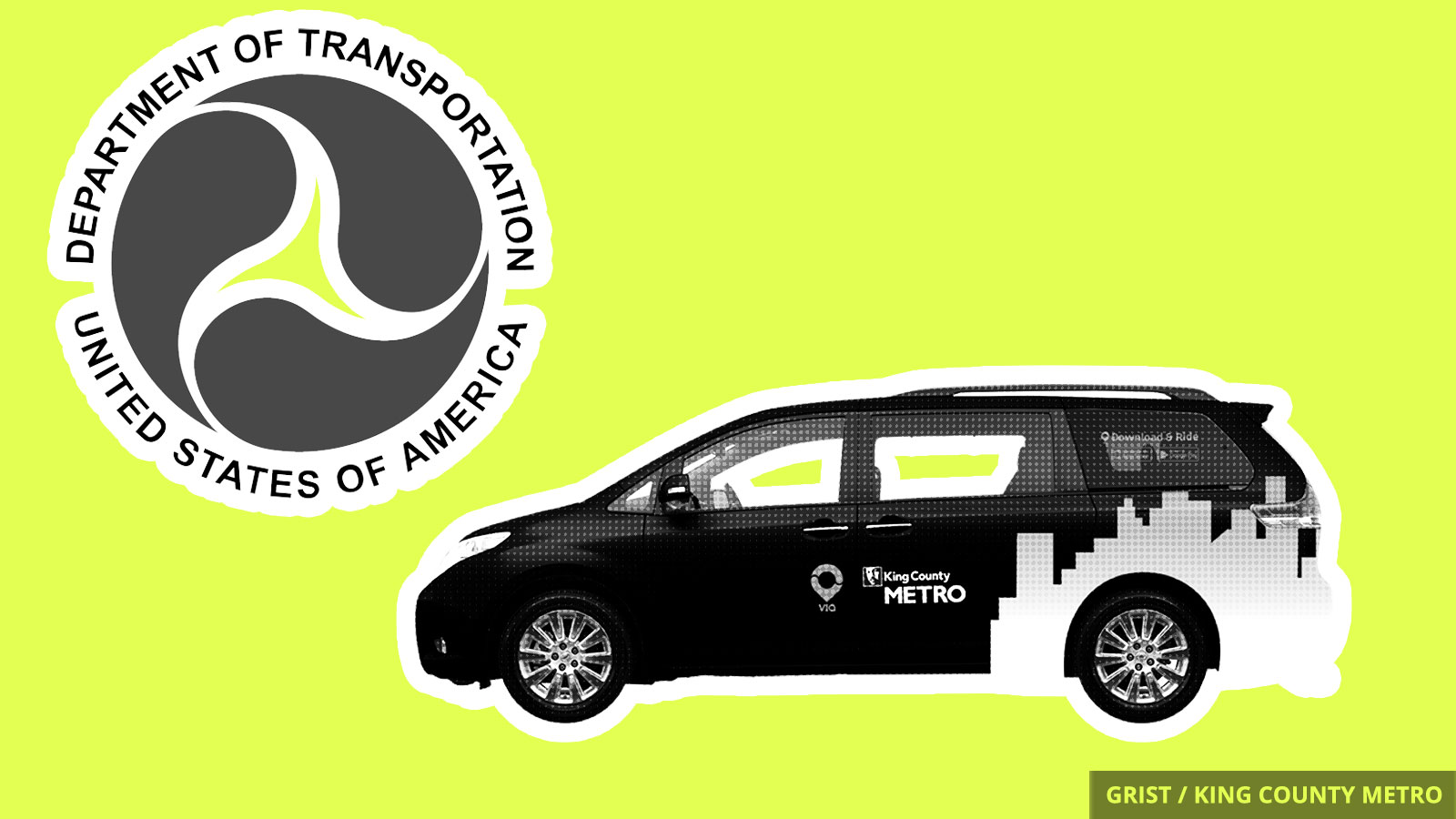 A government-subsidized ride-hailing service called Via is trying to solve the oh-so-familiar inconveniences of public transit. Taking the bus may be environmentally friendly, but sometimes you wind up needing to transfer to a second bus or walk another half mile to your destination — an understandable deterrent for many.

Via borrows the convenient aspects of the Lyft and Uber model while avoiding their traffic-causing downsides. The service is sort of like if Uber only had a carpool option that took you to and from the nearest transit stop, and you could use your city bus pass to pay for it. Operating in set zones around transit hubs, Via vans pick you up and drop you off within a few blocks of your home.

So far, Via is only running in New York, Chicago, and Washington, D.C., with beta projects in a few more (including Grist’s hometown of Seattle). The hope is that the service can get more people to take transit, especially in areas where there aren’t a whole lot of transit stops.

Critics of the program point out that it wouldn’t be necessary if public bus services were more far-reaching. Since Via is still ramping up, it remains to be seen whether it actually increases transit ridership, is worth the cost of subsidizing, and overall lives up to the hype.

But is it faster than other options? Check out Grist’s new video, featuring a thrilling race between a Lyft, a bus, and a Via, to find out. There’s a cameo appearance from yours truly.

Hurricane activity in the coming months is expected to be worse than researchers had previously predicted. A new analysis from the National Oceanic and Atmospheric Administration says it expects to name up to 17 storms before the end of the season, with as many as four reaching hurricane strength.

Income for U.S. farms in the Midwest and Mid-South declined yet again this spring as heavy rains and severe flooding damaged crops, according to surveys by the Federal Reserve Banks of St. Louis and Kansas City. Record floods have ravaged a great chunk of the Farm Belt this year.

Marine heatwaves can kill corals much faster than previously thought, a new study suggests. Scientists found that extreme heat events can cause parts of the corals to break off from the skeleton and lead to “rapid” death. “It’s hard to know just how much we have to keep saying that this is a big problem before policy-makers decide to do something about it,” James Guest, a reef expert, told the BBC.

The Rhode to victory