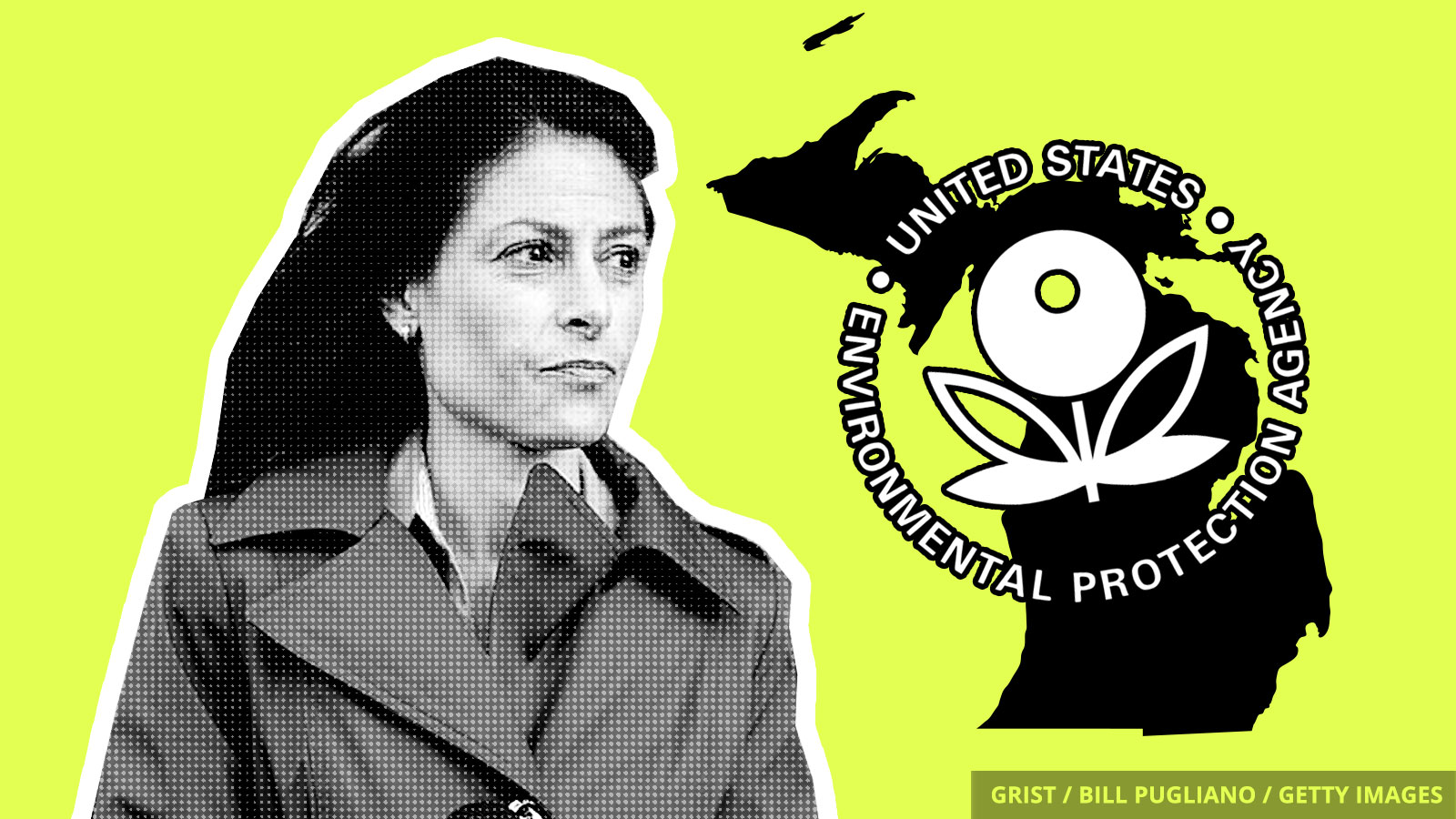 State attorneys general can be a force against the federal government. That can mean suing the EPA over too many environmental protections or suing the EPA for not protecting the environment enough. She’s only been on the job a few weeks, but it looks like Dana Nessel, Michigan’s new AG, has picked a side.

Her predecessor, Bill Schuette, a Republican, sided with big polluters against the EPA multiple times. Nessel, a Democrat who campaigned on a pledge to further investigate the Flint water crisis, knocked him out of his seat in November. And she recently took the first step in reversing Schuette’s legacy by moving to withdraw her state from two big lawsuits against the EPA.

Lawsuit No. 1: When Obama unveiled his Clean Power Plan in 2015, a group of 20 states and some coal companies filed suit against the EPA, claiming the legislation was an overreach of federal power. Michigan was among that coalition of states … but no longer!

Lawsuit No. 2: In 2016, Michigan joined another suit against the EPA alongside renowned energy company Murray Energy (you may remember the company’s CEO from that time he sued comedy show host John Oliver for defamation). This particular case was about regulations of hazardous air pollutants from coal and oil-fired power plants.

What’s next? Nessel just asked a new prosecutor to take over Flint’s water crisis cases, an indication that she’s serious about getting to the bottom of the horrific situation.

Plants and soil absorb more CO2 than you might think — about a quarter of the greenhouse gases we humans send into the atmosphere. A new study in Nature shows that even this age-old, mutually beneficial relationship is in jeopardy because of rising temperatures. Plants could start absorbing less CO2 thanks to drier soil. Uh oh.

As the government shutdown continues, many federally funded websites have stopped updating their pages. And now, a bunch of NOAA’s climate data has plumb disappeared. Instead of leaving the information in its archived form, the Trump administration has closed the pages, redirecting the public to “governmentshutdown.noaa.gov.”

President Trump is reportedly contemplating executive actions to boost the country’s oil and gas industry in an effort to — wait for it — give off the impression that the U.S. is stronger than Russia. These executive orders would make it more difficult for states to block fossil fuel projects and pipelines.