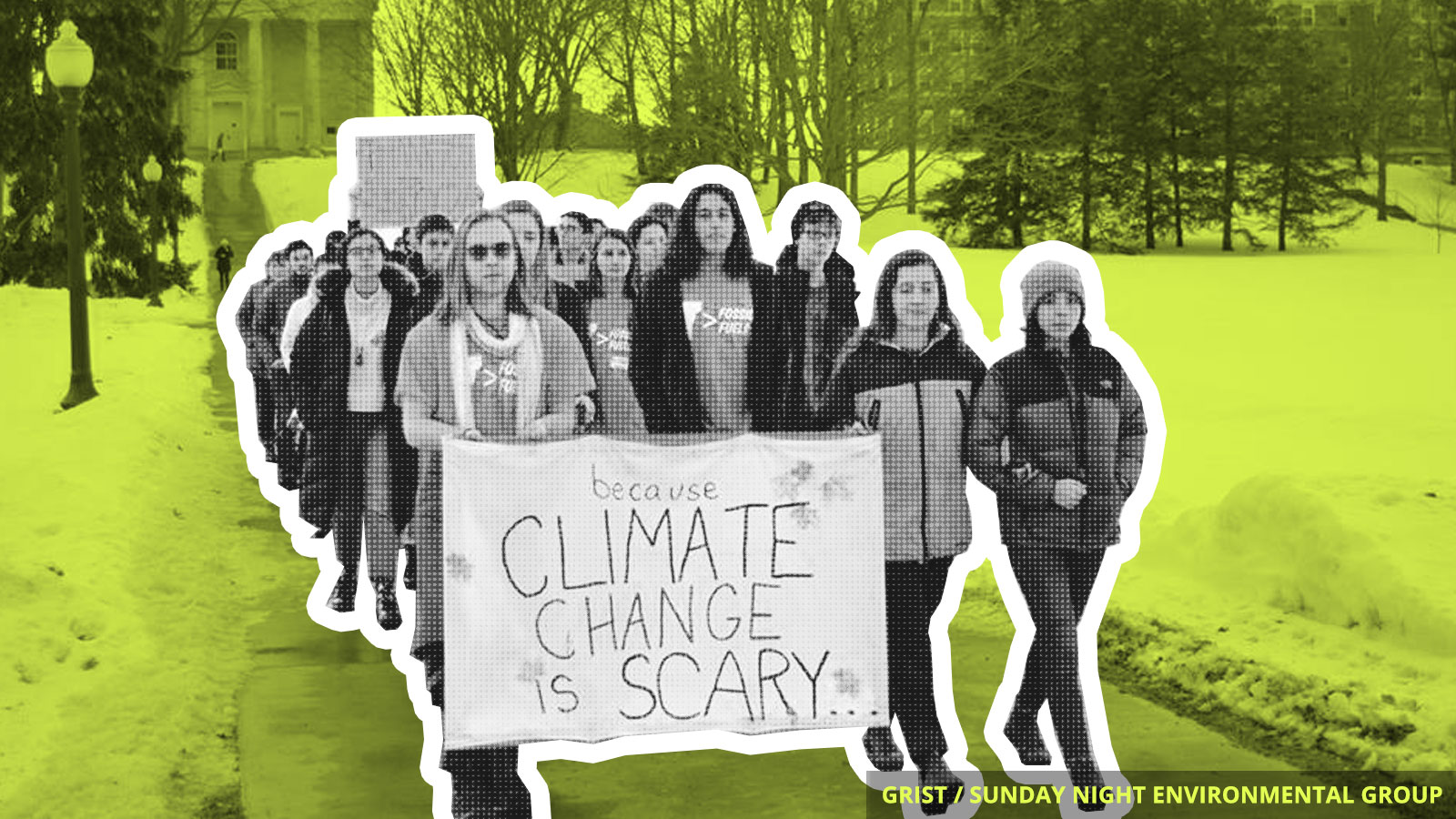 For seven years, students at Middlebury College, a liberal arts school in Vermont, have been fighting to get their college’s board of trustees to get rid of its fossil-fuel investments. Today, Grist has learned that the board voted unanimously to fully divest the school’s $1.1 billion endowment from fossil fuels, selling off assets tied to oil, gas, fracking, and other environmentally harmful industries.

The resolution passed by the board on Saturday won’t just put an end to the school’s approximately $55 million-worth of direct investments in oil and gas; it also establishes a carbon tax on the school’s energy consumption aimed at cutting energy use by 25 percent by 2028, mandates that the campus runs entirely on renewable energy, and expands environmental education programs.

The divest movement was led by a Middlebury student organization called the Sunday Night Environmental Group, founded by students under the guidance of environmentalist and author Bill McKibben (a member of Grist’s board of directors).

The road to divestment has been rocky. In 2013, Middlebury’s board of trustees and the school’s president at the time, Ron Liebowitz, decided against divestment from fossil fuels, arguing it was too difficult. What changed? Maybe popular opinion. Last spring, student organizers held a referendum, and around 80 percent of students and 92 percent of faculty supported the move.

Cora Kircher, a current Middlebury student, divestment organizer, and family friend of this journalist, was pretty pumped, too. “I’m just ecstatic,” she said. “I’m so proud of my fellow organizers at Midd and around the world; I’m so proud of my school.” Way to go, ya crazy kids!

A majority of Americans understand that climate change is real, but most of their Republican members of Congress still don’t. A new analysis from the Center for American Progress Action Fund shows that 60 percent of Republicans in the 116th Congress — a total of 150 people! — do not accept the scientific consensus behind the changing climate.

You can thank the polar vortex for the unusually frigid temperatures in the Midwest this week. Warm air flooded the Arctic last month and split the polar vortex, sending a rogue chunk of cold air to the U.S. This phenomenon seems to be occurring more and more often, and some scientists say it could be connected to climate change.

PG&E, the California utility that’s facing hundreds of lawsuits over multiple deadly fires, filed for bankruptcy today. That means people affected by the fires could end up getting smaller settlements, electricity rates could go up, and the state’s plan to switch to renewables could be delayed or hobbled.