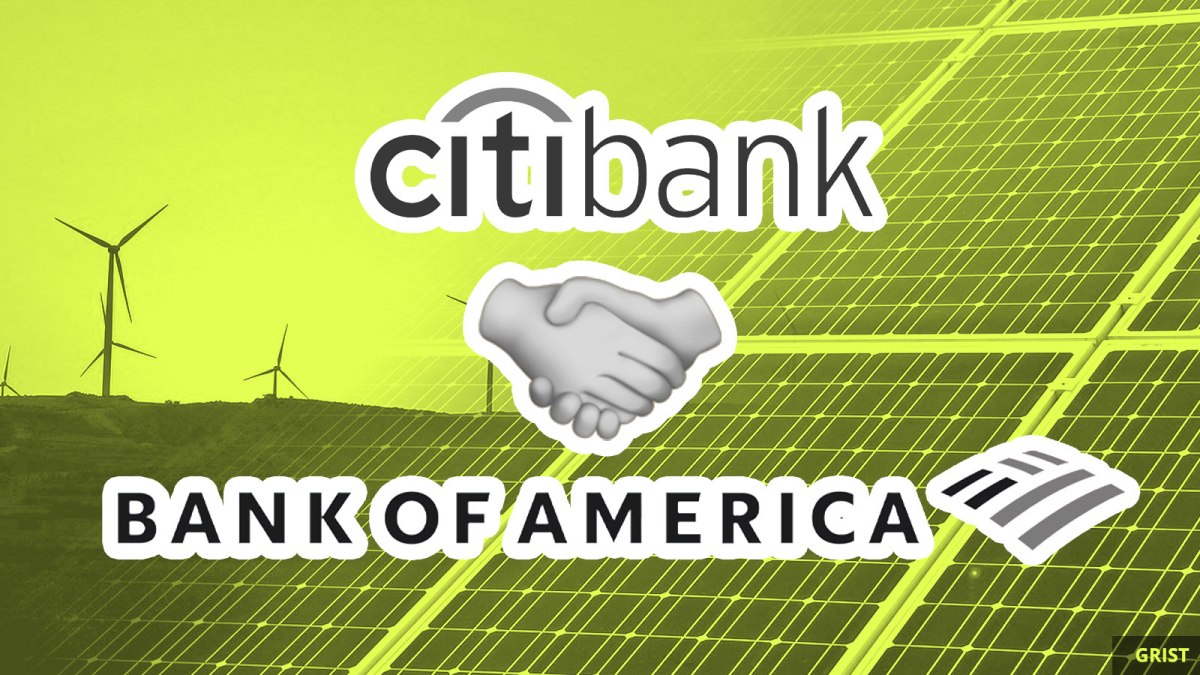 Citi and Bank of America are following Morgan Stanley in joining the Partnership for Carbon Accounting Financials (PCAF), a consortium that standardizes how banks measure their carbon footprints. Morgan Stanley announced its decision to join PCAF last week, becoming the first major U.S. bank to join the group.

In addition to joining PCAF, Citi announced a $250 billion pledge to finance low-carbon initiatives related to renewable energy, sustainable transport, green buildings, sustainable agriculture, and water quality. That’s on top of the $164 billion that Citi says it’s already devoted to low-carbon solutions. Citi is also pledging to reduce the CO2 emissions from its operations by 45 percent by 2025 and use 100 percent renewable electricity by the end of 2020.

In joining PCAF, Bank of America and Citi are now the group’s largest asset holders — and its largest polluters. Between 2016 and 2019, Citi was the world’s third largest financier of the fossil fuel industry, Bank of America was ranked fourth, and Morgan Stanley ranked 11th.

PCAF is hoping to align the banking sector’s business portfolios with the Paris Agreement on Climate Change, which calls for warming to be limited to 2 degrees C. PCAF now has 70 members holding a combined $9.7 trillion in assets.

At least a quarter of Bangladesh, a country of 165 million people, is currently flooded due to torrential rains. Meanwhile, Bangladesh’s coastline was identified as an area particularly at risk from sea-level rise by a new study published Thursday. The study found that up to 171 million people worldwide face at least some risk of coastal flooding from high tides and storm surges today.

The Environmental Protection Agency has finalized a rule that will allow many unlined coal ash ponds to continue receiving waste for another two to seven years, replacing Obama-era rules that were supposed to decommission them next year. Coal ash is a toxic byproduct from coal-fired power plants, and when disposed of in unlined ponds, it can leak into groundwater and drinking wells.

The Clean Air Act has successfully reduced air pollution, but has it put a dent in the disparities that determine who breathes the most polluted air? A new study finds that it hasn’t. The parts of the U.S. that were the most polluted in the 1980s still had the dirtiest air in 2016.