It’s Tuesday, February 5, and climate change is a worldwide threat, say the people who assess threats. 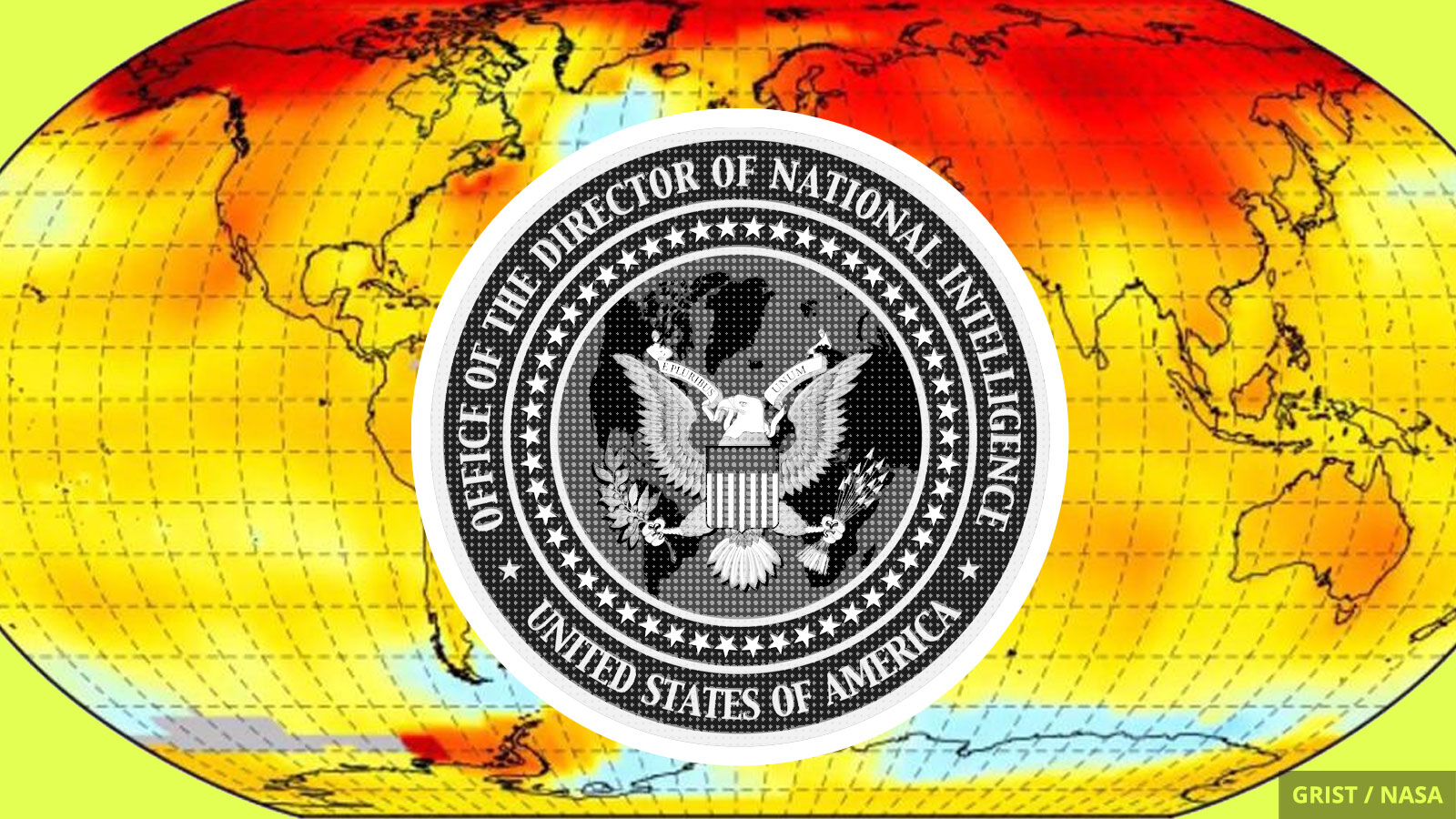 U.S. intelligence officials recently released their annual assessment of worldwide threats, called the Worldwide Threat Assessment. (Betcha didn’t see that one coming!) It highlights climate change as a major menace, alongside dangers like rising nationalism in Europe, increased migration, and a growing camaraderie between China and Russia.

Rising temperatures aren’t just an environmental or political issue, the assessment says, they’re a matter of national security, too. Climate change and the troubles that accompany it are “likely to fuel competition for resources, economic distress, and social discontent through 2019 and beyond,” according to the report. In other words, top intelligence officials agree that warming threatens “infrastructure, health, and water and food security.”

This isn’t the first time members of the intelligence community have warned us about the security risks of climate change. And it certainly won’t be the last. In mid-January, a Pentagon report outlined serious climate risks to many military bases.

Meanwhile, the president has been calling for more global warming on Twitter.

A U.S. Senate committee voted to confirm EPA acting head Andrew Wheeler to run the agency this morning. The vote split down party lines: 11 Republicans to 10 Democrats. Now his nomination will go to the Republican-controlled Senate for a full vote. As acting head, Wheeler has already moved to enact a sweeping deregulation agenda.

In a tweet on Monday, Trump announced that he will nominate David Bernhardt to be the new Secretary of the Interior, a position held until recently by a scandal-ridden cowboy named Ryan Zinke. What to expect from Bernhardt? The former oil, coal, and water lobbyist — who has been the acting administrator of the Interior since January — has been called a “walking conflict of interest.”

Four climate activists were arrested on Monday for trying to shut off the Enbridge oil pipeline in Minnesota. The quartet, from the Catholic Worker movement, didn’t actually turn off any valves: Enbridge shut down the pipeline remotely thanks to a warning call from the activists. Appeals over state approval of one of the company’s pipelines, Line 3, are currently in court, and other protests over the project are ongoing.