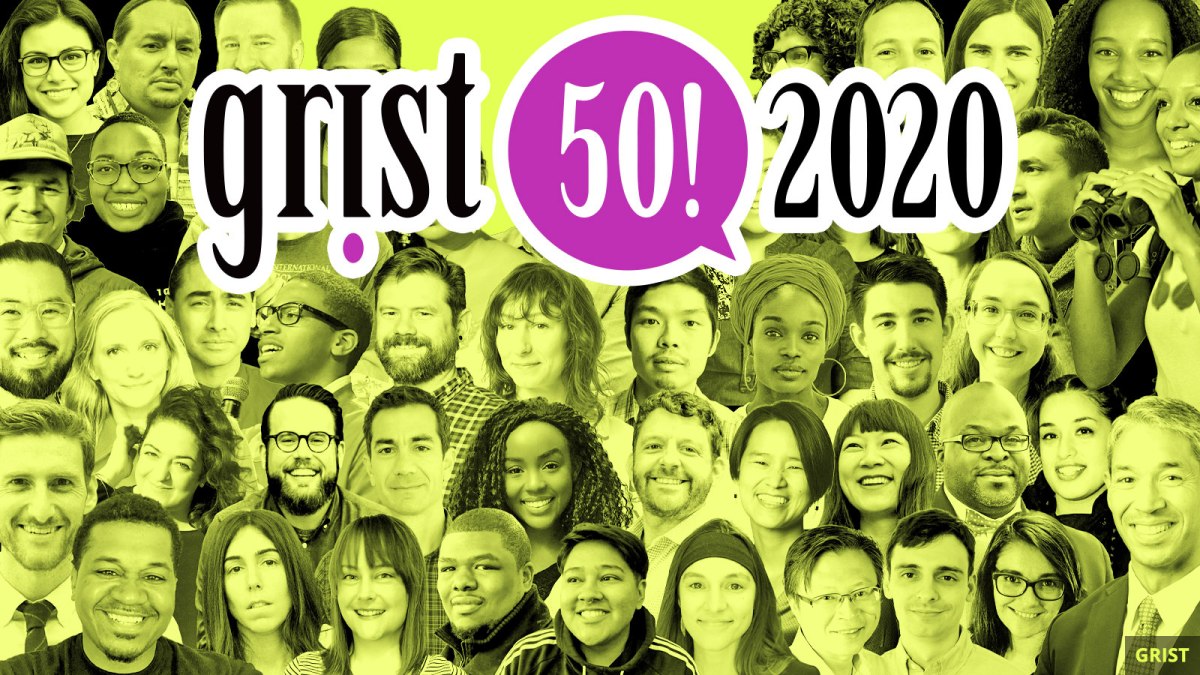 Every year, Grist searches the country for Fixers — emerging leaders who are devoted to bringing sustainability and climate progress to their communities. This year, we combed through 1,000 inspiring nominations, and even a looming global pandemic (eek!) can’t stop us from bringing you the best of the best.

Some are longtime movers and shakers in their fields; one is just 14 years old. We’ve got theater geeks and artists rubbing shoulders with CEOs and entrepreneurs.

You can read about an activist chef helping restaurants lower their carbon footprint and a pastor leading his congregation in the fight for environmental justice. Comedian and podcaster Maeve Higgins teaches audiences to laugh through their climate despair, and policy mastermind Catrina Rorke is making carbon pricing a reality.

So buy some extra toilet paper, batten down the hatches, and read about 50 people building a better world. We’re gonna need them.

A federal judge has allowed Trump’s rollback of key regulations related to the National Environmental Policy Act to proceed over the objections of an environmental group. Today the Trump administration will close the public comment period for its proposed reinterpretation of the 50-year-old law, which has been the backbone of environmental review for major infrastructure projects and a key point of leverage for community activists.

Wind and solar may be the latest victims of global disruptions caused by the novel coronavirus. These projects rely heavily on manufacturing in China, and delays in production are starting to reverberate down the supply chain to affect major renewable energy contracts in the U.S.

Severe drought and salinity in Vietnam’s Mekong River Delta, known as the rice basket of the country, has led five provinces to declare a state of emergency. State media reports that at least 70,000 households lack water because of the drought, which is on track to be worse than Vietnam’s 2016 drought, which was the worst drought in nearly a century.

Funding for Arctic oil is drying up