It’s Monday, June 24, and the majority of Americans say fossil fuel companies should be on the hook for climate change. 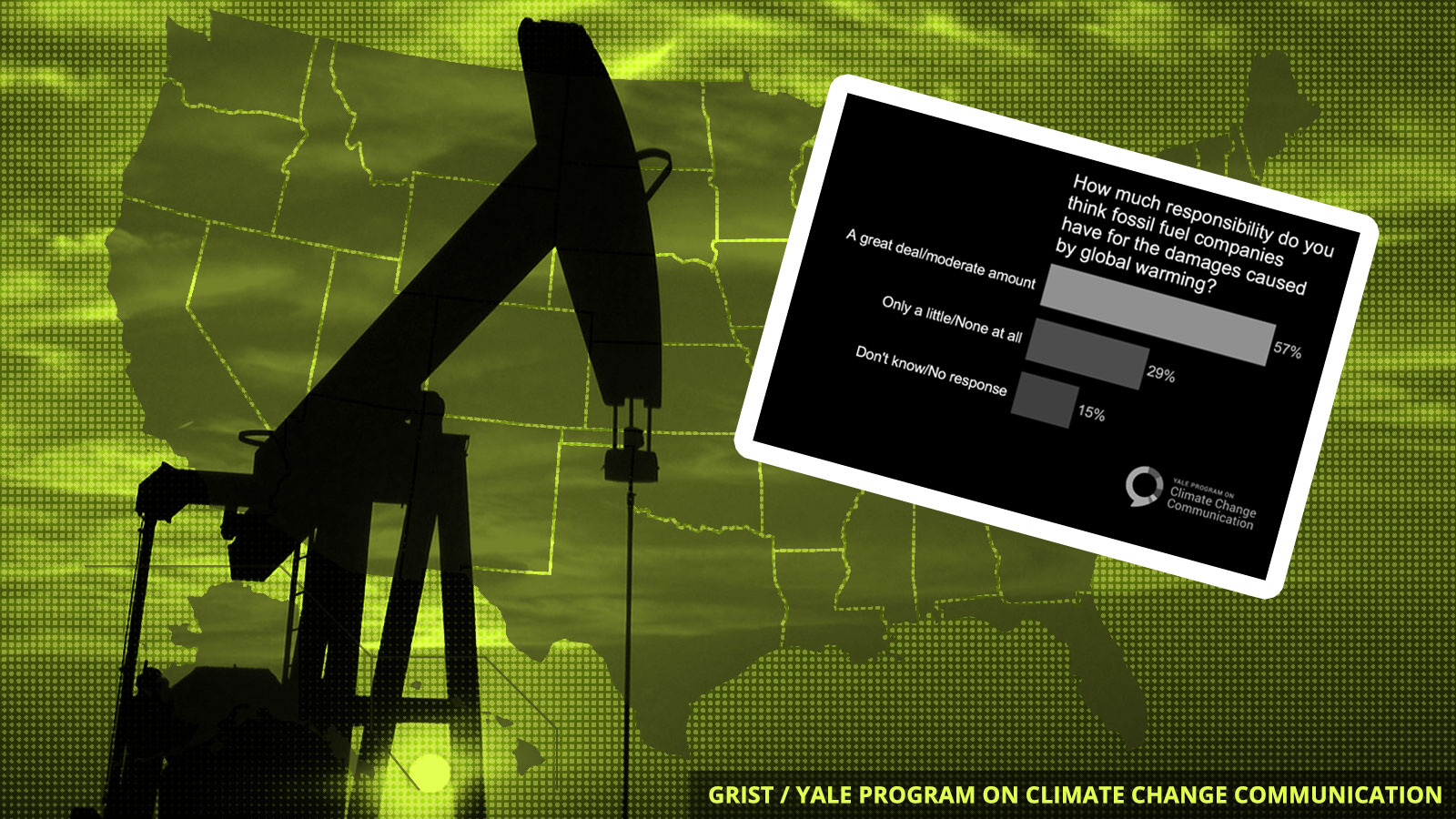 A new national survey by Yale University’s Program on Climate Change Communications found that most Americans — 57 percent — believe that fossil fuel companies bear primary responsibility for climate change and should foot the bill to fix the mess they created. Half of those polled said they are in favor of local officials filing liability suits against fossil fuel companies.

By now, it’s no secret that Big Oil executives have long been privy to the risks associated with burning fossil fuels. In the 1970s, long before “global warming” was a household word, senior scientists at companies like BP, Chevron, Shell, and ExxonMobil were briefing their staff about the climate changing potential of fossil fuel emissions, all while actively deceiving the public about the dangers they pose.

Dozens of municipalities across the country have filed lawsuits trying to get Big Oil to pay to protect their residents from the impacts of climate change. But, as Jennifer Marion, a research scientist at the Yale climate program, pointed out: ”Although lawsuits are decided in the court of law, the court of public opinion also plays a critical role in shaping the local, state, national, and international response to climate change.”

Dig into the full survey to see what your state believes.

The Trump administration has refused to publicize dozens of government-funded studies on climate research conducted by the U.S. Department of Agriculture, according to a Politico investigation. These include findings on how a warming climate can reduce the nutritional value of certain crops and exacerbate seasonal allergies.

Federal agencies should no longer have to consider a project’s long-term climate impacts when evaluating how it will affect the environment, the White House proposed on Friday. The move could speed up the construction of major infrastructure projects such as oil and gas drilling and pipelines, reversing a major Obama-era policy that the government must take into account a project’s greenhouse gas emissions and carbon footprint before approval.

Seventy-four medical and public health groups unveiled a new climate change agenda on Monday, calling the climate crisis a “health emergency.” The groups, which include the American Medical Association and the American Heart Association, wrote that the health and safety of millions of people in the nation “have already been harmed, and [that] health risks in the future are dire without urgent action.”

London Bridge is fueling down