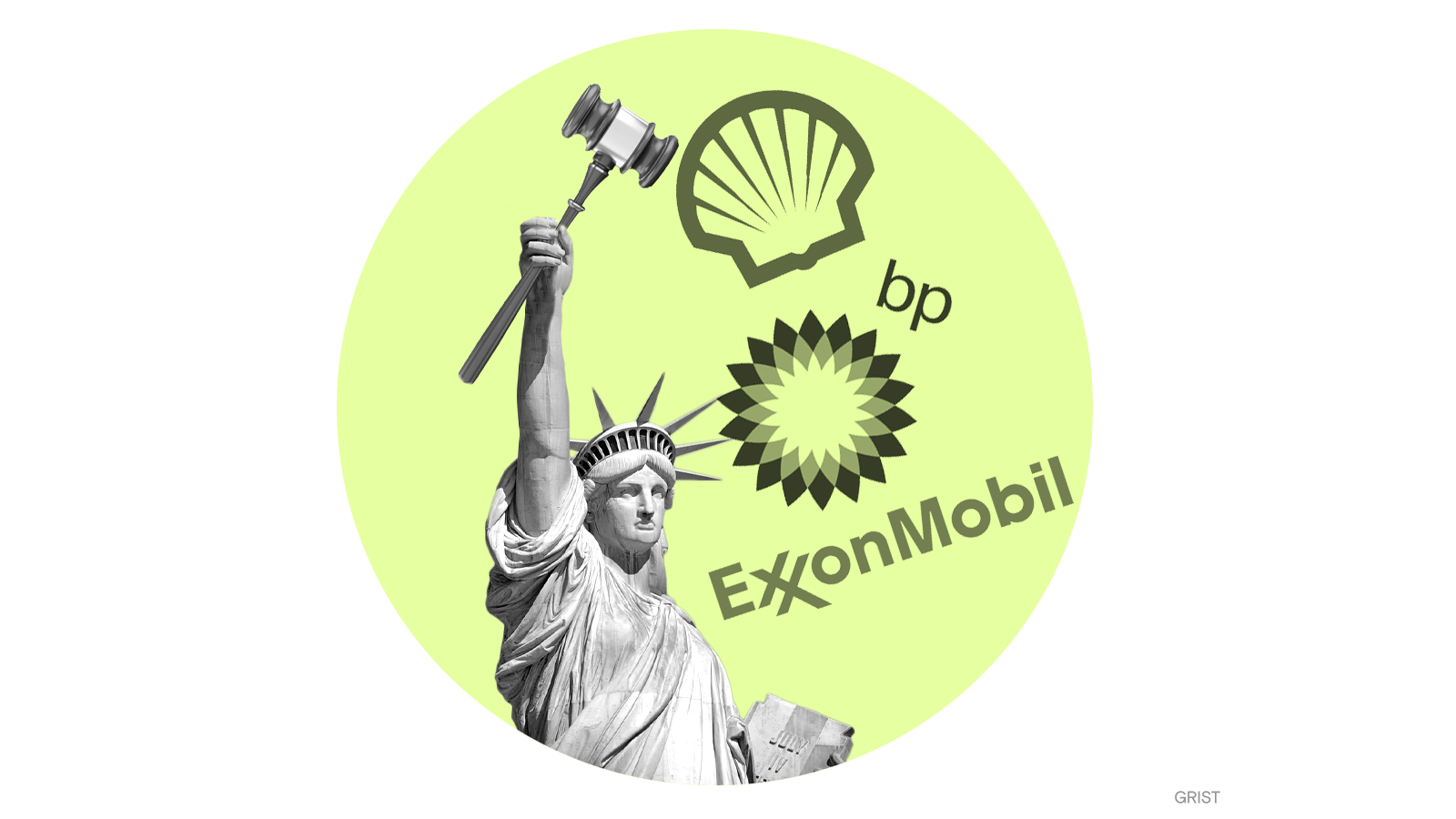 New York City is suing three major oil companies — ExxonMobil, BP, and Royal Dutch Shell — and the top industry trade group, the American Petroleum Institute, in state court for their role in the climate crisis. The lawsuit claims the four industry superpowers “have systematically and intentionally misled consumers” in New York “about the central role their products play in causing the climate crisis.” Specifically, the lawsuit calls out the oil companies for misrepresenting the fuels sold at their branded stations as “cleaner” and “emissions-reducing.”

A similar federal lawsuit brought by the city in 2018 failed earlier this month after a U.S. appeals court ruled that the companies’ production and sale of fossil fuels was “admittedly legal” and that emissions can only be regulated by federal agencies and through international treaties.

While the first lawsuit failed, however, it bolstered the movement to try to hold polluters accountable in court. Since 2018, other municipalities, states, and groups have filed suits and complaints to hold the fossil fuel industry accountable for different deceptive practices and to seek damages for the harms caused by global warming.

The Trump administration delayed roughly $20 billion in hurricane relief to Puerto Rico following major storms in 2017 and then suppressed the federal investigation into the delay, according to an inspector general report obtained by the Washington Post. Administration officials refused to give investigators information related to the relief funds and declined to be interviewed for the investigation.

Chevron is lobbying Congress and the State Department not to impose sanctions on Myanmar, which is being controlled by its military and is inching closer to civil war, because doing so would jeopardize a major gas field there. Chevron is a partner in the field with Myanmar Oil and Gas Enterprise, a state-owned company that is tied to the military officials who staged a coup in February.

Some 85 percent of Mexico is in a drought, and Mexico City, home to 9 million people, is experiencing its worst drought in three decades. Changing precipitation patterns due to climate change have left Mexico City’s water reservoirs more than half empty.

Speeding up the emissions timeline