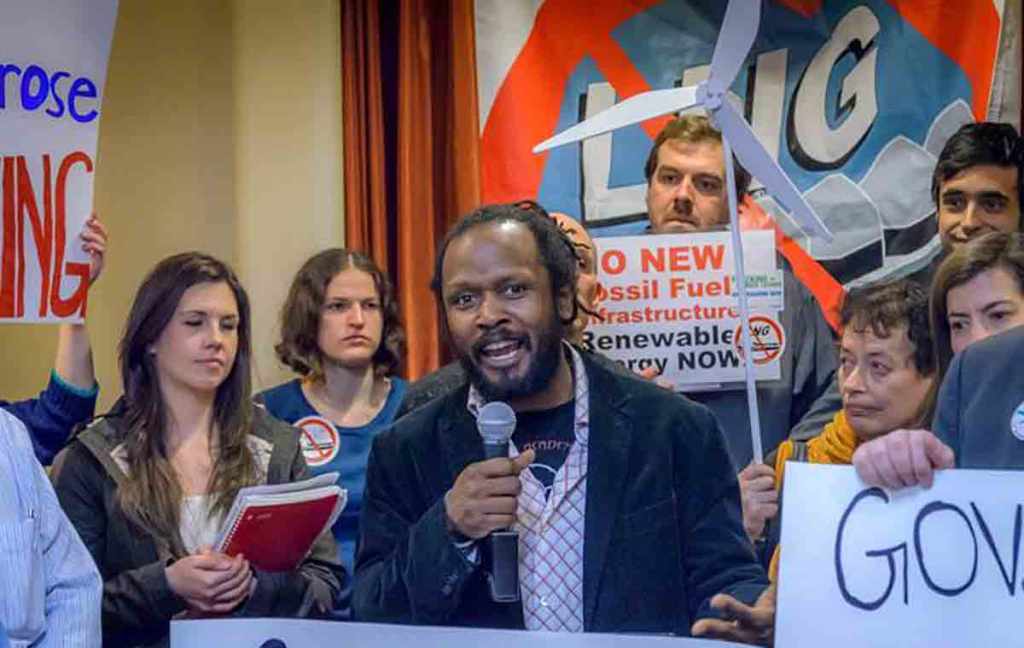 Green cred: As part of the 350.org-affiliated activist group, Rogers-Wright helped shepherd the Historically Black Colleges and Universities (HBCU) delegation to Paris — ensuring that communities of color had a voice in the biggest climate fight yet.

“These students are nothing short of inspirational — they come from these communities that are affected, and while they’re busy in school they’re looking for tactics and knowledge,” he says.

Rogers-Wright also helped lead a coalition responsible for shutting down the Port Ambrose liquefied natural gas facility, planned to be built off Long Island’s coast. Gov. Cuomo vetoed the facility’s application in December 2015. “It was a beautiful win,” says Rogers-Wright. “The [environmental assessment] did not include Latinos as people of color. You can’t pretend that they’re not there.”

What to expect in 2016: Says Bill McKibben, founder of 350.org (and Grist board member): “He’s undeterred by long odds or long hours, and modulates between passion and shrewdness easily. As the climate justice movement continues to mushroom, he’ll be a big part of it.”

Kid justice: Rogers-Wright has been campaigning for change since junior high, when his mother — a Sierra Leonean professor of education, psychology, and feminist thought — thrust him into the streets (literally) to mobilize for David Dinkins, the first African-American mayor of NYC.

“I was never going to be playing video games on her watch,” Rogers-Wright says. He used his “uncanny knowledge of NYC geography” to help campaign officials zip around the city and fix voting problems. “If you can, imagine this little kid rolling around in an Afro, on a walkie-talkie talking to vans around the city.”

Says McKibben: “As the climate justice movement continues to mushroom, he’ll be a big part of it.”

Inside knowledge: Rogers-Wright has a laser focus when it comes to finding flaws in environmental assessments — a skill he honed while helping big corporations write them.

“Before I was doing activism, I was a consultant for multinational corporations and land-use developers, and I made a lot more money than I do now,” he says. “What got me out of that was I got recruited to assess alternative energy projects in Colorado that turned out to be fracking, and I would wake up every morning and throw up. [Now I] get to bring down one of the more powerful corporate entities of all time. I’m not making what I used to make, but I feel amazing.”

“I love funk, and I’m talking about that funk that’s so good your speakers start to drip — saturated funk,” he says. “I used to play way more than I do now.”