It’s Monday, January 13, and universities across the pond are divesting from fossil fuels. 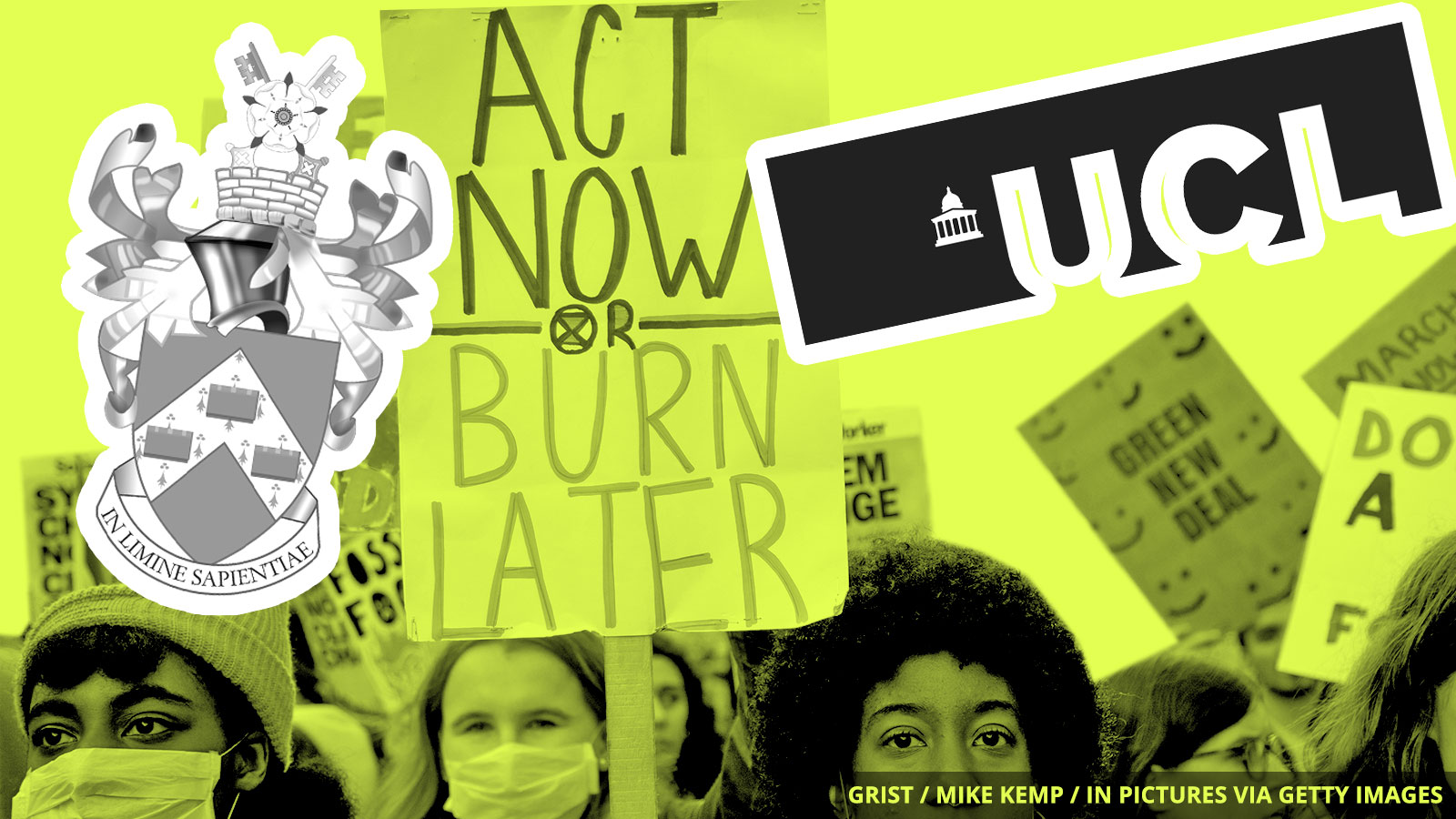 A whopping 78 of the U.K.’s 154 public universities have pledged to ditch their investments in oil, gas, and coal thanks to the efforts of a climate group called People & Planet. Some have already sealed the deal and divested from fossil fuels entirely.

This past year was a busy year for the divestment movement — a campaign to put pressure on big institutions to stop investing money in and profiting off of fossil fuels. Major players like University College London and the University of York have pledged to divest in the past several months. In the United States, Middlebury College in Vermont and the entire University of California system, among other colleges and universities, have taken the plunge.

“Universities not yet divested can now choose to stand with their students on the right side of history or be forever known as complicit in the crimes of climate breakdown,” Chris Saltmarsh, a staffer with People & Planet, told the Guardian.

Five climate activists, dubbed the “Valve Turners” because they shut off the valves on oil pipelines as an act of civil disobedience, have been characterized as “extremists” by the Department of Homeland Security, according to internal documents obtained by the Guardian. Two of the activists were included on a list alongside mass killers and white nationalists.

In case you missed it, much of the country experienced unusual weather in recent days. Boston and New York City saw record high temperatures around 70 degrees F. Meanwhile, snow blanketed much of northern Texas. What’s up with that?

A 5.9-magnitude earthquake rattled an already quake-shocked Puerto Rico on Saturday, causing even more damage to the island’s infrastructure. The new quake led to more power outages in the U.S. territory, which still has vulnerable infrastructure after 2017’s Hurricane Maria.