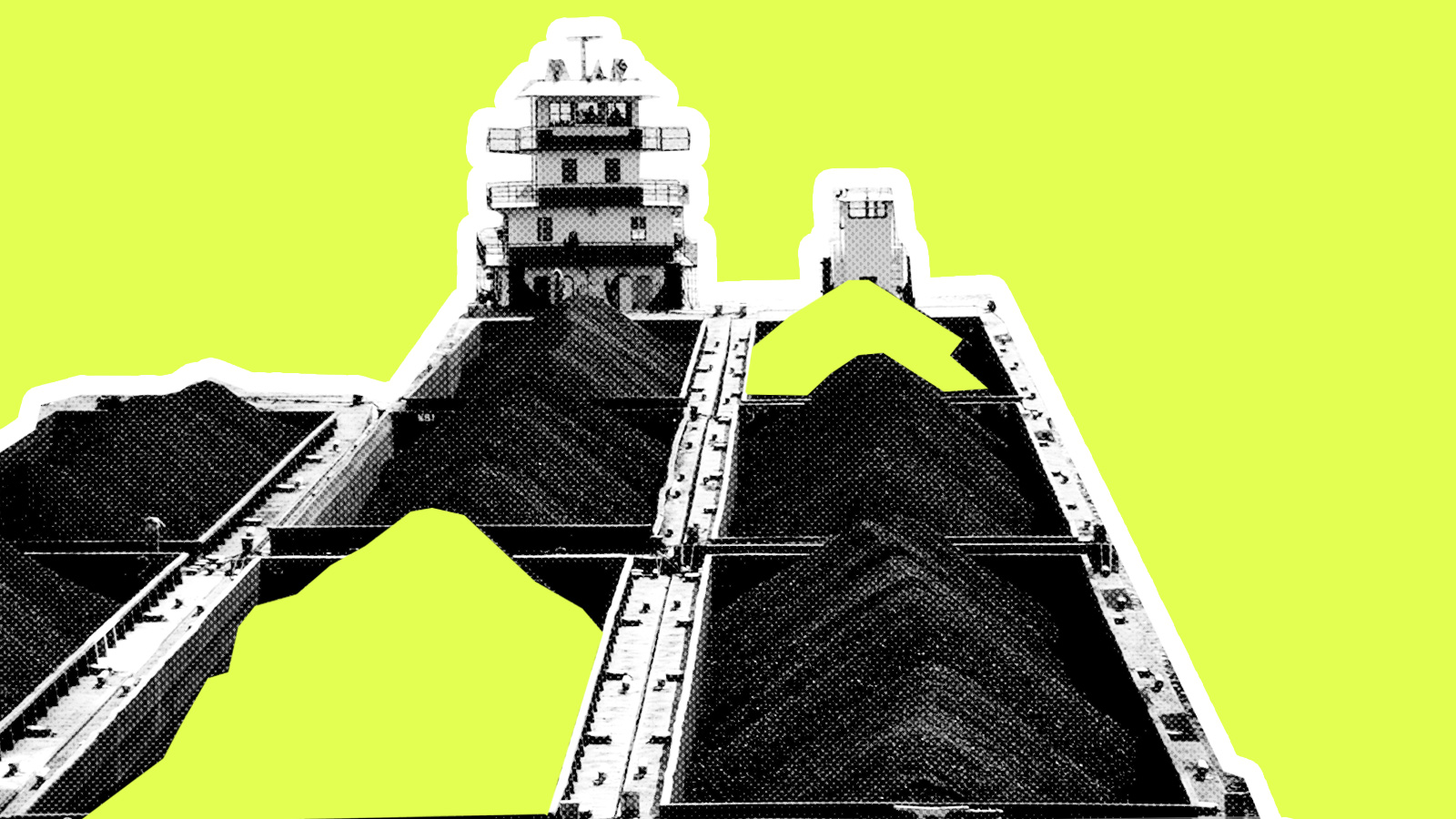 President Trump had promised that coal would make a comeback. Turns out, his coal-fired dreams are turning into a whole lotta ash. Coal consumed by the U.S. power sector has been falling steadily for the past four years. And guess what? Last year marked a record-low — the least amount of coal consumed by the U.S. electric sector since 1983. Some comeback, huh?

A recent analysis from the U.S. Energy Information Administration showed that the country’s appetite for coal in 2017 was 36 percent lower than it was in 2008; some 661 million tons of coal were consumed by power companies last year. Compare that with the first year of Obama’s presidency when we were gobbling up 1,040.6 million tons of the stuff. 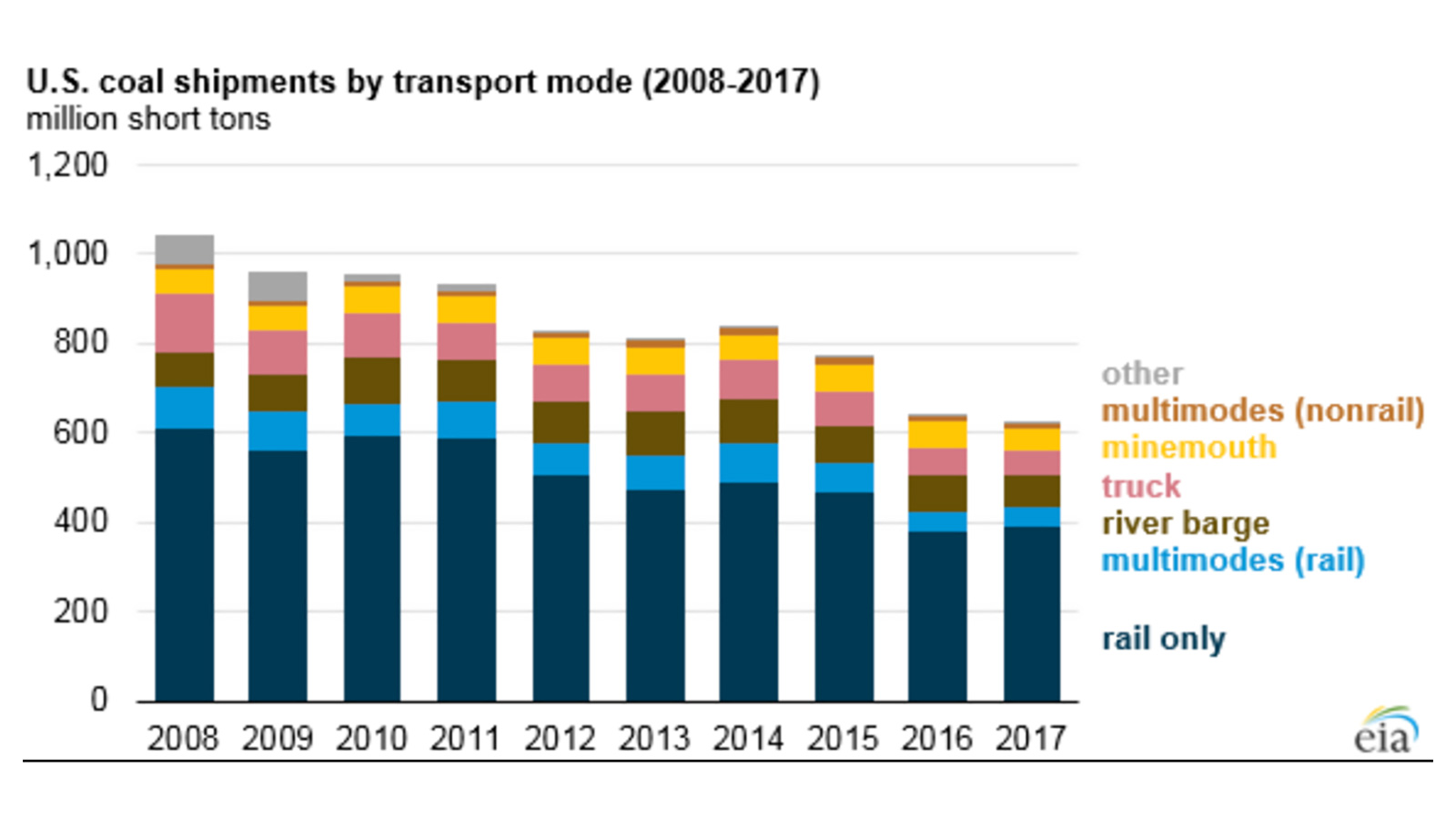 There’s yet more bad news for coal. The amount of coal shipped by rail, the main way it gets to where it needs to go, has slumped, too. It’s now 33 percent lower than the amount that was getting caboosed around a decade ago.

The outlook doesn’t look too sunny for coal. Speaking of sunny, there is a type of energy that’s been steadily thriving in the U.S. The solar sector has ballooned 168 percent in the past eight years and now employs 250,000 people. That’s roughly five times as many people who work in coal. Might be time to switch teams, Trump!

As if all the forest fires and droughts weren’t enough, climate change means the West will soon be hit by devastating floods. According to a new study in Nature Climate Change, “rain-on-snow” floods — where heavy rain triggers the melting of a large snowpack — could triple by 2100 if warming continues unchecked. One such flood happened last year when catastrophic flooding caused the collapse of California’s Oroville Dam spillway, forcing evacuation of 180,000 people.

Climate feedbacks are not a joke, kids. That’s the message of an essay published Monday by leading climate scientists. The authors warn that if certain events arise — the melting of the Arctic summer ice sheet, the release of methane in permafrost,  disruption of the Atlantic Ocean’s Gulf Stream current — feedback loops could push the earth into a “hothouse” state, with changes more scary and permanent than previously expected. Thankfully, it’s not a done deal. The authors argue that with the right action there’s a chance to avoid “hothouse earth.”

Waters off the Southern California coast are the hottest they’ve ever been in recorded history. Scientists have tracked ocean temperatures along the coast of San Diego for more than a century, and they’ve never seen the Pacific’s typically chilly water get this tropical — hitting 78.6 degrees last week. It’s already changing sealife behavior and migration patterns, and making it hotter and more humid on land. If the warmer temperatures keep up, it could make the region more at risk from hurricanes, tropical rains, and flooding from rising sea levels.

“Over a decade or so, we’re going to have more fire, more destructive fire, more billions that will have to be spent on it,” California Governor Jerry Brown said last week. “All that is the ‘new normal’ that we will have to face.”

Brown isn’t the only politician invoking  a “new normal” for the climate. Why on earth is the word normal being thrown around to describe such extraordinary times? Read our deep dive into the origins of the phrase and why it’s actually a pretty accurate way to describe these wild times we’re living in.

Mexico is clamping down on methane emissions