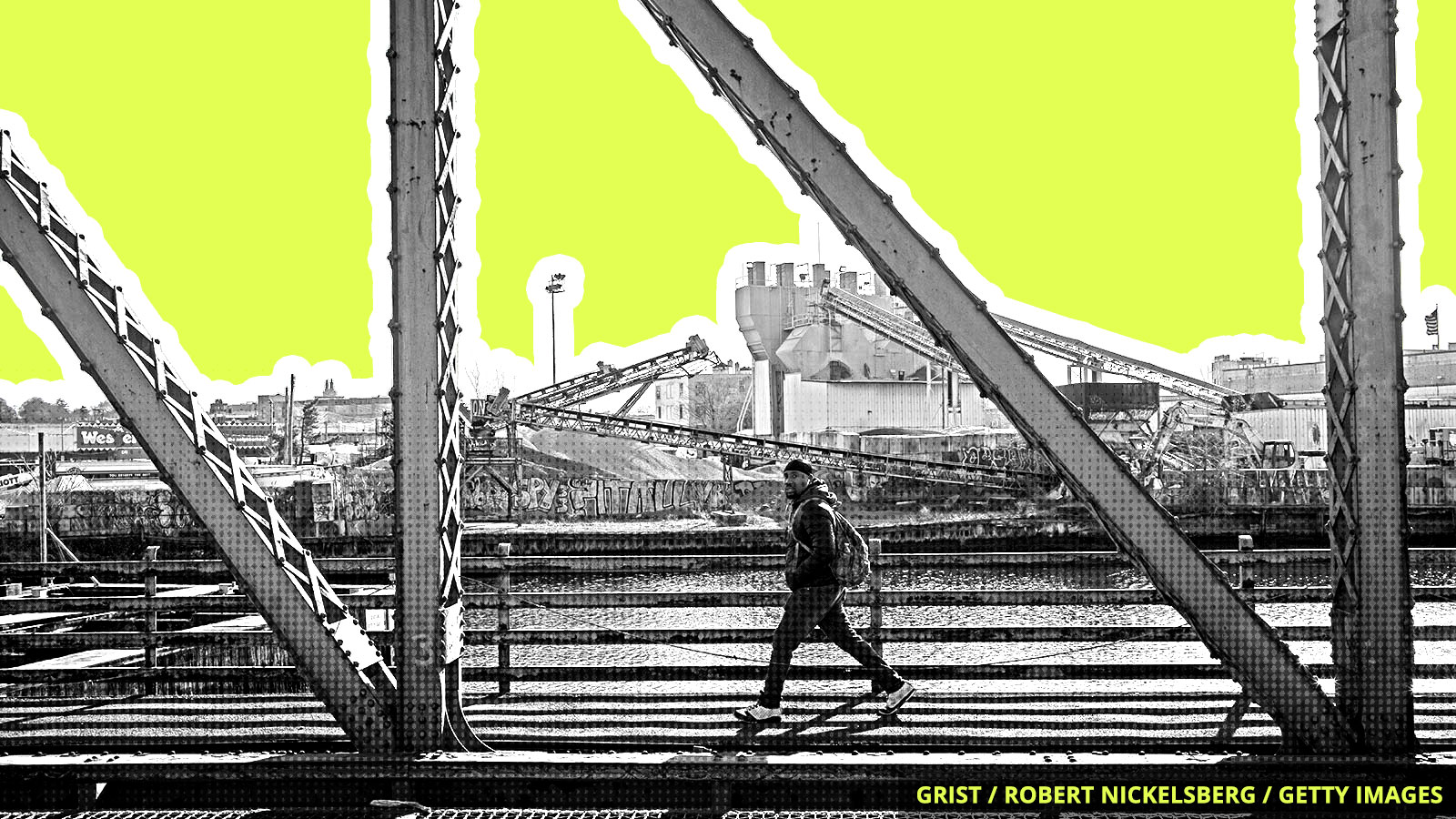 New York’s latest move toward achieving its aggressive decarbonization goals makes good on the promise of a more equitable transition away from fossil fuels. On Tuesday, the New York Power Authority (NYPA), a publicly owned power utility, announced an agreement to work with grassroots environmental groups on a plan to replace six “peaker plants” in New York City with cleaner technologies.

These power plants are designed to fire up only during times of peak demand, like hot summer days when New Yorkers are blasting their air conditioners — and air quality is already compromised. The facilities are disproportionately located in communities of color in the Bronx, Brooklyn, and Queens, areas that are simultaneously burdened with other health risks like heat vulnerability. In addition to emitting carbon dioxide that is heating up the planet, the plants release harmful pollutants like nitrogen oxides, sulfur oxides, and tiny, easily inhalable particles that contribute to respiratory issues.

NYPA has agreed to share all data and analysis with the PEAK Coalition, an alliance of five leading environmental justice groups, as it studies replacement options. It will even hire an independent consultant to help PEAK interpret technical details, giving the coalition the tools to push back on proposals they don’t agree with.

NYPA is aiming to have a final report with recommendations by next June, at which time it and PEAK will discuss next steps.

The Trump administration on Thursday declined California’s request for disaster relief funds following widespread destruction from six of the state’s most recent wildfires. Those blazes alone have scorched more than 1.8 million acres, caused at least three deaths, and destroyed thousands of structures. The White House said California’s request was “not supported by the relevant data.”

Phoenix, Arizona, logged its 144th day of triple-digit heat so far this year on Wednesday, breaking a 1989 record for the number of 100-degree F days in a calendar year. From April to September, the state also experienced its driest period ever — part of an ongoing drought affecting almost half of the U.S.

Almost 10 years after an earthquake caused multiple meltdowns at the Fukushima nuclear reactor, media reports say Japan is preparing to release more than 1.1 million tons (1 million metric tons) of contaminated water from the facility into the ocean. The water would be filtered and diluted to remove most radioactive particles, but Japanese fishing industry representatives fear the water’s release could harm their reputation.

Ikea wants its bookshelf back