It’s Friday, August 27, and Congress might actually put the U.S. on the path to meet the Paris Agreement. 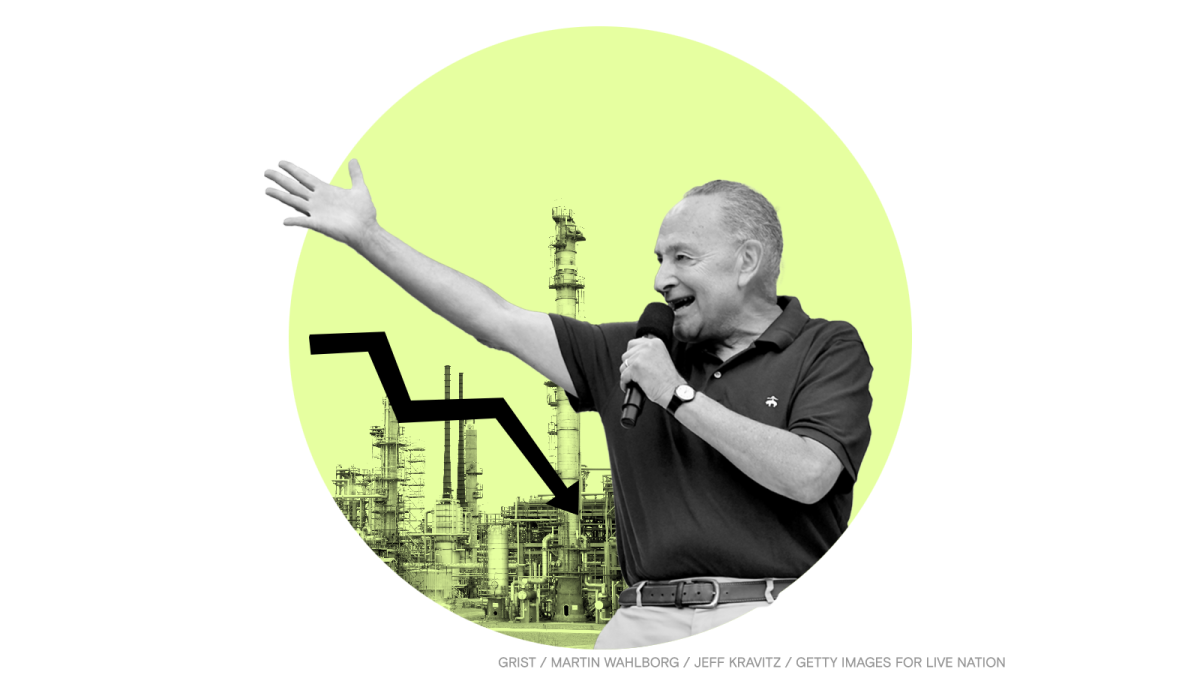 In a letter sent to colleagues this week, Senate Majority Leader Chuck Schumer said that the bipartisan infrastructure bill and reconciliation package that are working their way through Congress would together put the U.S. on the path to meeting President Joe Biden’s climate goals.

That conclusion comes from an analysis conducted by Schumer’s office, which showed that climate provisions in both bills would reduce domestic greenhouse gas emissions 45 percent below 2005 levels by 2030. Adding in the projected effects of policies planned by states like New York, California, and Hawaii, Schumer said the U.S. would reach a 50 percent reduction in emissions by 2030. Biden has committed to a 50 to 52 percent reduction in emissions by that year, in line with the 2016 Paris climate agreement.

The most effective federal provisions are in the reconciliation package, which Democrats hope to pass with a simple majority in the Senate. That package currently contains a clean electricity payment program that would incentivize electric utilities to provide 80 percent of their power from carbon-free sources by 2030, as well as tax breaks for clean energy projects. Together, those two programs would account for 42 percent of Schumer’s projected emissions cuts from both pieces of legislation.

Schumer wrote in the letter, “At the same moment that historic drought and wildfire threaten the West and powerful floods and hurricanes impact large swaths of our country, we are on the precipice of the most significant climate action in our country’s history.”

Tropical Storm Ida is gaining strength in the Caribbean Sea and is predicted to become a strong hurricane as it closes in on the U.S. Gulf Coast. Unusually warm water in the Gulf of Mexico could supercharge the storm before it makes landfall on Sunday or early Monday somewhere between Texas and Alabama.

The COVID-19 pandemic led to a steep decline in emissions in 2020, but that didn’t stop atmospheric concentrations of greenhouse gases from rising to their highest levels ever last year. That’s according to the National Oceanic and Atmospheric Administration’s annual State of the Climate report, released Wednesday, which also shows that 2020 was the warmest year on record — and had the highest global sea levels on record, too.

A draft of Russia’s climate plan shows that President Vladimir Putin’s government is planning for the country’s emissions to rise 8.2 percent by 2050. That increase, the plan says, will be offset by natural climate solutions like planting trees, restoring wetlands, and reducing wildfire activity. Experts say planting trees is not a substitute for slashing emissions.