It’s Wednesday, September 9, and Poland is accelerating plans to phase out coal. 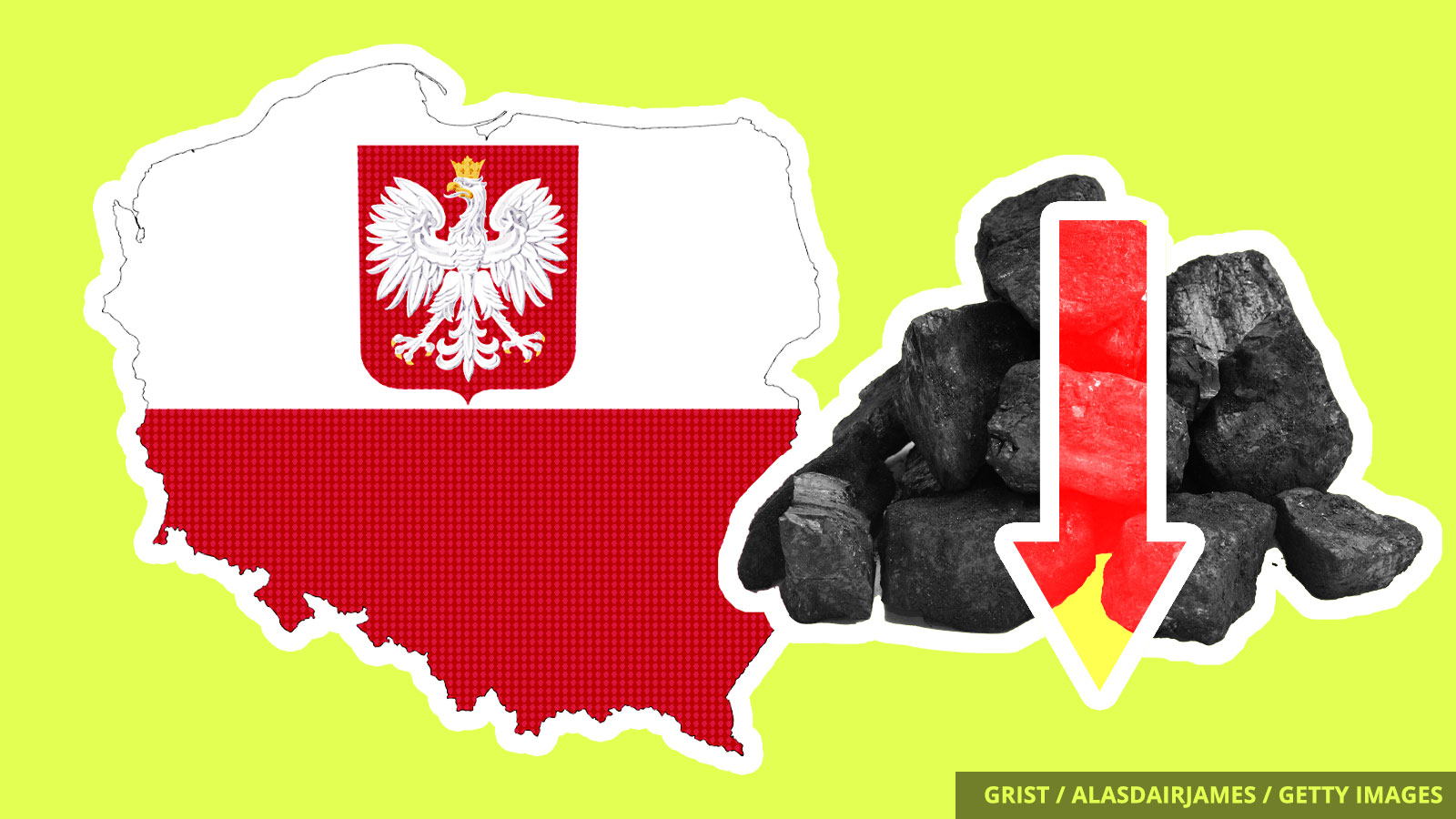 Poland, one of the largest coal-producing countries in the European Union, is speeding up its transition away from the fossil fuel. The country’s climate ministry announced a plan Tuesday to invest a whopping $40 billion into nuclear and $35 billion into wind energy, in an attempt to bring the country more in line with its neighbors.

Currently, Poland generates 74 percent of its electricity from coal — much of it mined in the region of Silesia. That area became infamous in the climate world back in 2018, when the United Nations climate conference, COP24, was held in the Silesian city of Katowice. Rather than try to hide the city’s association with coal mining, the organizers leaned in: Katowice’s booth at the conference featured soap, earrings, and even cufflinks made out of coal.

Now, however, the rising costs of emissions permits — which are required by the European Union’s cap-and-trade system — are pushing Poland’s government toward renewables. If the new energy strategy pans out, only 11 to 28 percent of the country’s electricity will be coal-generated by 2040.

The policy still has to be approved by the government, and in other ways Poland is still lagging behind: It remains the only country in the E.U. that hasn’t set a goal for net-zero emissions by 2050.

As wildfires continue to ravage California, Oregon and Washington residents are also facing extreme fire danger. Thousands of people have had to evacuate their homes in Oregon, where Governor Kate Brown has declared a state of emergency. And in Washington state, more land area was burned on Monday than was burned in the past 12 fire seasons.

The chances to limit global warming to 1.5 degrees C (2.7 degrees F) are slipping away, according to a new report from the United Nations. The 2016 Paris Agreement aimed to limit total warming to 1.5 degrees C to avoid the worst effects of climate change, but scientists now say there’s a one-in-four chance that the earth will warm that much within just the next five years.

Roughly 13 percent of all deaths in Europe can be attributed to environmental factors, according to a new report from the European Environment Agency. The biggest health risk, air pollution, can cause diabetes, lung disease, and cancer, and it contributes to more than 400,000 premature deaths each year in the E.U.’s 27 countries and the U.K.

How to clean up Big Soap