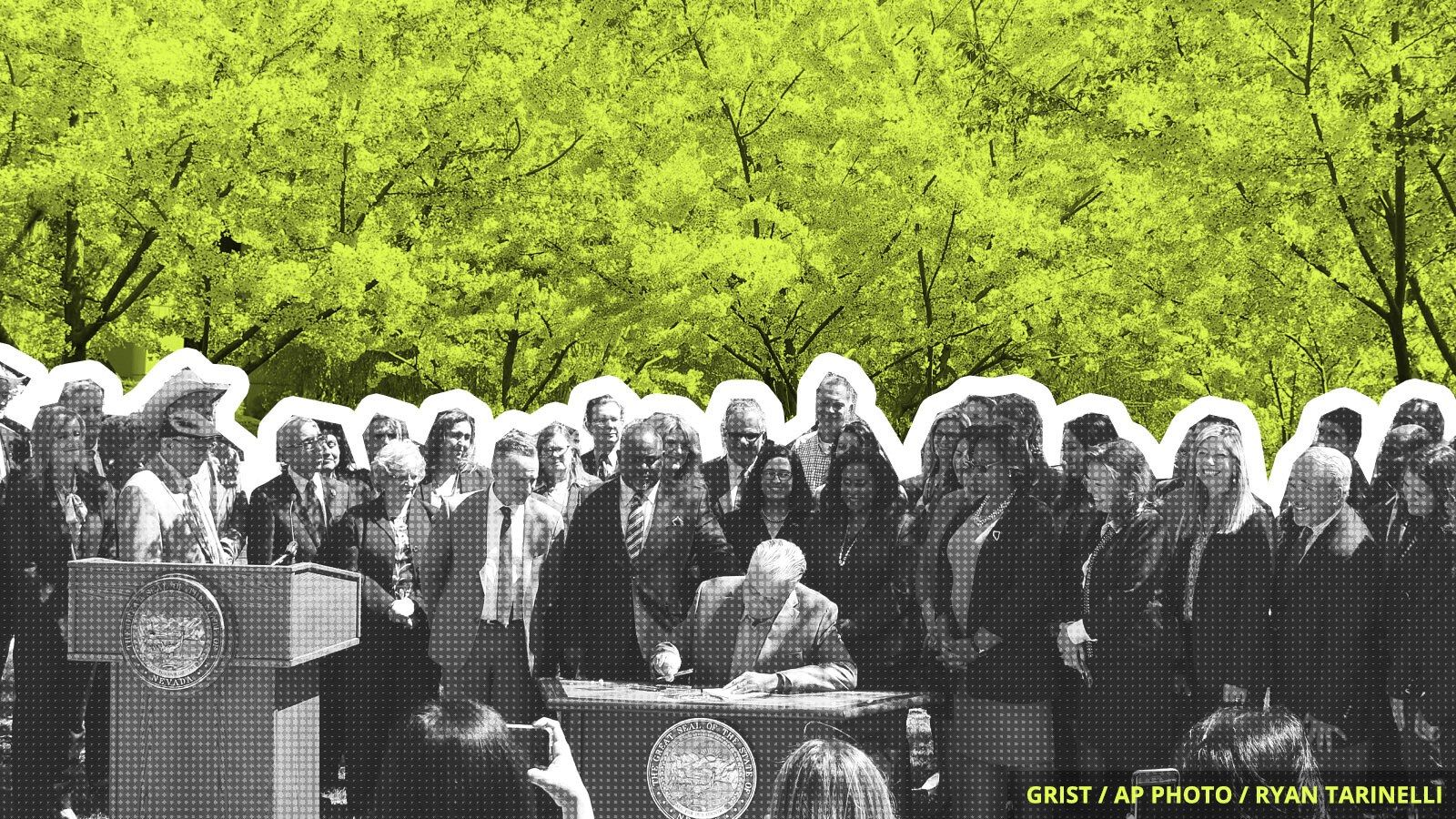 The peer pressure to clean up the electric grid is gripping the country. Recent weeks have brought a flurry of ambitious clean-energy pledges.

On Earth Day, Nevada’s governor signed into law a measure banning fossil-fuel generated electricity by 2050. Washington’s legislature just sent a bill to Governor Jay Inslee (a 2020 presidential contender) that would have the Evergreen State running on purely carbon-free electricity by 2030.

Last month, New Mexico committed to 100 percent clean electricity by 2045. California, the District of Columbia, Hawaii,, and Puerto Rico passed similar laws in the past several months. There are similar bills pending in Illinois, Minnesota, New York, New Jersey, Virginia, Florida, and Massachusetts. And don’t forget the 100-odd cities — from Orlando, Florida to Pueblo, Colorado — that have vowed to kick their own fossil-fuel addictions.

A nationally recognized drug rehab nonprofit has been making millions off patients’ free labor for companies like Walmart, Exxon, and Shell, a Reveal investigation has found. Some patients of the Cenikor Foundation worked up to 80 hours per week and rarely, if ever, received counseling.

Over half of the new oil and gas pipelines being built throughout the world are in North America, according to a new report by Global Energy Monitor. The infrastructure would increase the number of pipelines in use around the world by a third. If built, the new pipelines would be funneling fossil fuels for the next 40 to 50 years, and would lead to an increase in CO2 emissions by an additional 559 million tons each year by 2040.

When we picture the effects of climate change, it’s often something we can see. But global warming is actually hitting those living under the sea hardest, according to a new study in Nature. Marine animals are dying off at twice the rate land animals are. It’s particularly impacting sea life humans rely on for food, like fish, mollusks, and shellfish.

If it’s Hoboken, fix it!