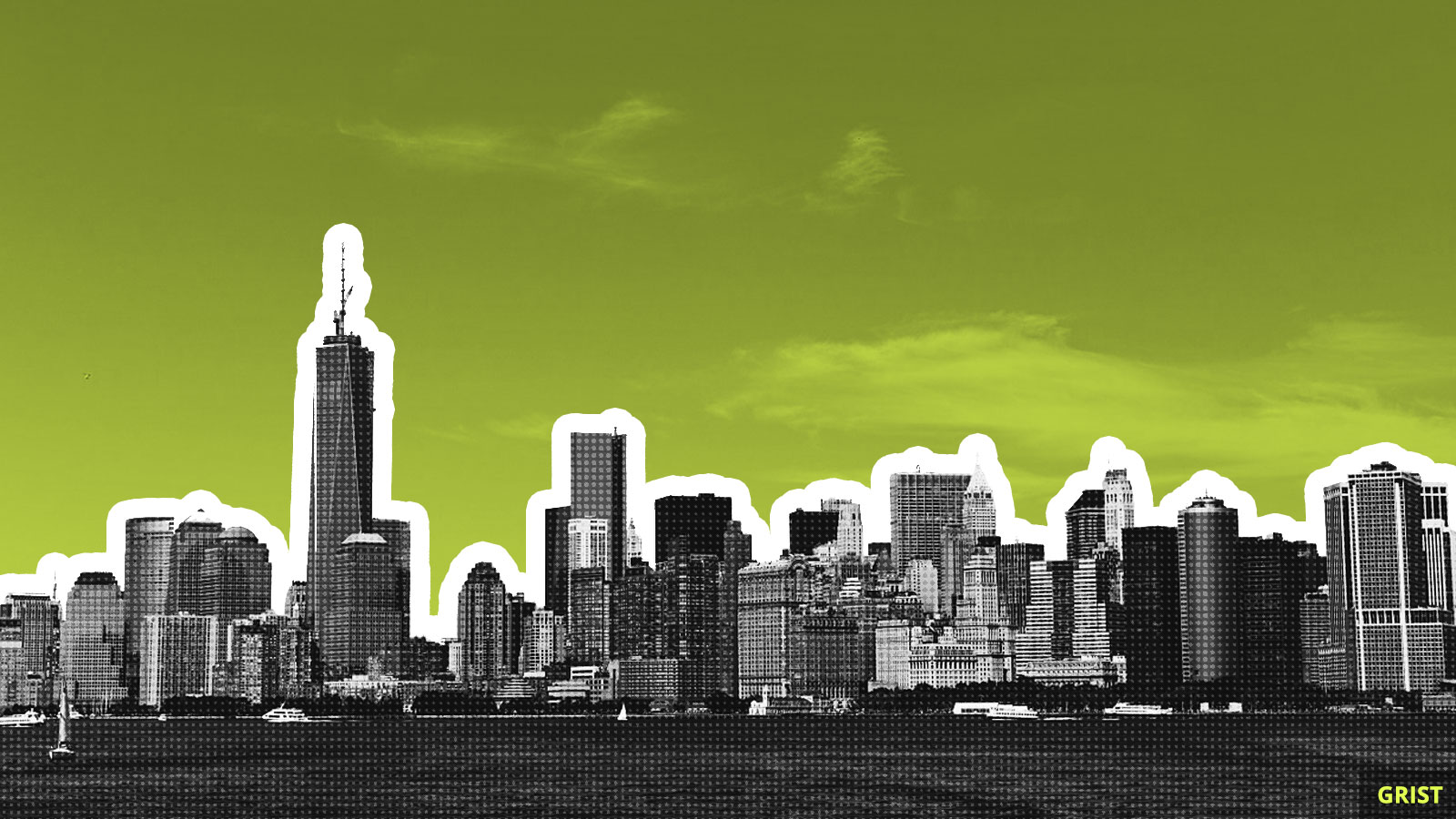 While America’s lawmakers in Washington, D.C., hash out the political feasibility of — let me check my notes real quick — even the smallest-scale action for the climate, the Big Apple is on its way to achieving its own green dream.

As Alexander Kaufman of HuffPost reports, “The nation’s largest city is poised to enact what may be the most ambitious municipal emissions reduction bill in the world.”

The New York City Council will vote on the Climate Mobilization Act on April 22, Earth Day. Here’s what’s included: a study of the city’s 24 oil and gas power plants and whether it’s possible to close them; a loan system to help landlords make their buildings greener; two bills to help put renewables on some city roofs; and a piece of legislation that paves the way to build more wind turbines. What’s likely the most important of the lot would require the city’s biggest buildings — those over 25,000 square feet — to become more energy-efficient. Think new windows and better insulation.

The Pentagon just moved to terminate the contract of an independent science advisory group called JASON. The members of JASON, named after the first letters of the months they typically met, have conducted many studies informing important legislation over the decades. In the 1980s, the group was among the first to present its findings on the scientific connection between rising temperatures and greenhouse gas emissions to Congress.

The Senate confirmed David Bernhardt, a former oil lobbyist, as Interior secretary in a 56-41 vote on Thursday. The Washington Post has previously reported that Bernhardt has so many conflicts of interest he has to carry them around on a piece of paper. Three Democrats — West Virginia’s Joe Manchin, New Mexico’s Martin Heinrich, and Arizona’s Kyrsten Sinema — crossed the aisle to vote Bernhardt in.

Americans used more energy last year than any other year in history, says a new analysis from the Lawrence Livermore National Laboratory. The U.S. consumed 3.6 percent more energy than the year before. What did we do with it? Well, nearly 70 percent of all the energy supplied was wasted. The official term is “rejected energy,” and it’s what happens when we fail to use the power we generate.