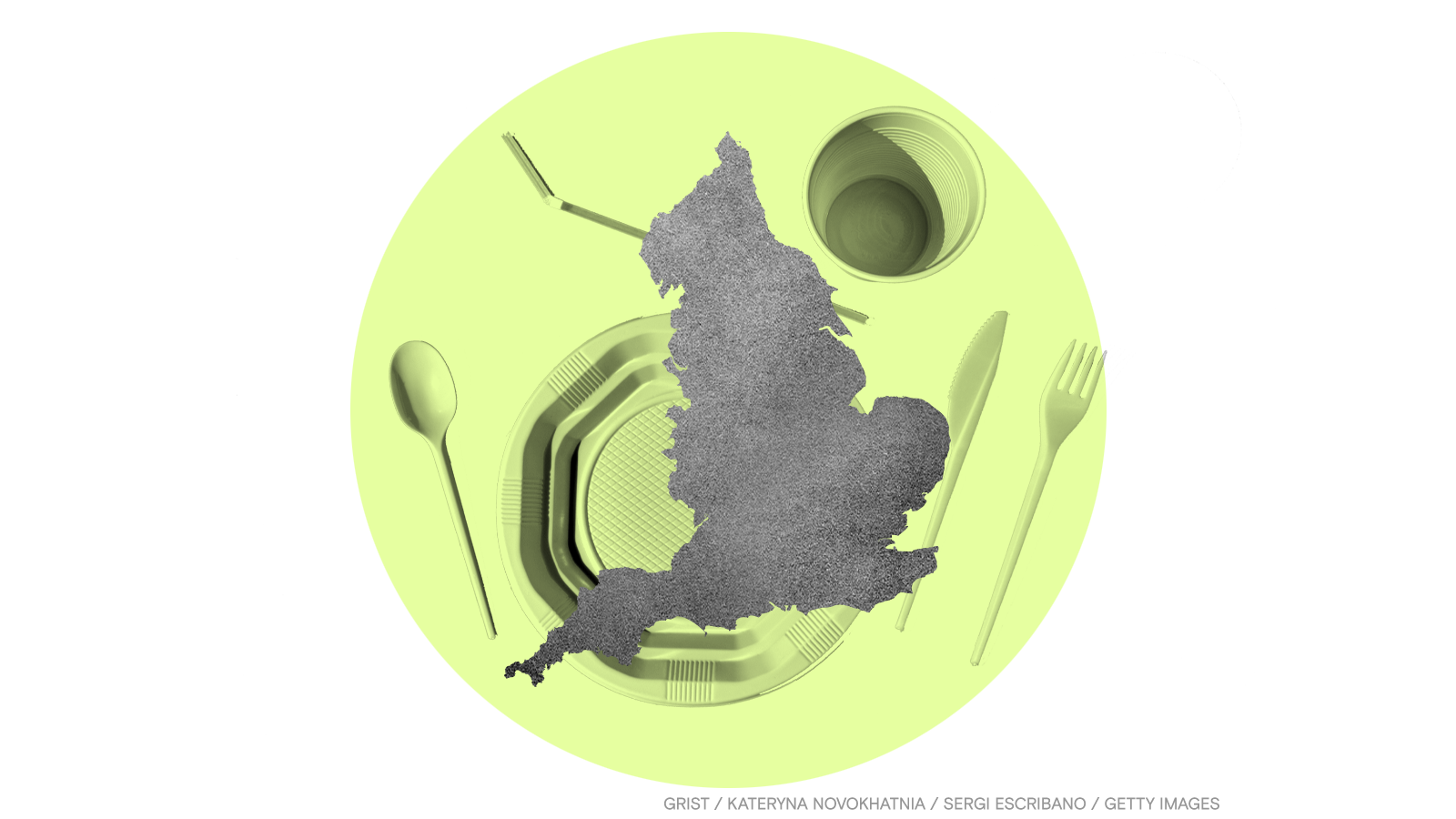 England might throw out single-use plastics for good. Under plans announced by Prime Minister Boris Johnson’s government last week, England would reduce plastics’ burden on the environment by banning single-use plastic plates and cutlery, along with polystyrene cups.

The ban, set to be fully implemented within the next few years, would drastically reduce plastic’s stronghold on England’s landfills. The U.K. government estimates that the average British citizen uses 18 disposable plastic plates and 37 single-use knives, forks, and spoons each year, and that plastic pollution contributes to the deaths of more than 1 million birds and 100,000 sea mammals across the globe every year.

“We’ve all seen the damage that plastic does to our environment,” George Eustice, the U.K.’s environment secretary, said in a statement. “It is right that we put in place measures that will tackle the plastic carelessly strewn across our parks and green spaces and washed up on beaches.”

Research has shown that the U.K. and the United States produce more plastic waste per capita than any other countries in the world. Scotland, Wales, and Northern Ireland have already implemented plans to phase out single-use plastics, and the European Union has already banned several types of disposable plastic products.

Hurricane Ida slammed into Louisiana on Sunday as a Category 4 hurricane, one of the strongest storms to ever hit the U.S. Amid widespread damage and at least one death from the storm’s 150-mile-per-hour winds and severe flooding, more than 1 million residents in the state are without power, including the entire city of New Orleans.

The quickly-spreading Caldor Fire is racing toward Lake Tahoe, where responders have issued evacuation orders and warnings for residents of the heavily wooded area. The almost 180,000-acre blaze has razed more than 650 structures and injured five people since it began in mid-August, and the U.S. Army has deployed more than 200 soldiers to help fight it and other wildfires in Northern California.

The U.S. Postal Service is planning to buy up to 165,000 delivery trucks over the next decade — 90 percent of which could be gas-powered rather than electric. Despite the Biden administration’s push for federal agencies to adopt EVs, the USPS argued in a draft environmental impact statement that many of its long, remote routes make zero-emission trucks “unfeasible or impractical.”