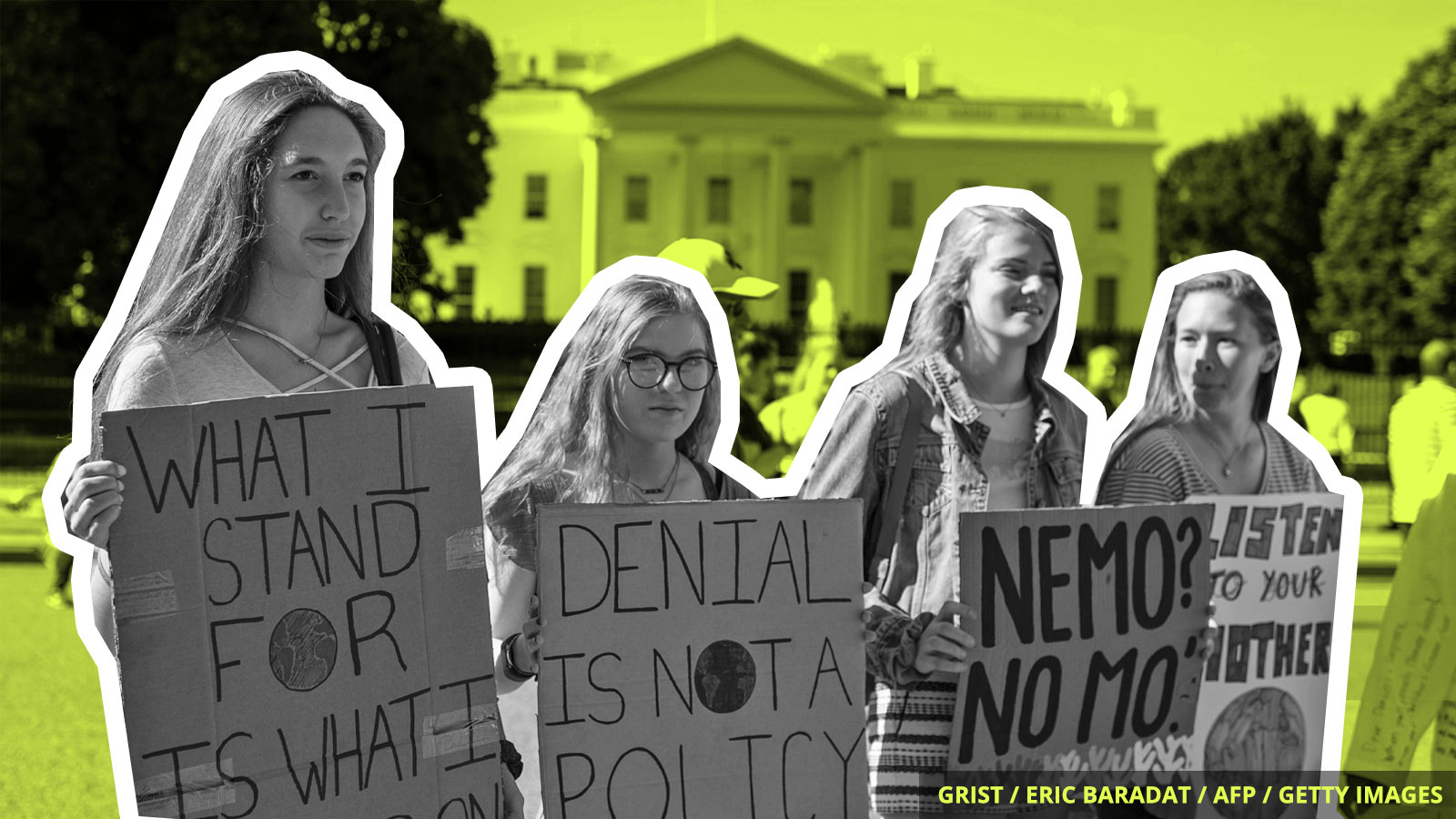 Around 150 young protesters held a demonstration outside the Democratic National Committee offices in Washington, D.C., on Tuesday, demanding the DNC host a specialized debate focused on the climate crisis.

“I know that the crisis I see in my community is bigger than the few sentences they’re going to spend on it over the next few nights,” shouted Abigail Leedy, an 18-year-old protester from Philadelphia protesting with the Sunrise Movement, according to the Guardian.

The DNC has declined to host a climate-specific debate, something Washington governor and presidential hopeful Jay Inslee has been pushing for since the early days of his campaign. DNC Chair Tom Perez said that hosting a single issue debate is “just not practical,” and has warned Inslee and others that anyone participating in a non-DNC sanctioned climate debate will be barred from participating in future official primary face-offs (though Town Hall discussions on a specific topic are still OK).

With this week’s first round of debates taking place in Miami, a city on the front lines of the climate crisis, the topic is likely to come up. But it remains to be seen how much time will be spent on the crisis. The last Democratic presidential debate in 2016 had no climate questions at all.

Dozens of Sunrise Movement protesters have pledged to camp out in front of the DNC’s D.C. headquarters until the organization agrees to a climate debate.

Top EPA air pollution official Bill Wehrum is resigning amid scrutiny from Democratic lawmakers and environmental groups over his ties to past industry clients. The former lobbyist was the architect of the agency’s controversial ACE rule, which replaced and finalized the rollback of the Obama-era Clean Power Plan.

In an apparent victory for Oregon Republicans, Democrats in the state Senate tabled a climate bill on Tuesday due to lack of support. The news comes a week after all the state’s GOP senators staged a walkout and went into hiding to deny the Democratic majority a quorum. One Republican state senator said that any state troopers sent to retrieve him should “come heavily armed.”

One of India’s largest cities, Chennai, is dealing with a crippling environmental crisis: It’s running out of water. The four reservoirs that supply approximately 10 million people in the area have nearly run dry, forcing restaurants, businesses, and schools to close. Some residents waited in line for hours to try to buy water from municipal or private tankers. Local climate experts say a mix of government mismanagement and climate change is to blame.

Time for a reality tech