It’s Friday, July 24, and the E.U. wants to spend more than half a trillion bucks fighting climate change. 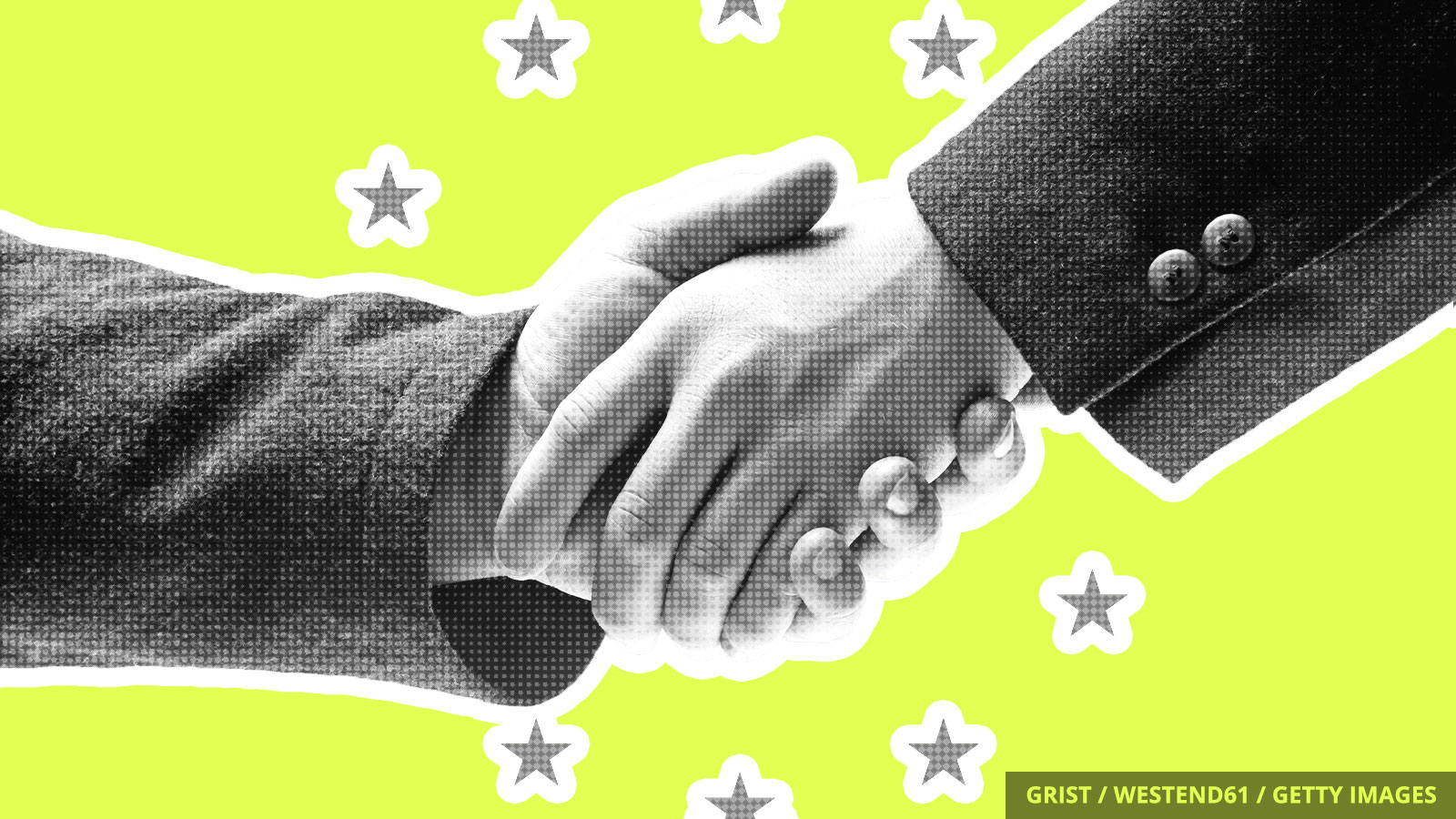 Following five days of negotiations over the European Union’s economic stimulus package, its leaders emerged earlier this week with $572 billion earmarked to fight climate change — accounting for nearly a third of the package’s total funding over the next seven years.

The recovery deal has been called the “world’s greenest stimulus plan,” and it puts the E.U. far ahead of other major emitters in the effort to slash emissions to net-zero by 2050. According to an analysis by Bloomberg Green, prior stimulus packages passed around the world — including some by individual E.U. countries — prioritized carbon-intensive industries like fossil fuel extraction than for green policies.

In addition to providing funding for sustainable agriculture, renewable energy, and electric vehicles, negotiators agreed to consider raising the E.U.’s overall target for emissions reductions by 2030 from 40 percent to as much as 55 percent (relative to 1990 levels). Plus, the deal will create an E.U. climate bank and implement a bloc-wide tax on non-recyclable plastic waste in 2021.

Despite its historic significance, many climate activists have expressed disappointment in the deal. Greta Thunberg called it “vague” and an incommensurate response to the climate emergency — its funds fall far short of the $2.79 trillion that researchers say the bloc needs for rapid decarbonization.

“As long as we keep playing the game on their terms,” Thunberg tweeted, “this is all we’ll get — the leftover breadcrumbs.”

The amount of plastic in the ocean is expected to triple by 2040, a new study says. Some 11 million metric tons of plastic flow into the ocean each year, threatening marine life. The new research, produced by scientists and industry experts for The Pew Charitable Trusts and SYSTEMIQ, says that if no action is taken, that number will rise to 29 million.Governments and companies around the world will need to invest heavily to expand recycling, switch to using more biodegradable materials, and change how waste is collected to avoid piling up more plastic in the oceans.

Racial and ethnic minorities in the United States are three times less likely to have access to green spaces, a report from the Center for American Progress and Hispanic Access Foundation says. The disparity comes from a legacy of community segregation, mortgage discrimination for homeowners, and cities’ regularly putting parks in white and higher-income neighborhoods.

Chevron is using California’s carbon-trading program to install solar panels, all to make it cheaper to pump oil The oil giant has been using solar panels since April to power 80 percent of its Lost Hills oil field, according to Bloomberg Green. With the help of California’s carbon-trading program, Chevron will receive low-carbon fuel standard credits worth about $4 million.