Today is Monday, June 25, and the ferry of the future is headed for San Francisco. 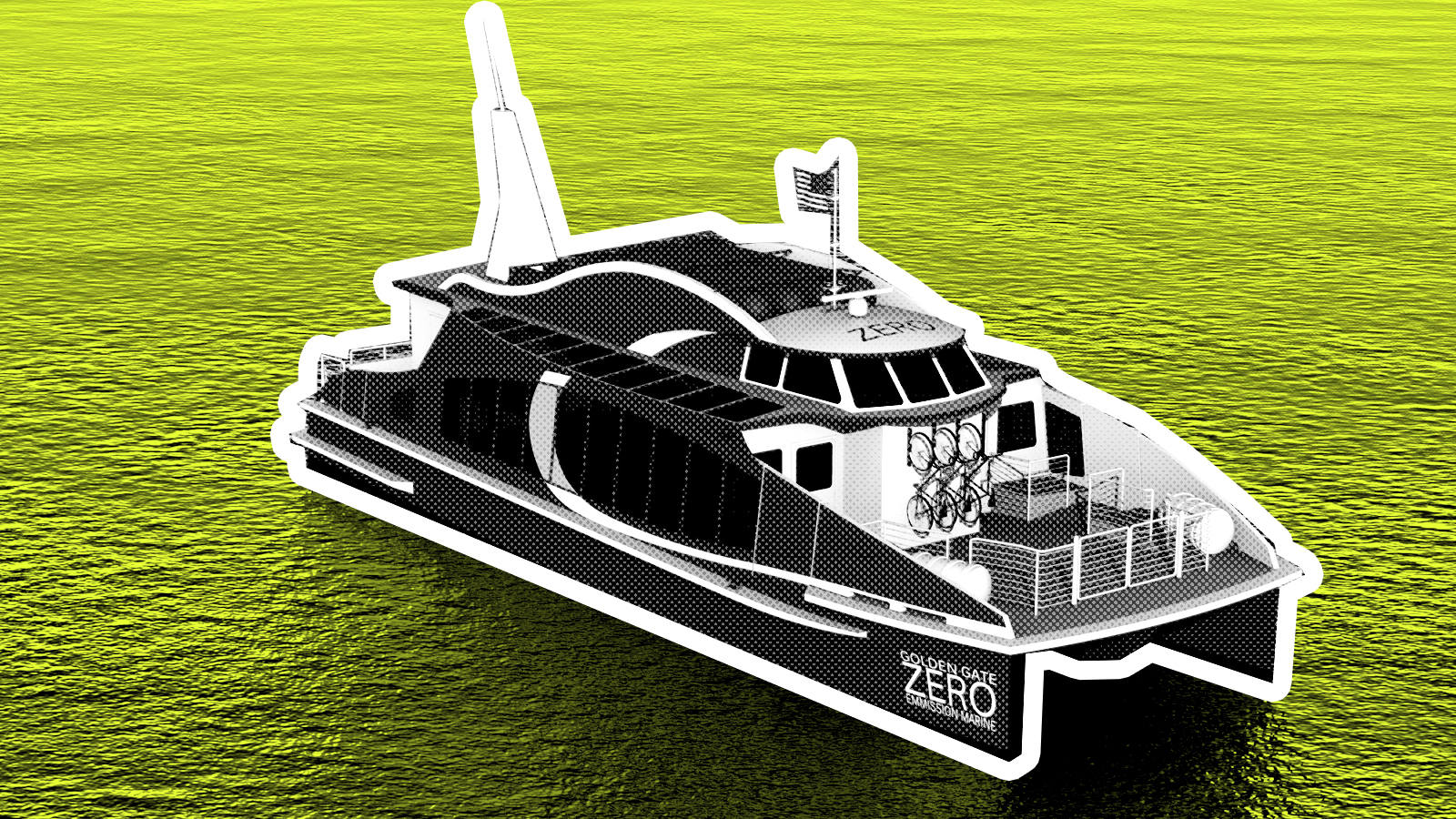 While electric cars advance on solid ground, ships and other vessels are still listing in a fossil-fuel doldrum. Carbon emissions from ships could increase by a whopping 250 percent by 2050, according to the International Maritime Organization, thanks to ballooning populations and bigger economies.

Around the world, there’s an effort underway to reign in pollution from water-borne vessels and get the maritime industry back on course.

A new ferry project in San Francisco could become the tugboat the maritime industry needs to drop fossil fuels. Today, the California Air Resources Board announced a $3 million grant to help build the Water-Go-Round, a ferry powered by hydrogen fuel cells. The new ferry, which will be 70 feet long and hold 84 people, should be up and running next fall. The best part? It’s expected to produce zero emissions.

A hydrogen fuel cell combines hydrogen and oxygen to create electricity. That means that the only byproduct that will come out of the new ferry will be … water. Pretty cool, right? A bunch of ship projects, mostly in Europe, already use this technology.

The big question is whether hydrogen fuel cells can be used on other kinds of boats. The technology is still pretty expensive, and shipbuilders are more accustomed to working with batteries than hydrogen. But hydrogen prices are on the decline. And if Water-Go-Round’s launch is successful, it might inspire more people to hop aboard the hydrogen fuel cell ship!

Check out this story for more on Water-Go-Round.

The Little Rock River in Iowa had a disastrous weekend, after a derailed BNSF train dumped 230,000 gallons of oil into the water. The nearby town of Rock Valley was also facing extreme flooding, which prompted the governor to issue a disaster proclamation.

In other oily news: The American Petroleum Institute is on a mission to convince Hispanic and black communities that President Trump’s controversial offshore drilling plan would be great for them. The lobbying group is touting the prospect of high-paying jobs offshore that don’t require college degrees. Never mind the oil spills.

Here’s hoping that one day this newsletter will have no mention of Scott Pruitt. But until then, here’s your daily dose: The EPA administrator allegedly retaliated against agency staffers who expressed discomfort with his spending habits (like sending someone out for lotion and buying ridiculously expensive pens) and considered hiring a pal of the lobbyist family who owns the condominium he was renting for $50 a night.

It’s been 30 years since James Hansen first testified to Congress about the dangers of global warming. We talked to climate scientists about how the famous NASA scientist inspired their careers and approaches to advocacy.

West Antarctica’s bedrock is like a Bouncy Castle for ice