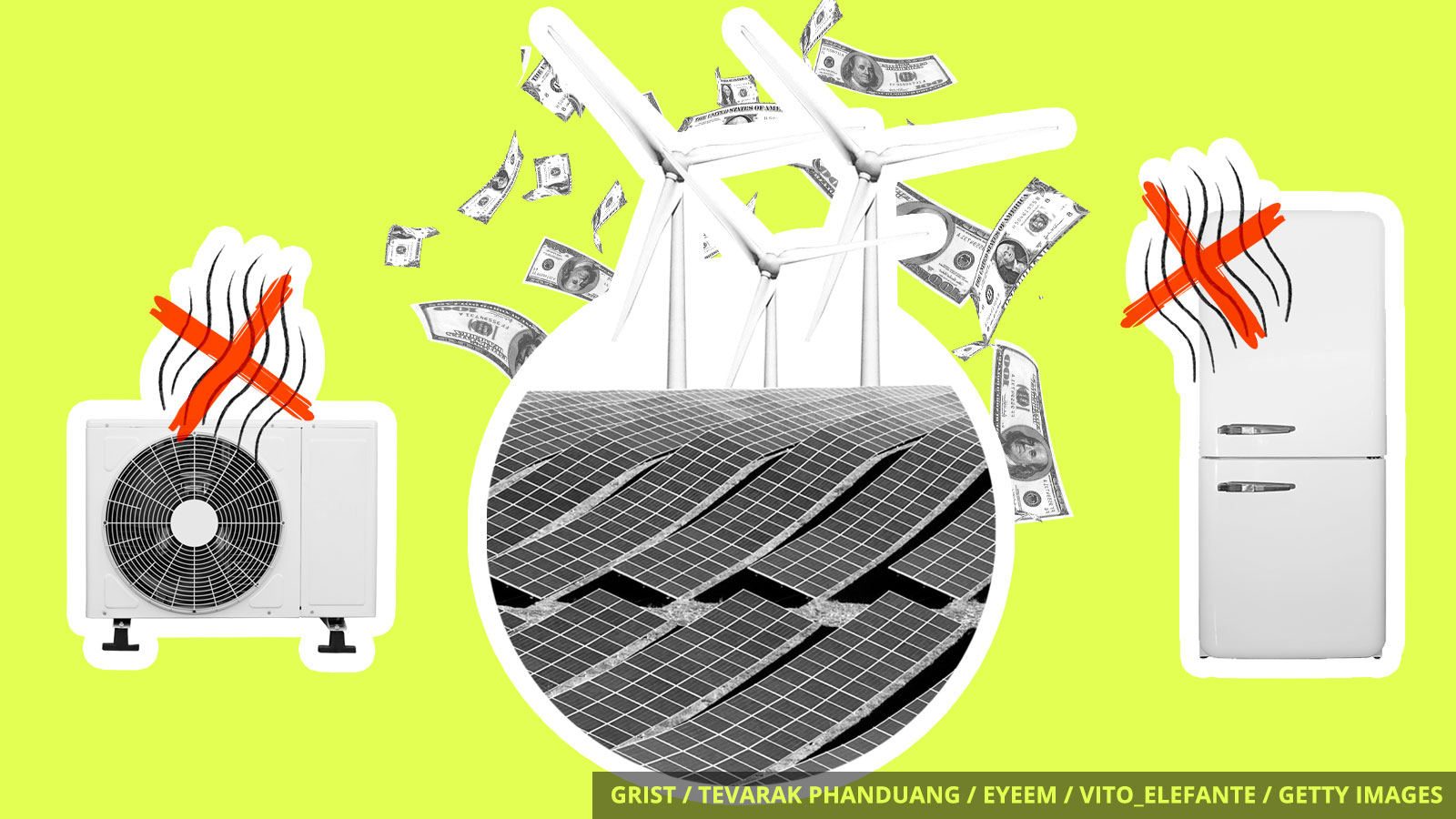 After months of excruciating gridlock, Congress has finally reached an agreement on a new COVID-19 stimulus package. The package, which is expected to pass both houses and then head to President Trump’s desk today, will grant $600 checks to Americans earning up to $75,000. It will add a $300-per-week federal supplement to state unemployment benefits for 11 weeks, inject new funds into the Paycheck Protection Program, and provide much-needed relief for struggling transportation agencies around the country. It also includes historic climate legislation.

The most significant measure is a bill that would phase down the use of hydrofluorocarbons, a greenhouse gas used in appliances like air conditioners and refrigerators. Hydrofluorocarbons have an outsize effect on the climate compared to carbon dioxide, and phasing them out could help the world avoid up to 0.5 degrees C (0.9 degrees F) of warming.

The package also includes a bill that directs more than $35 billion in funding to clean energy programs. Part of that will go toward the research and development of technologies to reduce emissions, including nascent technologies like energy storage, systems that capture carbon dioxide from smokestacks and directly from the air, and advanced nuclear energy. In addition, the bill will extend tax incentives for wind and solar farms and make a tax deduction for energy efficiency improvements in commercial buildings permanent. Happy holidays, climate hawks!

2021 is likely to be one of the hottest years on record, according to a forecast from the U.K.’s Met Office. Despite the temporary cooling effect of a La Niña weather pattern, global temperatures for next year are predicted to be between 0.91 and 1.15 degrees C (1.64 and 2.07 degrees F) higher than the average temperature of the pre-industrial period.

Almost 63 million people in South Asia could be forced from their homes by 2050 due to the lasting effects of climate change, according to a report from ActionAid International and Climate Action Network South Asia. Researchers expect that agricultural losses and rising sea levels will force people to migrate, mostly from rural areas to cities.

Despite a pandemic-related production slowdown in 2020, the U.S. oil and gas industry may increase its greenhouse gas emissions by 30 percent by 2026, according to a report from the Environmental Integrity Project. The industry reported an average annual emissions increase of 10 percent between 2016 and 2019.