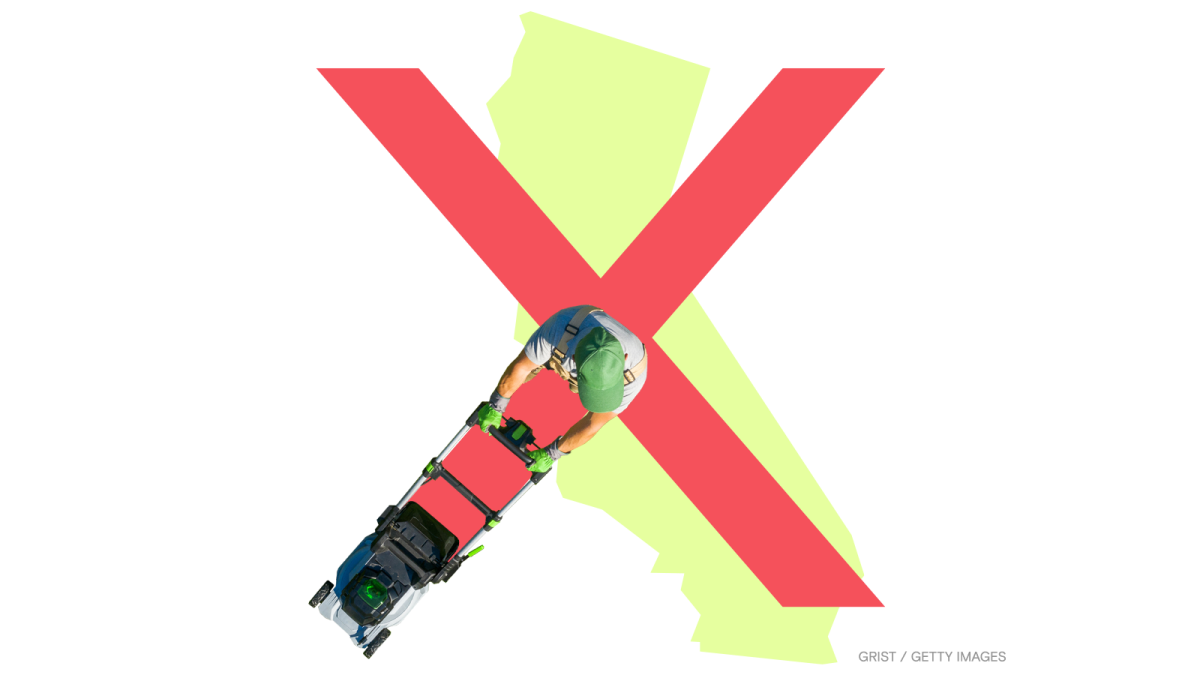 The familiar buzz of gasoline-powered leaf blowers and lawn mowers will begin to fade in California in the coming years, thanks to a new state law banning the sale of small internal combustion engines.

Signed by Governor Gavin Newsom earlier this month, the law seeks to reduce air pollution by phasing out the small off-road engines, which emit large amounts of smog-forming nitrogen oxides and other noxious emissions that can damage lung tissue and have been linked to cancer. Operating a commercial leaf blower for one hour creates as much pollution as driving a 2017 Toyota Camry for 1,100 miles — roughly the distance from Portland, Oregon, to San Diego, California.

The phaseout will begin as early as 2024, and the state plans to offer rebates to consumers and landscaping professionals who purchase zero-emission replacements, such as battery-powered weed trimmers.

“This is a pretty modest approach to trying to limit the massive amounts of pollution that this equipment emits, not to mention the health impact on the workers who are using it constantly,” the bill’s author, state Assemblymember Marc Berman, told the Los Angeles Times.

California just wrapped up its driest year in a century, according to data from the Western Regional Climate Center. Thanks in part to rising temperatures, the state clocked just 11.87 inches of rain and snow between October 2020 and the end of September 2021 — less than half the annual average of 23.58 inches.

U.S. coal-fired power generation is expected to jump by 22 percent this year — the first annual increase since 2014. According to the federal Energy Information Administration, increasing natural gas prices have encouraged power companies to double down on coal, despite its significantly higher environmental footprint.

New data from the finance company MSCI shows that most publicly-traded companies — 57 percent out of the 9,000 it surveyed — are failing to align their business practices with any international temperature targets. Unless they change course, the report said, global temperatures will rise 3 degrees Celsius (5.4 degrees Fahrenheit).