It’s Tuesday, November 20, and the rain in Spain may soon fall mainly on renewables. 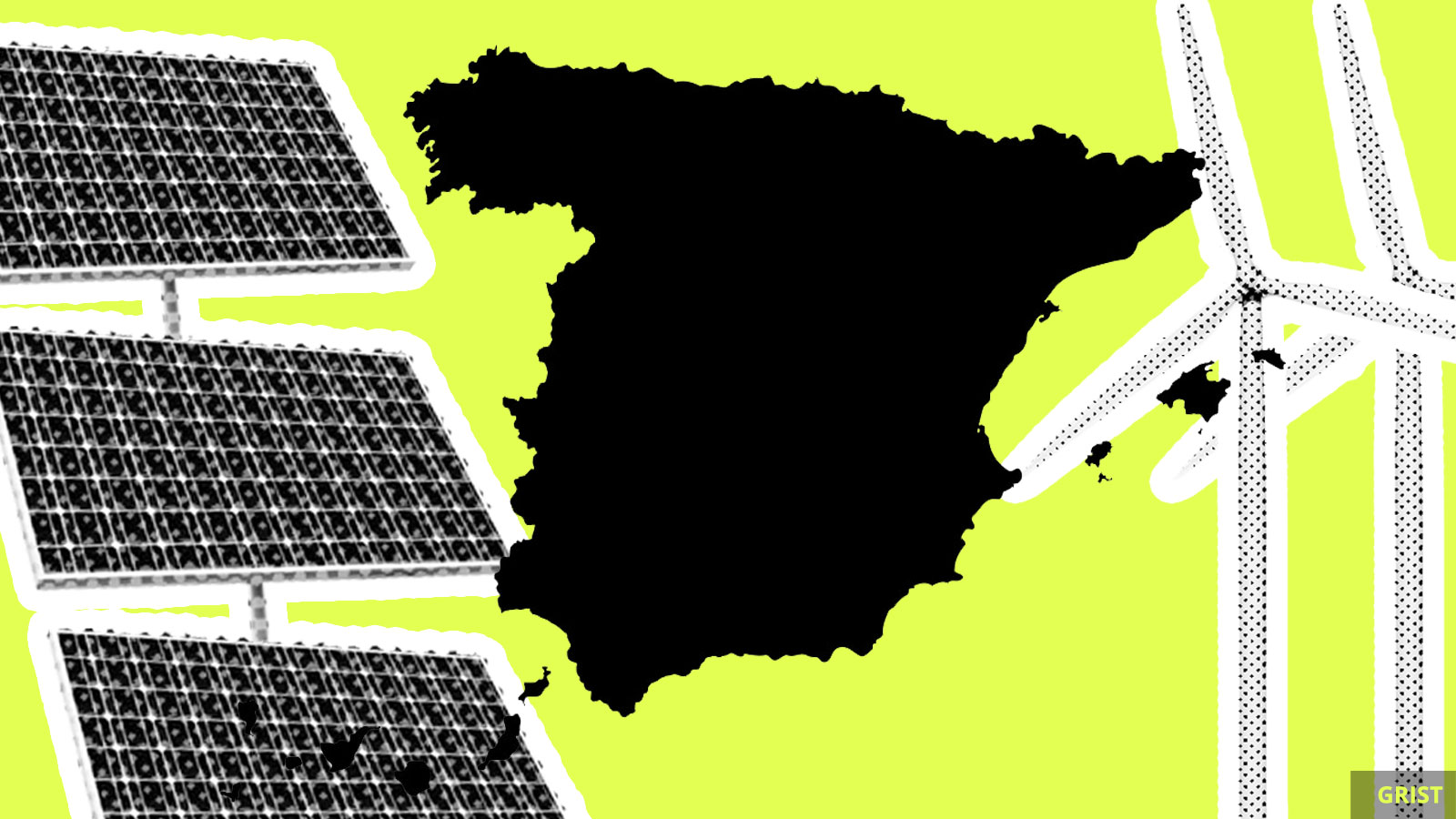 Spain unveiled an ambitious new energy plan last week. The country plans to go green by 2050. The draft legislation lays out plans to cut emissions by 90 percent compared to 1990 levels. That could be a real kick in the tapass for countries who haven’t yet committed to green goals.

In order to achieve such a sweeping reduction, the government has pledged to install at least 3,000 megawatts of wind and solar power every year for the next decade. (That’s enough to negate carbon dioxide emissions of more than 11,000 cars per year.) If you want to get a license for a fossil fuel drill, fracking well, or any kind of hydrocarbon exploration, se te acabó la suerte! If the plan proceeds, the government won’t be issuing licenses for those activities anymore. What’s more, a fifth of Spain’s budget would be set aside for climate change solutions.

And Spain could teach the rest of the world a little something about how to help out coal workers who might lose their jobs. The country’s government plans to retire most of its coal mines by the end of this year and either find coal miners new jobs in renewables or environmental restoration, or help them retire early. Although it should be noted that a date for phasing out coal power hasn’t been set yet.

One more caveat (and kind of a big one): Spain’s government doesn’t quite have the votes it needs to pass this plan and make it law. It needs more progressive parties on board in order to make this green dream a reality.

Time will tell if there are enough votes in the Spanish parliament, but there’s no denying this proposal’s ambition.

The Camp Fire is now largely contained, yet the tragedy is far from over. The death toll just reached 79, while nearly 700 people remain unaccounted for. Rain predicted for Northern California could bring mudslides and make it harder to uncover victims. The rain also threatens to flood shelters and temporary housing where some 52,000 evacuees are staying. Many of these shelters are overcrowded and overwhelmed by disease.

As California experiences an unimaginable tragedy, President Trump wasted no time in blaming the state of California. Then on Sunday, Secretary of the Interior Ryan Zinke found a new, puzzling target to blame: “radical environmentalists.” Meanwhile, climate change, which led Northern California to have record-breaking dry vegetation, is somehow off the hook.

Newspapers are shuttering all around the country. Even Pulitzer-winning outlets like the Charleston Gazette-Mail have filed for bankruptcy. This isn’t just bad news for democracy; it’ll hurt the environment, too. A recent paper found that local reporting makes a large difference when it comes to holding corporations accountable for pollution. Without local journalists, who will hold these corporations in check?

Dems are trying to get their *House* in order around climate