It’s Monday, June 1, and the electricity sector hit emissions targets way ahead of schedule thanks to renewables. 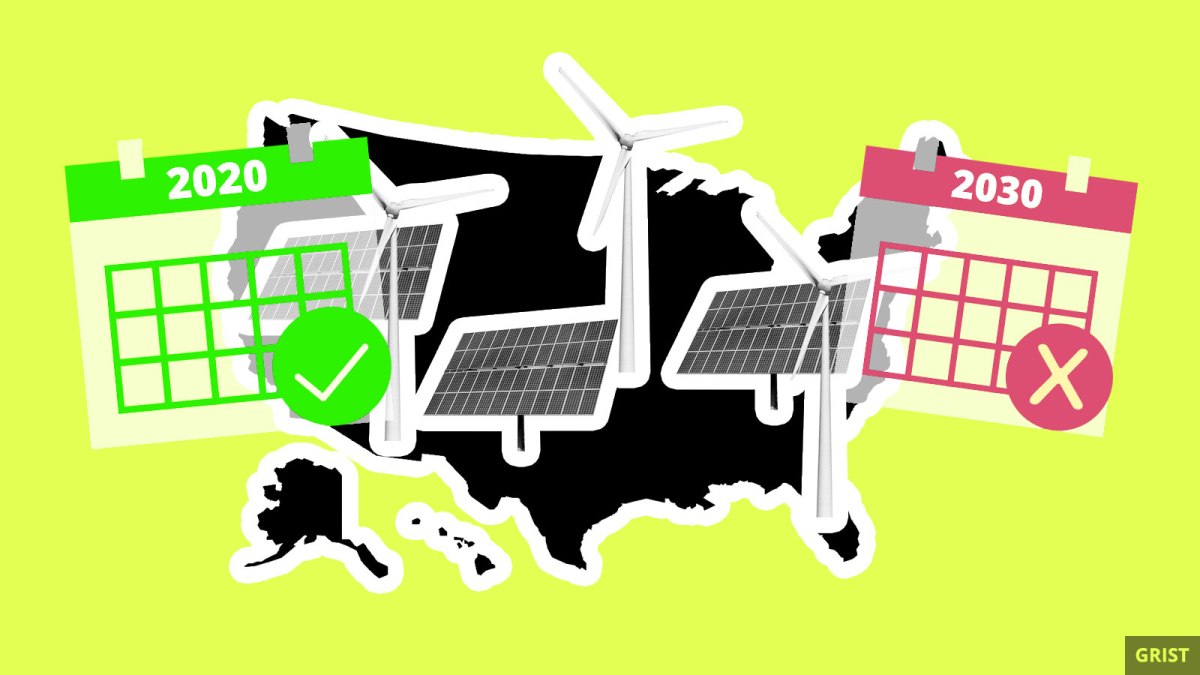 Trump may have repealed Obama’s Clean Power Plan (CPP), but he couldn’t stop the momentum of the former administration’s landmark policy. A new report issued last week by the Carbon Tax Center found that U.S. electricity providers have hit the greenhouse gas reduction targets set by the CPP more than 10 years ahead of schedule.

The goal of the Clean Power Plan was to reduce emissions from the electricity sector 32 percent below 2005 levels by 2030 — but last year, emissions from that sector were already 33 percent lower than in 2005. According to the report, the achievement is mostly thanks to an increase in renewable energy sources like wind and solar as well as energy savings from efficiency improvements. The switch from coal-fired power plants to natural gas plants also helped, accounting for 38 percent of the emissions reductions. Despite Trump’s best efforts to save the coal industry, coal plants have been retiring faster under his administration than during Obama’s presidency.

The findings counter a common narrative that the switch to natural gas is the key driver of emissions reductions. The report notes that the growth in natural gas must be reversed to achieve steeper cuts.

State and local officials are expected to turn to Congress to extend a crucial deadline as the coronavirus outbreak puts climate projects in jeopardy. The projects were part of a $1 billion Obama-era program to help cities and states build climate-resilient infrastructure. The funding must be spent by 2022, but the COVID-19 pandemic is putting projects behind schedule.

Indigenous peoples have long fought to protect the Amazon rainforest from environmental threats like logging and mining. Now they face another threat: As of last week, the Amazon region’s indigenous nations have seen an estimated 2,278 positive cases of COVID-19 and 504 deaths. A significant chunk of these indigenous case and death totals are not included in the World Health Organization’s figures due to government undercounting.