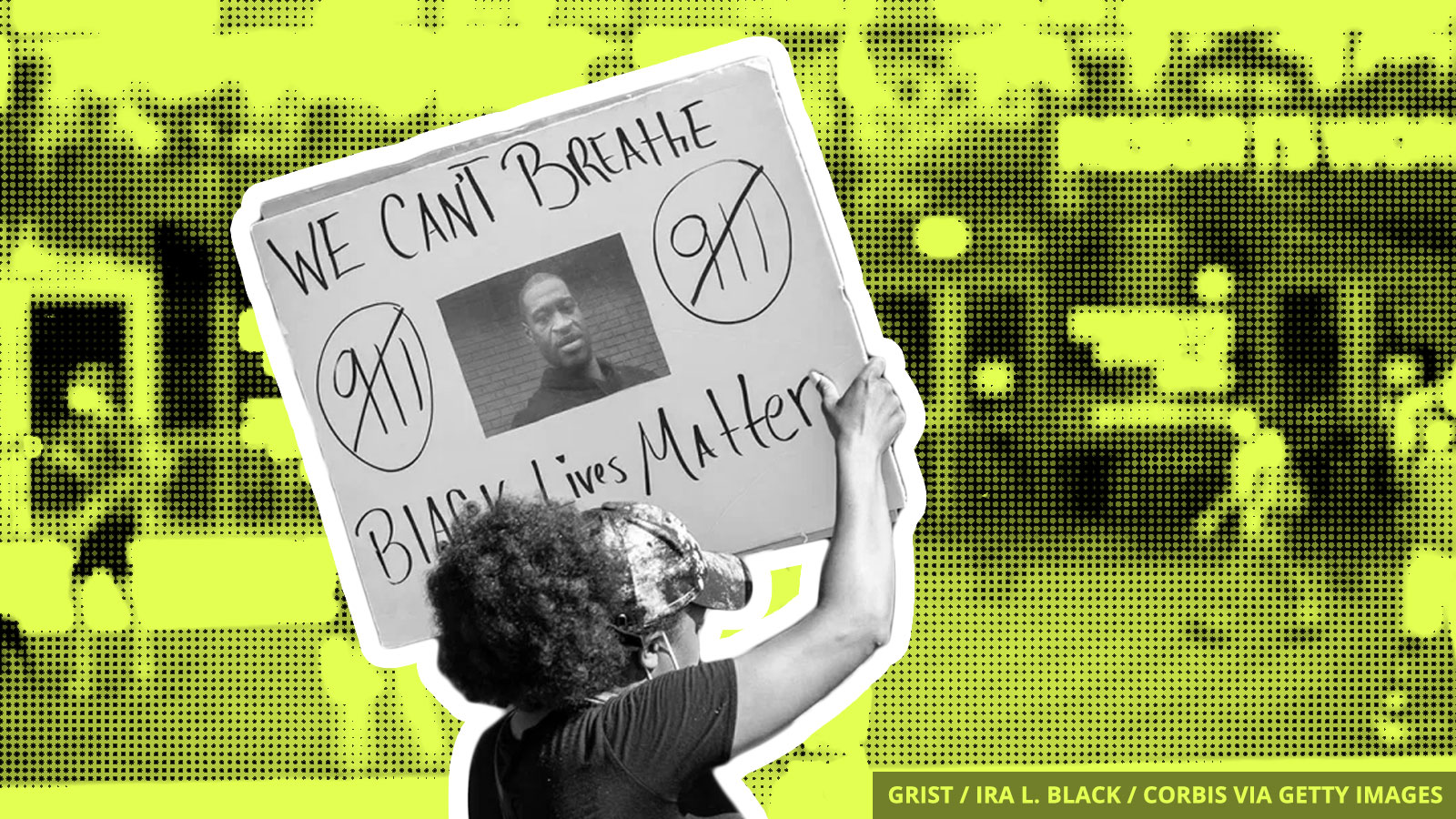 As the U.S. enters another month of sustained protests against police brutality, organizers are working to turn the protests’ energy into legislative action. This week the Movement for Black Lives, a nationwide coalition of Black organizations, released a summary of a new legislative proposal that aims to defund police forces around the country and give funding and support to Black communities looking to create their own models of public safety. They’re calling it the BREATHE Act.

The third of the proposal’s four sections demonstrates that environmental justice is central to the act’s vision. It calls for the creation of a grant that would fund “clear, time-bound plans” for states to ensure universal access to clean water and air that satisfies Environmental Protection Agency guidelines. The section also calls for the creation of clear state plans to meet 100 percent of their electricity demand with “clean, renewable, and zero-emission energy sources.” Funding for community-owned sustainable energy projects would also be subsidized by the grant.

The BREATHE Act has not yet been translated into actionable congressional legislation, but it already has supporters in Congress. “The BREATHE Act is bold…. It pushes us to reimagine power structures and what community investment really looks like,” Democratic Representative Rashida Tlaib said during a recent call with activists.

The Commerce Department inspector general has released her full report on the National Oceanic and Atmospheric Administration’s response to “Sharpiegate,” the incident last year in which President Trump claimed that Hurricane Dorian would hit Alabama in direct contradiction to forecasts by government meteorologists. The report criticizes the agency for caving to political pressure to support Trump’s statement, damaging the reputation of its own scientists.

The United Nations’ World Meteorological Organization released a new forecast on Thursday finding that there’s at least a 20 percent chance that global average temperatures exceed 1.5 degrees C (2.7 degrees F) above preindustrial levels during at least one of the next five years. Not only does that threaten the success of the Paris Agreement, which encourages limiting warming below that threshold, but 1.5 degrees of warming will also bring dangerous heat waves, displacement, and food insecurity.

We know about the dangers of exceeding 1.5 degrees C of warming due to the work of the Intergovernmental Panel on Climate Change (IPCC), an international group of experts that issues comprehensive reports on the latest climate science. But this week, the IPCC announced that its work has slowed due to the COVID-19 pandemic, and the next full assessment could be delayed.

A climate plan for Bernie and Biden bros alike