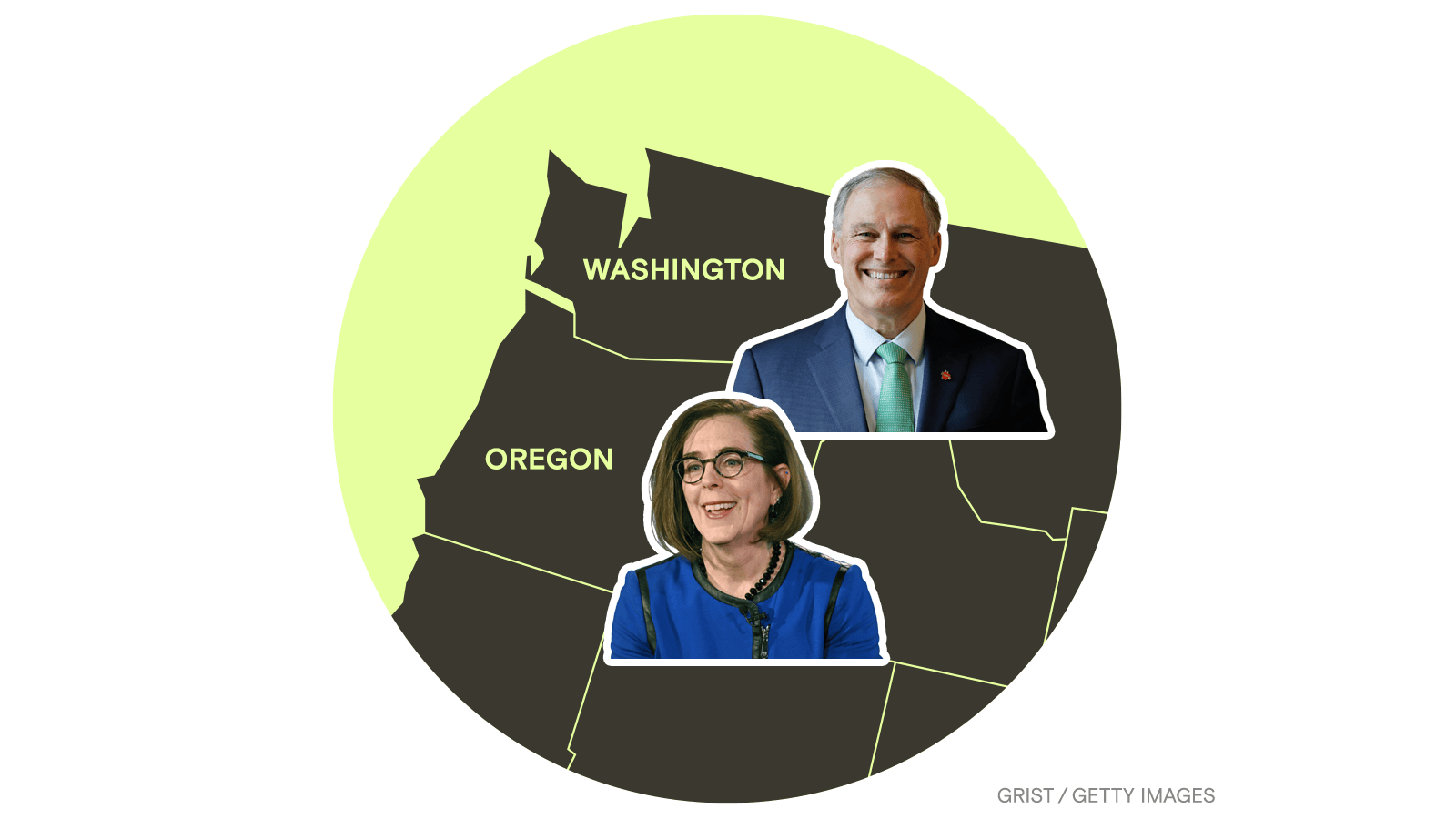 In keeping with the Pacific Northwest’s reputation for environmental leadership, lawmakers from Oregon and Washington this month have unveiled new efforts to address the growing threat of climate change.

The board that oversees the Oregon Department of Environmental Quality last week voted 3-1 to adopt a new Climate Protection Program, setting a more aggressive limit on climate pollution. The plan, which will go into effect in January, establishes a statewide cap-and-trade scheme intended to steer Oregon toward a 90 percent reduction in greenhouse gas emissions from transportation fuels and natural gas by 2050. According to the Environmental Defense Fund, emissions from these fuels cover half of Oregon’s total climate pollution.

The plan comes after years of failed attempts to establish a cap-and-trade program in the state, in part due to enmity from the fossil fuel industry. Opponents claimed the regulation would lead to higher fuel costs and job losses, despite evidence to the contrary from the state’s Department of Environmental Quality.

A few days before the Oregon vote, Washington state Governor Jay Inslee also revealed an ambitious climate plan, although for now it’s just a package of proposals that will be up for debate during the 2022 legislative session. Covering everything from electric cars to clean buildings, the $626 million package is meant to help Washington fulfill its legal commitments to reduce climate pollution 45 percent below 1990 levels by 2030 and slash emissions 95 percent by 2050.

Among the package’s proposals is a program to spend $100 million a year on rebates for electric vehicles, as well as new funding to electrify state-owned vehicles and ferries and decarbonize buildings.

The news from Oregon and Washington has been well-received by environmental advocates, even though they said there was room for improvement in both states’ programs. “I wouldn’t want us to get complacent,” Pam Clough, an advocate with the nonprofit Environment Washington, told me, commenting on Inslee’s climate proposals. “But we’re excited to be working with the governor and the legislature to slash emissions next year.”