It’s Wednesday, July 24, and the U.N. is laying down the climate law. 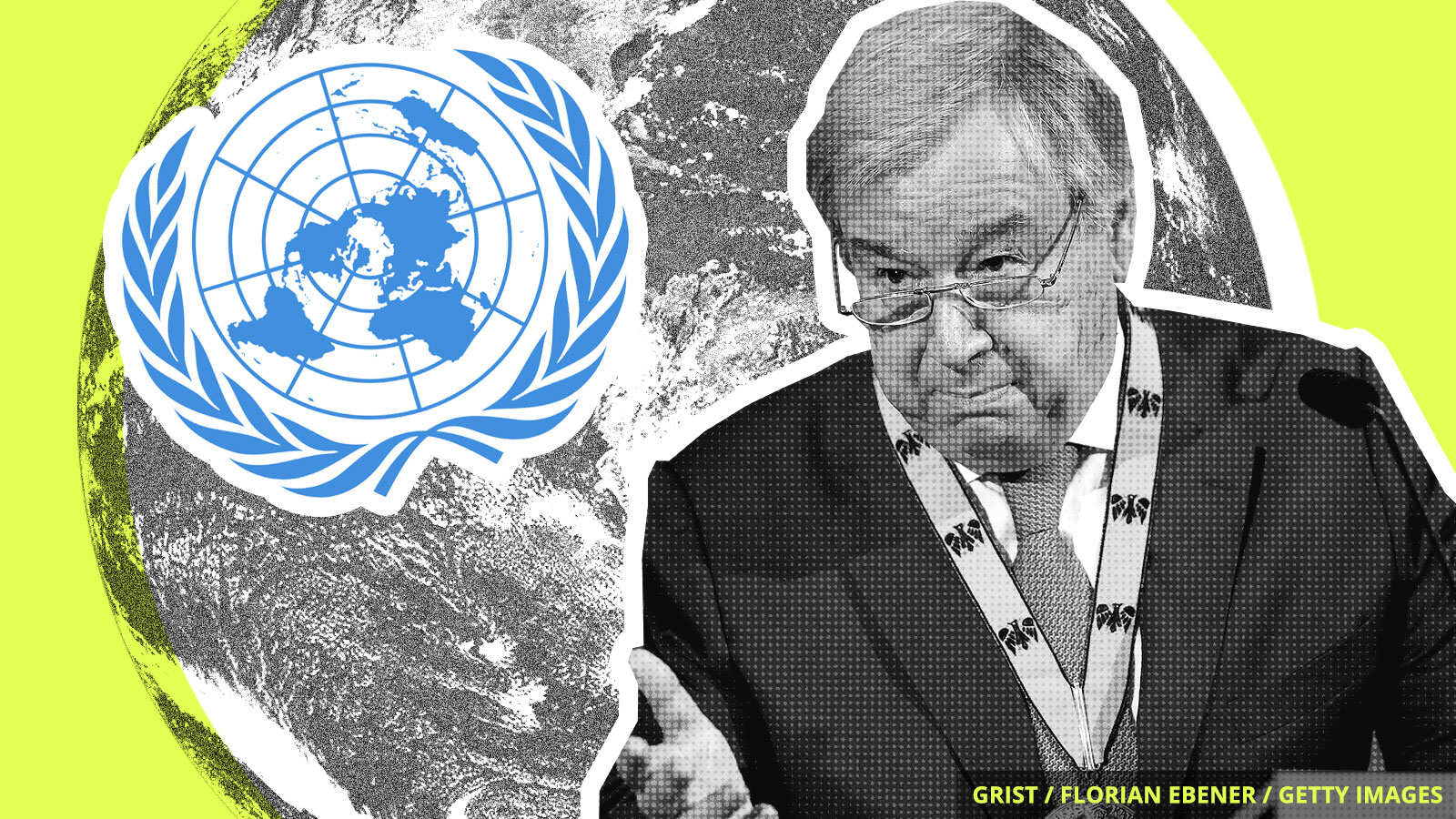 United Nations Secretary-General António Guterres reached out to multiple heads of state over the weekend, calling for all member nations to meet carbon-neutral goals by 2050.

Guterres said he asked all leaders to come to the U.N. Climate Summit, which will take place this September in New York, “ready to announce the plans that they will set next year to reduce greenhouse gas emissions for 2030 and to achieve net-zero emissions by 2050.” He added that attendees should be prepared to discuss their “long-term strategies” for meeting Paris accord goals — softer phrasing intended to be more inclusive of developing countries, like China, that may have a harder time meeting the 2030 benchmark.

Guterres is not the only one putting pressure on world leaders leading up to the summit. The U.N., the World Health Organization, the United Nations Environment Program, and Climate and Clean Air Coalition announced their “Clean Air Initiative” on Tuesday, which calls on all nations to meet established air quality standards by 2030.

Both initiatives are non-binding, meaning countries must agree to comply with the goals on an individual basis, and there are no consequences (at least for now) if they don’t. But at least the U.N. is keeping its eye on the prize and trying to use its power as a global governing body to give leaders an extra push to, you know, do something about the climate crisis.

Devastating floods, extreme heat — U.S. farmers have already had to deal with a lot this year. And according to a U.S. Department of Agriculture report, crop-destroying extreme weather will only become all the more common. U.S. production of corn and soybeans could decline as much as 80 percent in the next 60 years. And as for the crops that survive, a new study found climate change could significantly reduce their nutritional value.

Europe is gearing up for another heatwave that could set all-time records for several countries. On Tuesday, the French city of Bordeaux reached an all-time high of 106.1 F (41.2 C). Those high temperatures are more than just uncomfortable. In 2003, a French heatwave contributed to almost 15,000 heat-related deaths.

The grass is always greener