It’s Tuesday, December 8, and the U.K. has taken a big step in its transition to electric vehicles. 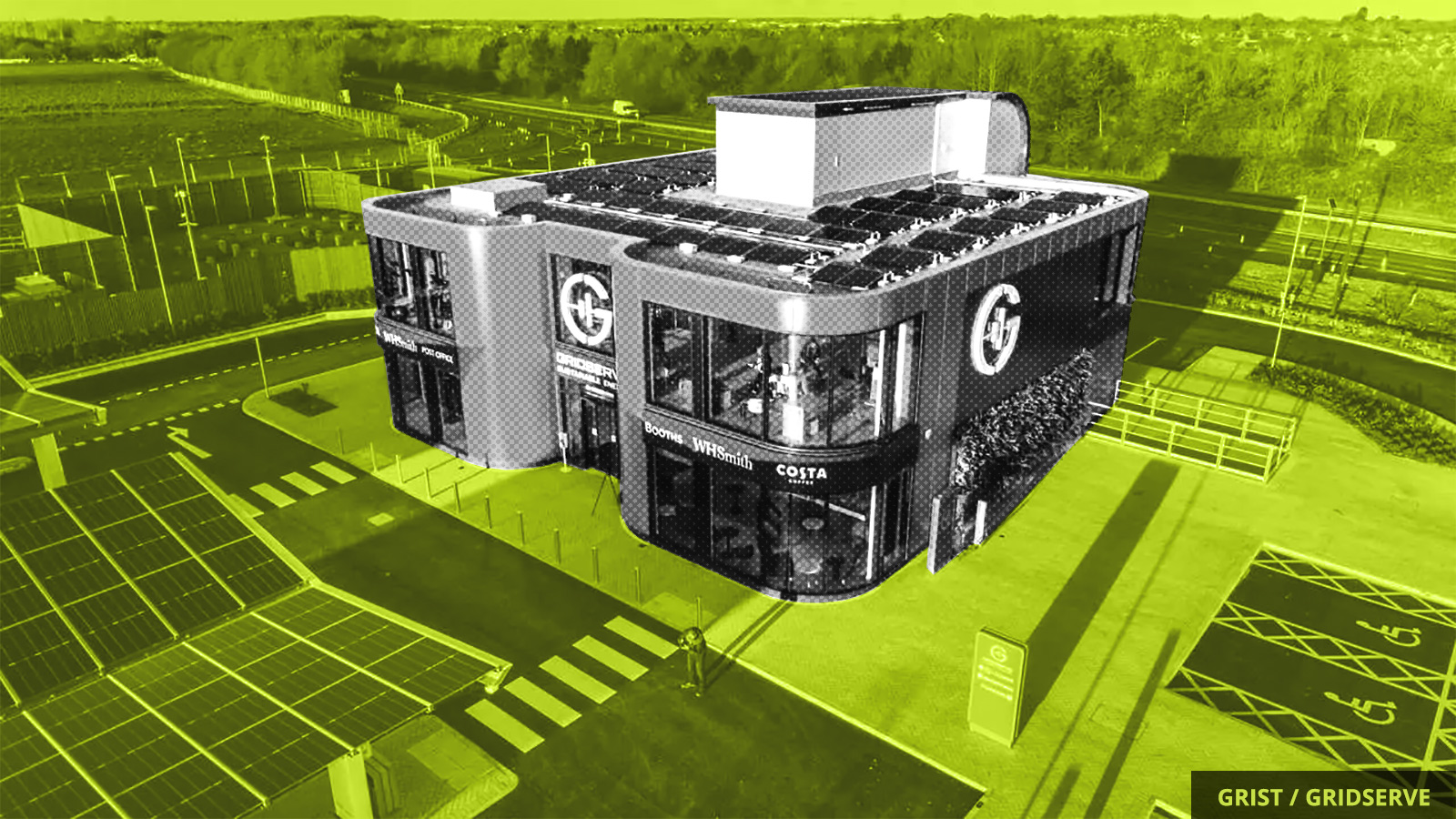 On Monday, Britain opened an electric-only car-charging station powered exclusively with renewable energy. The service station is the first of 100 stations in the U.K. planned under a $1.3 billion project by the sustainable energy company Gridserve.

Located in Essex in southeast England, the new station includes 36 rapid chargers powered by a network of hybrid solar farms, plus some solar panels and a battery on site. It’s another sign that the U.K.’s energy and transport industries are gearing up for the 2030 ban on new gas-powered cars that Prime Minister Boris Johnson announced last month.

In the wake of Johnson’s announcement, sales of battery-powered electric vehicles in the U.K. increased 122 percent last month compared to a year ago, and sales of hybrids were up 77 percent. One recent estimate suggested that as many as 36 million electric vehicles could be on British roads by 2040.

Gridserve has updated “the traditional petrol station model for a net-zero carbon world and is delivering the confidence people need to make the switch to electric transport today — a full decade ahead of the 2030 ban,” said Toddington Harper, the company’s founder and chief executive officer, in a statement.

Investors can now bet against the future availability of water in California on Wall Street. Financial experts told Bloomberg Green that trading water futures will help major consumers, like farmers, estimate what water will cost years from now and manage supply risks.

A Danish study that has not yet been peer reviewed found that patients with high blood levels of a chemical called PFBA were more than twice as likely to develop a severe form of COVID-19. PFBA is one in a group of chemicals called PFAS — commonly called “forever chemicals” since they do not break down — and is used in myriad everyday products, like electronics, cosmetics, and food packaging. Though PFBA exits human blood more quickly than other PFAS chemicals, it accumulates in the lungs.

The Trump administration’s final push to speed up drilling in the Arctic continues. The U.S. Fish and Wildlife service has proposed allowing oil companies to conduct seismic testing in the coastal plain of the Arctic National Wildlife Refuge, a move that scientists say could speed the thaw of permafrost and disrupt wildlife, including polar bears.