It’s Wednesday, November 18, and the U.K. has released its plan for a “green industrial revolution.” 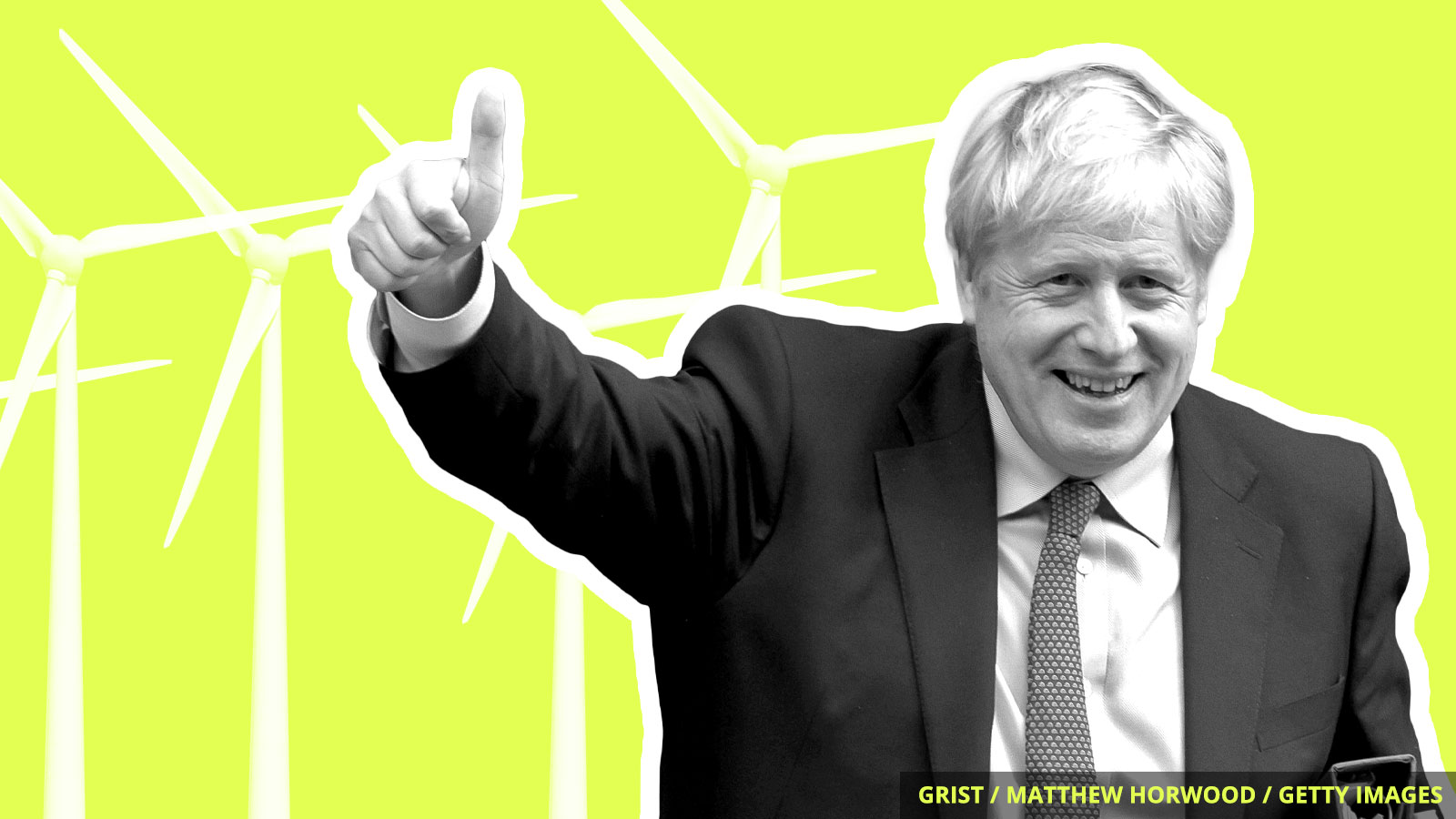 There’s been talk of a U.S. “Green New Deal” and a European “Green Deal,” and now the U.K. is getting into the game as well. British Prime Minister Boris Johnson announced a 10-point plan for what his government calls the U.K.’s “green industrial revolution” — a clean energy spending plan that he says will create 250,000 jobs.

The plan, unveiled on Tuesday, includes a ban on gasoline-powered cars by 2030 (10 years earlier than the government originally planned), pledges to rapidly expand offshore wind energy and nuclear power, and a push to increase production of hydrogen fuel.

Some green groups welcomed the plan, which Johnson’s government has estimated will cost a total of $15.9 billion. But others, including the minority Labour party, criticized it for not being ambitious enough. Labour politicians argued that only $5.3 billion of the policy proposal represents new spending.

The U.K. is under pressure from its citizens and the international community to take significant steps forward on climate change. The COP26 climate conference is set to be held in Glasgow in November 2021, and all eyes will be on Britain to set an example by decarbonizing its economy.

Twelve of the 17 members of the Minnesota Environmental Justice Advisory Group, which advises the state’s Pollution Control Agency (MCPA), resigned in protest on Monday after the MCPA approved permits for a contentious pipeline replacement project. Following approval of the Enbridge Energy Line 3 pipeline, the members said they could not “continue to legitimize and provide cover for the MPCA’s war on Black and brown people.”

The Mine Safety and Health Administration is not doing enough to protect coal miners, according to a new federal report. Since the 1960s, the administration has failed to update exposure limits for carcinogenic pollutants like silica, despite other agencies’ recommendations that the limits be dramatically reduced.

A new report from the International Federation of Red Cross and Red Crescent Societies finds that a full 20 percent of the planet’s population has been impacted by climate change-related disasters in the past decade. Extreme weather events such as floods, storms, and heat waves have claimed 410,000 lives and affected 1.7 billion people worldwide, disproportionately harming those in Asia and Africa.

End of the pipeline