It’s Thursday, October 21, and the U.K. has a far-reaching plan to reach net-zero greenhouse gas emissions. 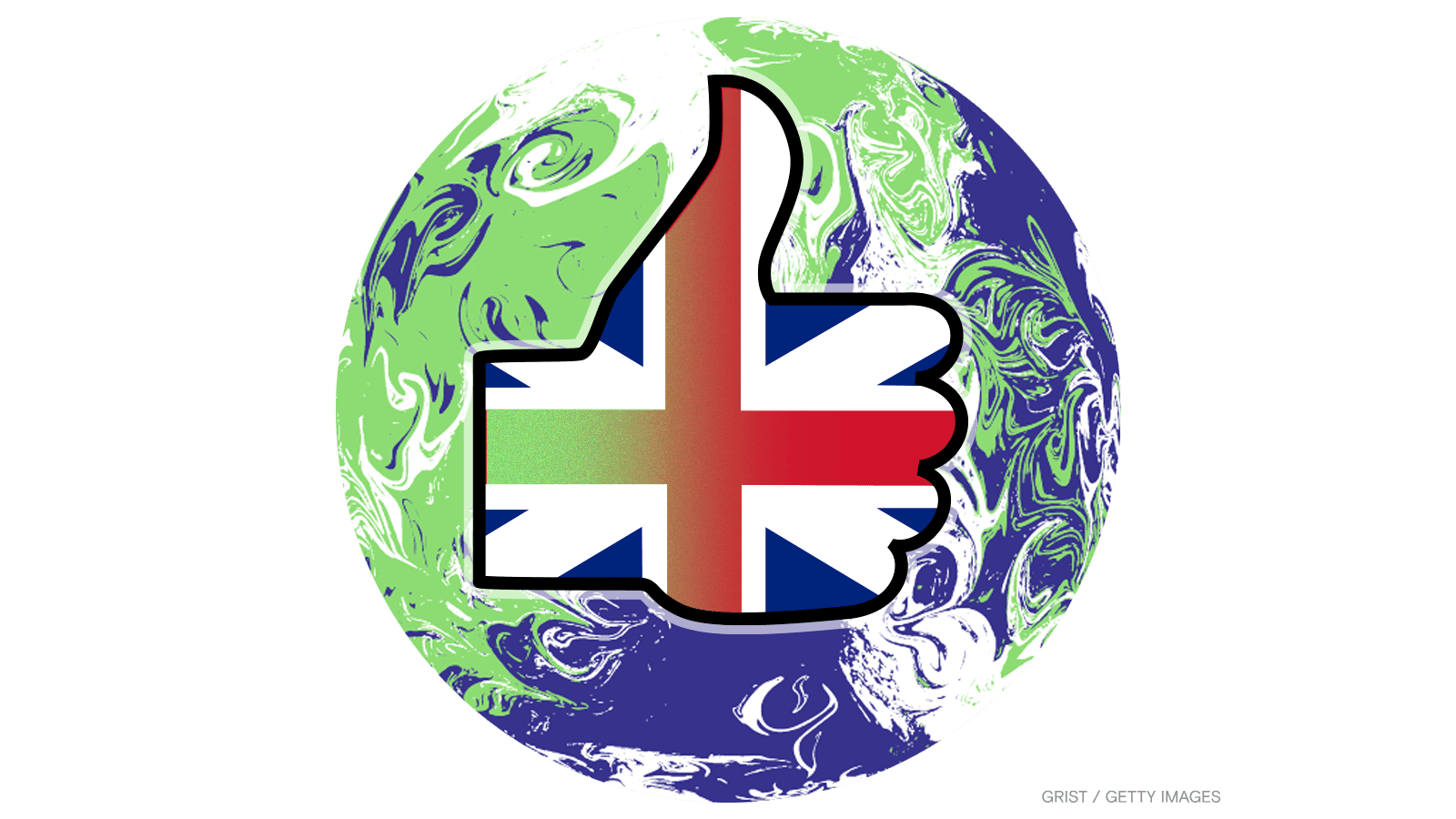 The U.K. announced Tuesday a sweeping roadmap to decarbonize its economy, putting forward new strategies to address everything from the power sector to electric vehicles.

“Our strategy for net zero is to lead the world in ending our contribution to climate change,” said Prime Minister Boris Johnson in a foreword to the 367-page plan.

The new strategy is the most comprehensive step taken by the country to date toward achieving its legally binding net-zero-by-2050 goal, set in 2019. The plan is estimated to create as many as 440,000 jobs by the end of the decade by mobilizing tens of billions of British pounds in public and private funding to install heat pumps in U.K. homes, accelerate a transition away from gasoline and diesel cars, and decarbonize the nation’s power sector. Other parts of the roadmap detail new rules for the finance industry and corporate carbon accounting, as well as a massive expansion of carbon capture projects.

Experts welcomed the government’s plan but stressed that follow-up will be crucial. “We didn’t have a plan before, now we do,” Chris Stark, chief executive of the U.K.’s Climate Change Committee, an independent advisory body to the government, said in a statement. “The critical next step is turning words into deeds.”

The announcement comes just days before the start of COP26, the high-stakes United Nations climate change conference where countries are set to ratchet up their voluntary commitments to slash greenhouse gas emissions. The U.K. is hosting the conference in Glasgow, Scotland, and its new plan may lend credibility to British negotiators as they push for more ambitious commitments from other countries, including net-zero pledges and an agreement to end coal-fired power generation.

A new leak of 32,000 documents shows that powerful countries are asking the United Nations to downplay the need to shift away from fossil fuels, according to reporting from Unearthed and BBC News. Saudi Arabia, Japan, and Australia were among countries that lobbied the U.N. to change the latest report from the Intergovernmental Panel on Climate Change on how to combat global warming. The leak comes just days before COP26, a U.N. conference where countries around the world are expected to make commitments to slow climate change.

One of the world’s top medical journals, The Lancet, issued its annual climate report this week, and the prognosis is grim: climate change is the biggest global health threat of the 21st century, with compounding effects on mental health issues, food insecurity, and heatwaves. According to the report, in 2020 during any given month, 19 percent of land surface globally was affected by severe drought, putting the world’s major food crops at risk.

Landslides and flash flooding caused by heavy rainfall across India and Nepal over the past week have left at least 150 people dead. A district in northern India received more than 13 inches of rain in just 24 hours on Tuesday, the heaviest rainfall on record for the area.

A concrete plan to decarbonize cement