It’s Wednesday, October 20, and an industry that pollutes a ton finally announced a climate goal. 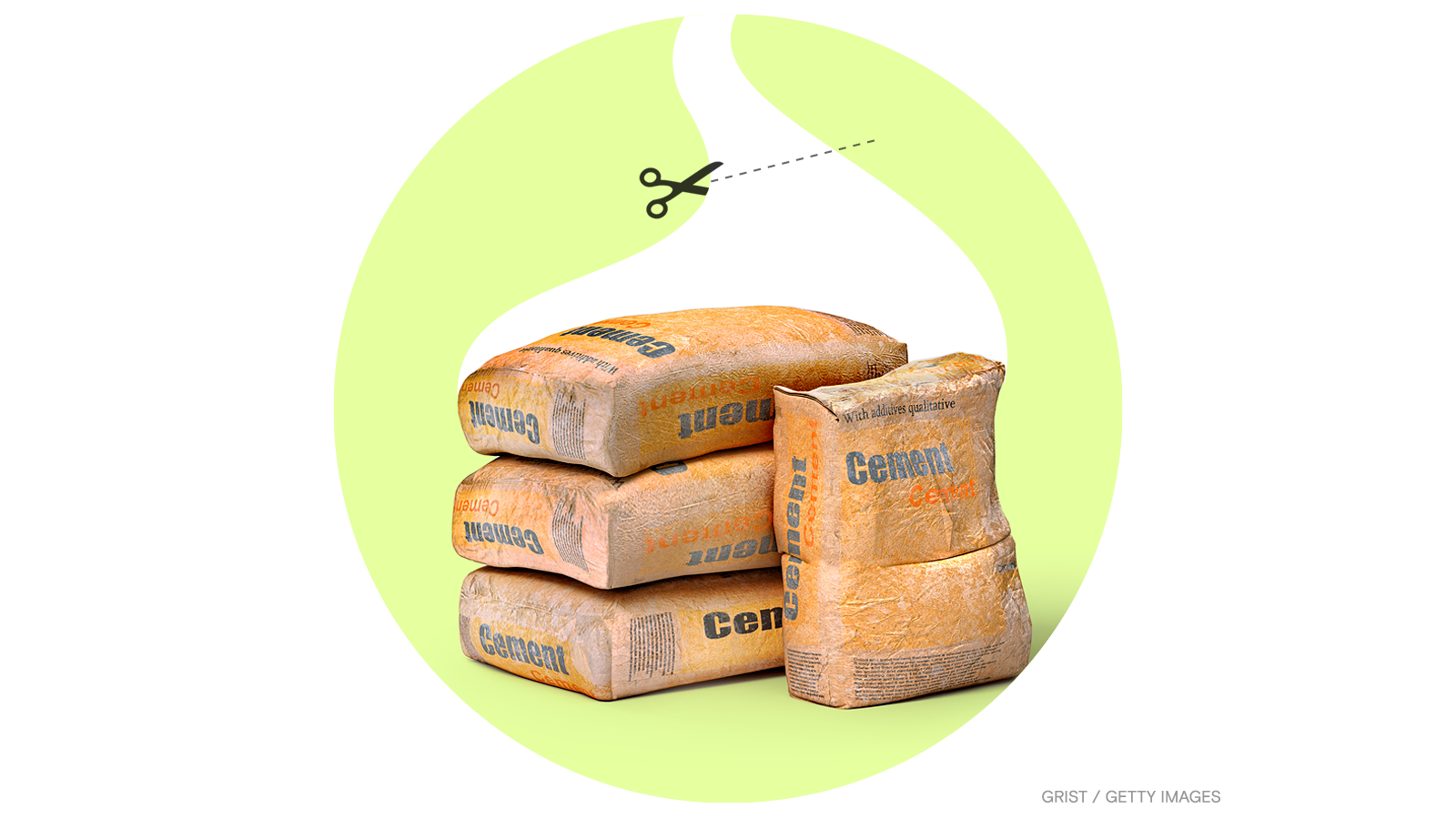 For the first time, the cement industry announced a concrete goal to decarbonize. The roadmap, presented last week by an industry group that represents 80 percent of the world’s cement and concrete producers outside of China, plans to reduce participating companies’ emissions 25 percent by 2030. It is also promising carbon-neutral cement by midcentury.

The industry has been experimenting with ways to reduce its emissions for years, but the roadmap from the Global Cement and Concrete Association, or GCCA, marks the first time producers have publicly committed to meeting climate targets.

Cement production accounts for 7 to 8 percent of global carbon emissions every year. This means the global cement industry contributes more to climate change than all countries except for the U.S. and China. The GCCA says its efforts will prevent nearly 5 billion metric tons of carbon from entering the atmosphere between now and 2030.

The plan has been called “surprisingly comprehensive” by some independent experts, though others characterized it as “not the whole answer.” The roadmap excludes carbon offsets, which means that all emissions reductions must be achieved by changing production practices, like finding less carbon-intensive substitutes for clinker, a key binder in cement. The roadmap also relies heavily on the wide-scale deployment of carbon-capture technologies.

“In 10 years, we need to prove not only the technical feasibility, but also the economic feasibility” GCCA chief executive Thomas Guillot told Reuters, in reference to carbon capture. “We are confident this will work.”

Despite a global push to dramatically lower emissions in line with the Paris Agreement, the world’s largest fossil fuel producing nations are raising production levels, according to a new United Nations report. Fifteen of those nations are planning to extract more than twice as much coal, oil, and gas in 2030 than the maximum amount that would limit global warming to 1.5 degrees Celsius (2.7 degrees Fahrenheit).

The impacts of all that fossil fuel extraction will continue to be felt inequitably, a separate report from the U.N. and the World Meteorological Organization found. African nations will experience “disproportionate vulnerability” from food insecurity, poverty, and displacement as a result of climate change — even though the entire continent accounts for just 4 percent of greenhouse gas emissions.

Pollution from diesel trucks, which transport goods for the warehouse and logistics industry, disproportionately harms poor communities of color in the U.S., a new analysis found. Using satellite measurements to map out emissions across geographical locations, researchers showed that these groups are exposed to 28 percent more nitrogen dioxide pollution than their wealthier white counterparts.

The little engine that could (not be sold)