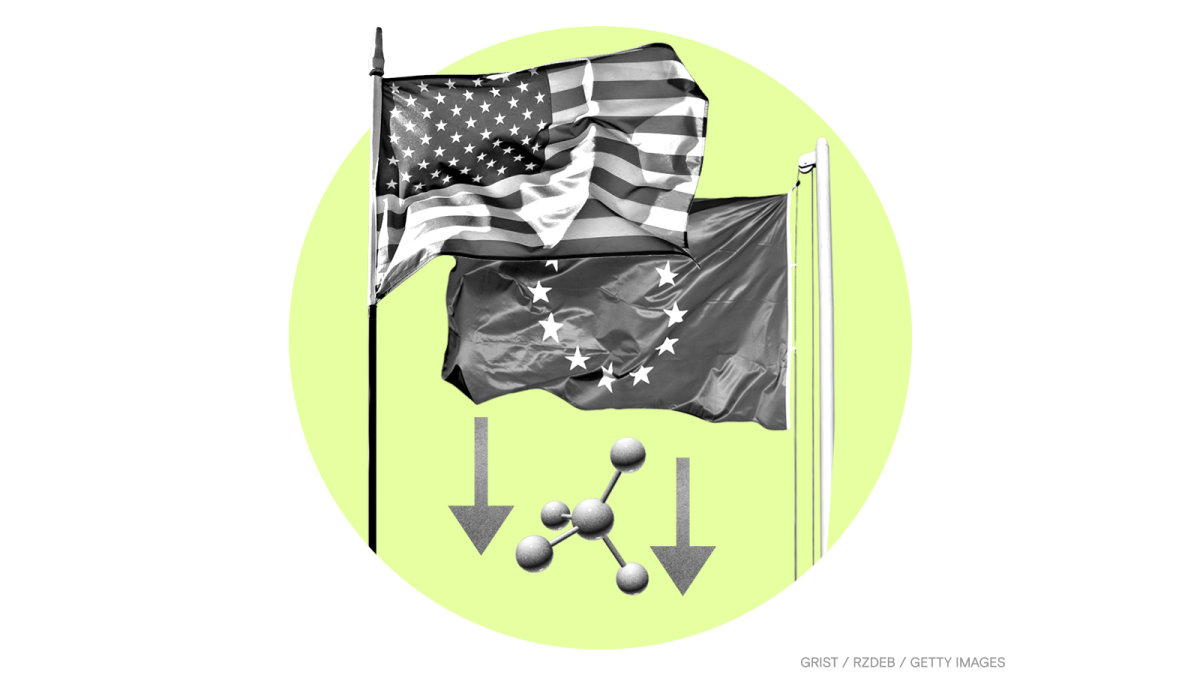 The United States and European Union have pledged to reduce methane emissions by nearly 30 percent by the end of the decade, President Joe Biden said in an announcement on Friday.

Methane is a greenhouse gas that is 86 times more potent than carbon dioxide over its first 20 years in the atmosphere. It leaks from fossil fuel infrastructure like oil wells, coal mines, and pipelines, and it’s also produced by cattle and landfills. The commitment from the U.S. and EU will help to slow down global warming and improve agricultural productivity and public health, Biden said.

The global pledge was announced during the Major Economies Forum, a meeting on climate with world leaders, ahead of the United Nations climate summit in Glasgow in November. U.N. Secretary-General António Guterres told leaders at the meeting that the world is on a “catastrophic pathway” to 2.7 degrees Celsius (4.9 degrees Fahrenheit) of warming by the end of the century. To prevent the worst consequences of climate change, according to scientists, an increase in global temperatures must be limited to 1.5 degrees C (2.7 degrees F).

Argentina, Ghana, Indonesia, Iraq, Mexico, and the U.K. have already signed onto the methane pledge, and the U.S. and EU are now trying to get other countries to join ahead of the Glasgow conference.

Democratic Senator Joe Manchin of West Virginia has floated delaying a vote on Biden’s $3.5 trillion spending bill until 2022, inside sources told Axios. The bill contains a suite of historic measures to tackle climate change, and if it gets delayed, the U.S. will show up to the U.N. climate conference in November with no policies to illustrate it is serious about cutting emissions.

Wealthy nations are coming up short on their promise to deliver $100 billion annually in climate-related financing to the world’s developing countries. According to a new report from Oxfam, funding is projected to fall short by as much as $75 billion between 2020 and 2025, jeopardizing upcoming climate negotiations in Glasgow and the broader goal of limiting global warming to 1.5 degrees C.

Three weeks after Hurricane Ida tore through Louisiana, the power is still out for tens of thousands of people in the southeastern part of the state. Louisiana’s largest utility has said that outages could last until September 29, further taxing residents who have been living without hot water, sufficient grocery supplies, or open schools.