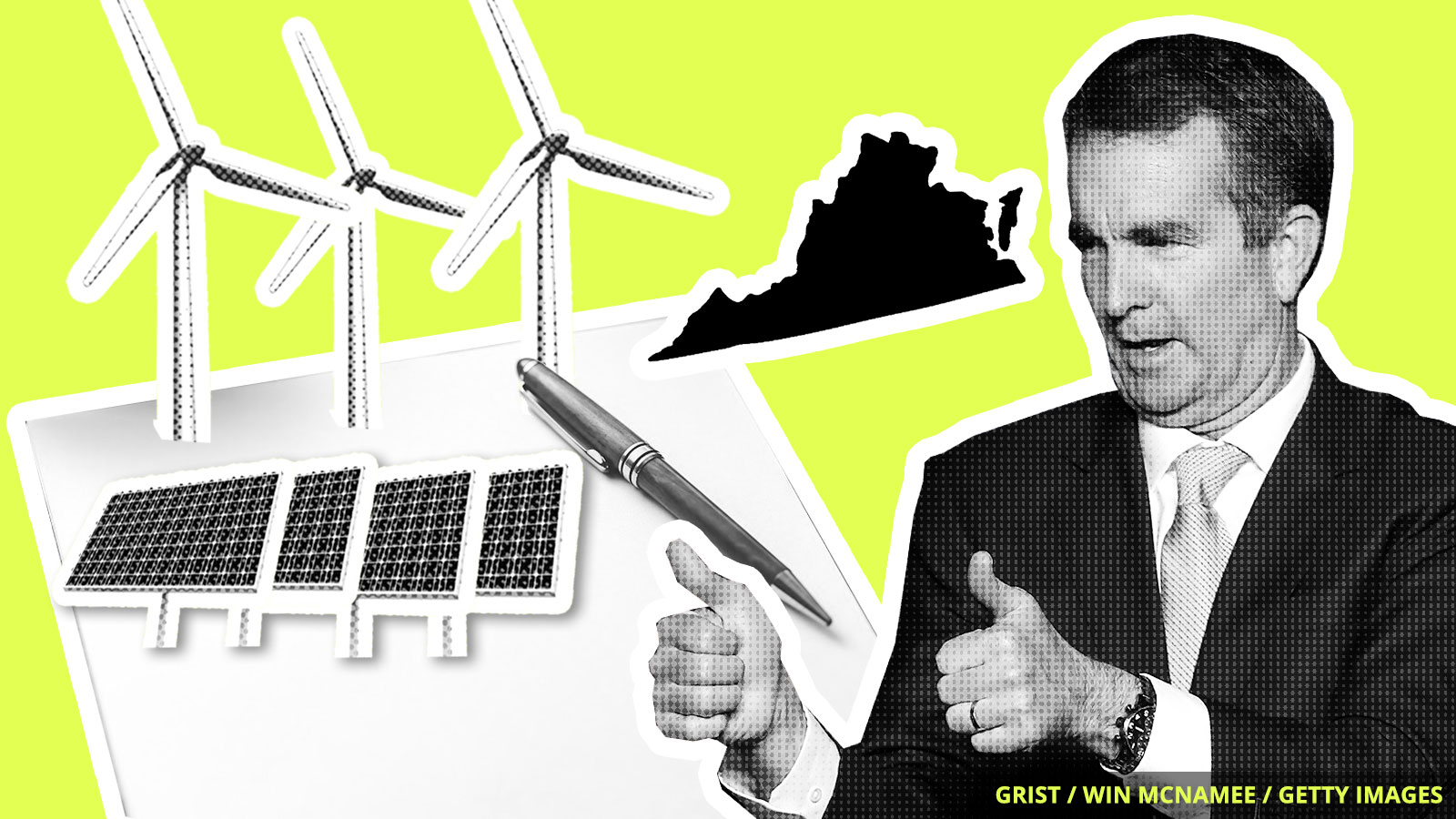 Governor Ralph Northam approved the Virginia Clean Economy Act on Sunday, making the state the first in the South to set a 100 percent clean energy standard.

According to the bill, Virginia’s utility companies — Dominion Energy Virginia and Appalachian Power — must be 100 percent carbon-free by 2045 and 2050, respectively. It also mandates the closure of nearly all coal-fired power plants by the end of 2024.

Virginia currently generates about half of its electricity from natural gas and a third from nuclear. The state also has close ties to the coal industry: The port of Norfolk accounts for almost a third of U.S. coal exports.

But lawmakers are hopeful that the new legislation will accelerate the state’s transition to green energy and clean up pollution in vulnerable communities. Companies that do not meet their targets will have to pay financial penalties, the revenues from which will help fund job training and renewable energy programs in low-income communities.

The EPA won’t tighten regulations on the tiny airborne particles known as particulate matter or PM 2.5, despite research linking the pollution to premature death and a higher risk of dying from COVID-19. A Harvard environmental law professor described the EPA’s disregard of health science during a viral respiratory pandemic as “unbelievable.”

This isn’t the first time the EPA has ignored the health effects of pollutants: In a study in Science, several former EPA researchers harshly criticized the incomplete analysis the EPA used in its proposal to roll back pollution standards for coal-burning power plants. The scientists’ analysis estimates that the EPA ignored $33 to $90 billion per year in public health benefits associated with the pollution regulations.

A coal plant demolition released a cloud of dust in a predominantly Latino Chicago neighborhood over the weekend. Residents say they were given little warning about the implosion. At least 268 people in the surrounding area have tested positive for COVID-19.

What do you trust? Climate, science, and COVID-19 uncertainty

What’s the connection between climate change denial and coronavirus denial? How can we stay focused on science when facing global health catastrophes? Join the Grist staff for a free live discussion on Thursday, April 16 at 12:00 pm PDT where we’ll dive into these questions and more. Register now!