It’s Wednesday, January 16, and New York’s governor has his own idea for a Green New Deal. 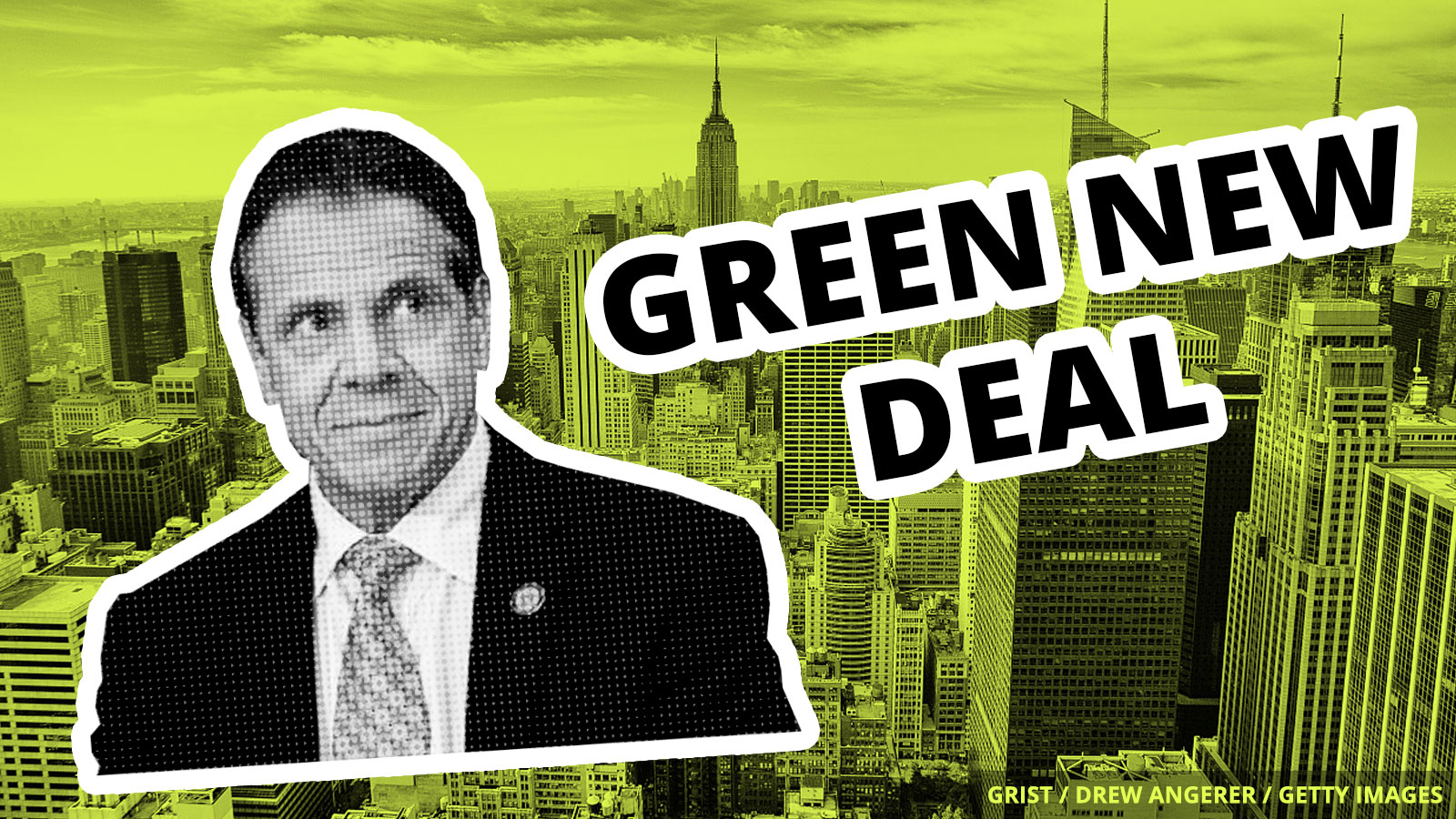 It’s getting hard to find a seat on the Green New Deal bandwagon. There are even multiple Green New Deals – not just the one being championed by Representative Alexandria Ocasio-Cortez from New York and her vociferous band of activists.

Enter New York Governor Andrew Cuomo, who just announced that he’s got a Green New Deal, too! That’s right, Cuomo emerged triumphant from his race against Sex and the City actress Cynthia Nixon with a hankering for progressive policy, and climate change is one of the issues the governor says he’s aiming to tackle in the coming year.

Cuomo’s announcement on Tuesday was part of a larger unveiling of his 2019 agenda, which features crowd-pleasers like legalizing marijuana and making subway improvements. The governor said he wants the state to go 100 percent carbon-neutral by 2040, establish a Climate Action Council aimed at guiding the state toward its green goals, and form a $70 million property tax compensation fund to a) help people living near old power plants and b) shift away from dirty energy.

Cuomo has caught flak in the past for announcing green goals without developing a plan for how to stick to them – and that’s part of the problem here, as my colleague Greta Moran points out. As it stands, Cuomo’s plan doesn’t have the force of law. Still, it’s pretty exciting that New York’s most powerful tough guy appears to be taking climate change seriously.

Thanks to a surge in oil and gas drilling, the United States is on track to add 1,000 coal plants’ worth of greenhouse gases by 2030, according to a new report by the nonprofit Oil Change International. Those emissions alone could derail efforts to keep global warming below 1.5 degrees Celsius, the point at which the U.N. says we could avert the most severe consequences of climate change.

And about that ongoing partial government shutdown. The Trump administration is bringing back furloughed workers to expand offshore oil and gas drilling. Meanwhile, funding for national park services, Native American health care, and programs for survivors of intimate partner violence remain on hold.

Long-frozen soil, known as permafrost, is melting at a dangerous rate. A study published today in Nature Communications shows that on average permafrost regions warmed by half a degree Fahrenheit between 2007 and 2016. That melting permafrost leads to the release of methane, a powerful greenhouse gas, and also poses a threat to Arctic communities.