It’s Monday, February 28, and an agricultural community in California has an innovative plan to conserve water and generate clean energy. 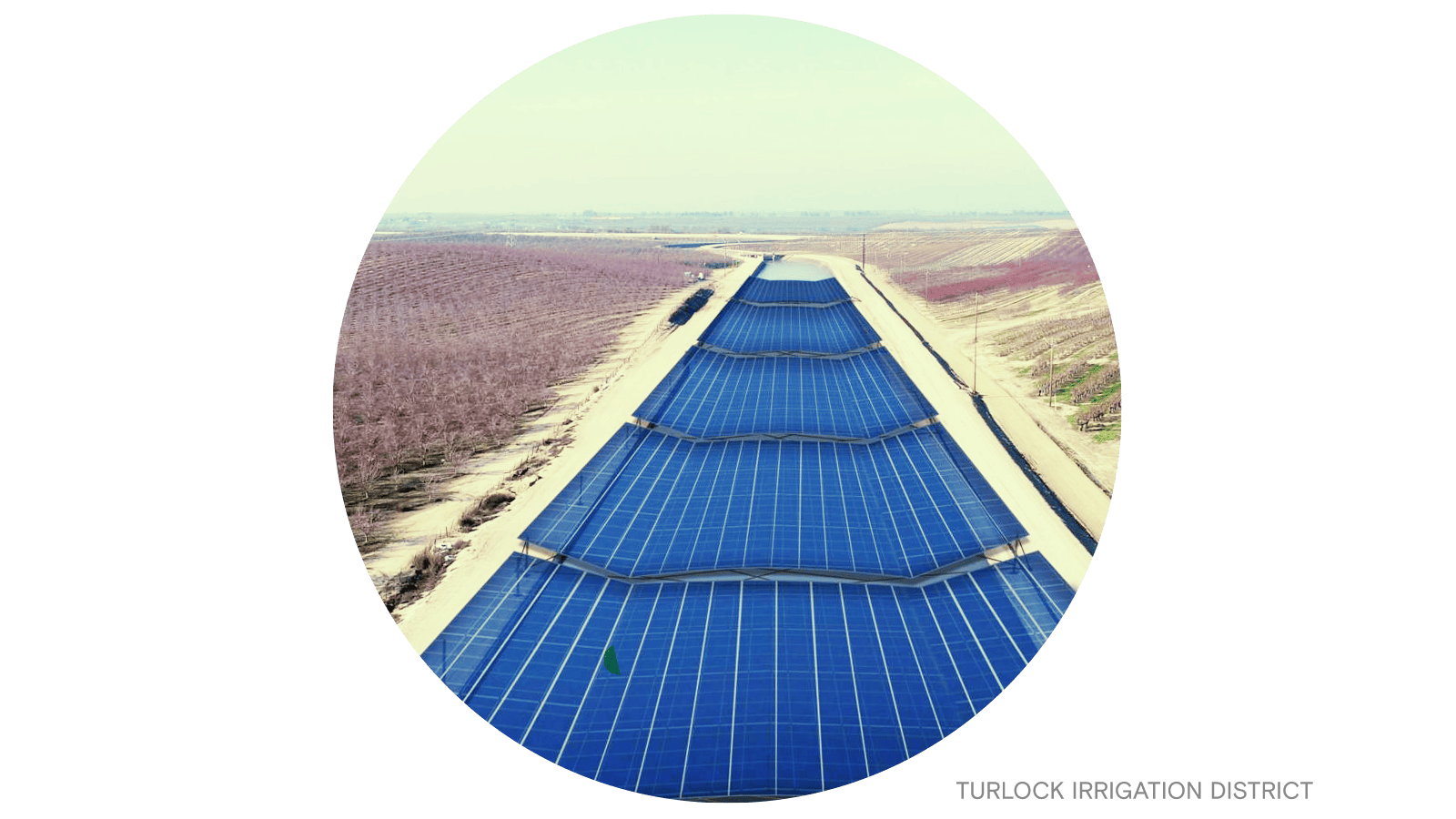 In a bid to address California’s severe water crisis and its growing demand for renewable energy, a new project in the San Joaquin Valley seeks to install solar panels across the tops of irrigation canals.

Known as Project Nexus, the venture is a collaboration between researchers, entrepreneurs, state regulators, and the Turlock Irrigation District, a community-owned water and electric utility in Central California. By covering the irrigation district’s existing canals with photovoltaic panels, the project aims to simultaneously save water and generate clean electricity. As the solar panels capture the sun’s energy, they will shield the irrigation canals from sunlight, limiting evaporation.

“This could be a huge win-win for arid regions,” tweeted Viktoria Wagner, an assistant professor of ecology at the University of Alberta.

The project comes amid escalating water concerns throughout the American West. Earlier this month, researchers showed that the region’s 22-year megadrought — which has been exacerbated by climate change — is the worst in 1,200 years. Parched conditions are likely to last until 2030. For California, which just logged its driest January since 1984, conserving every drop of water is a high priority.

Project Nexus is still in its pilot phase, with groundbreaking scheduled for test locations starting this fall. But if the pilot proves successful, researchers say the project could be replicated across California and beyond to help Western states reach their water and energy goals. According to a study from the University of California, Merced, covering all 4,000 miles of California’s irrigation canals could save more than 65 billion gallons of water annually — enough to irrigate an area of farmland about the size of Oakland — and increase the state’s current solar capacity by one-sixth.

“With more data, we can map out strategies for extending solar canals statewide, and potentially across the West,” Roger Bales, a professor of engineering at the University of California, Merced, and a coauthor of the study, wrote in the Conversation.

EU will unveil a strategy to break free from Russian gas, after decades of dependence
Michael Birnbaum and Steven Mufson, The Washington Post
➤ Read more