2 years ago, the bad guys pledged to go good on rainforests. How'd they do? 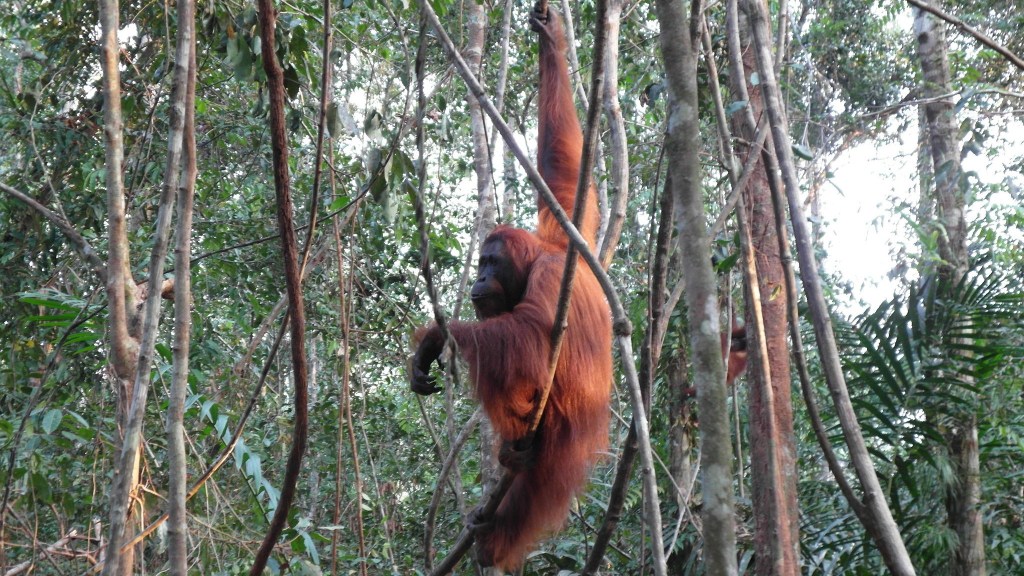 2 years ago, the bad guys pledged to go good on rainforests. How’d they do?

Over the last few years, traders of palm oil and other commodities have made sweeping commitments to halt deforestation. These pledges — from companies like Wilmar and Cargill — are cause for both celebration and skepticism. It’s easy to make sustainability promises; it’s hard to deliver on them.

How realistic are these palm-oil pledges? We can start to get a sense of that by looking at what’s happening with Asia Pulp and Paper.

In 2013, this massive company promised to stop cutting down forests and buying from people who did. Today, two years later, the Rainforest Alliance has released an evaluation of the company’s progress. The assessment shows that Asia Pulp and Paper’s leaders really are sincere in their commitment and are making significant progress: “APP has met its commitments to halt the cutting of natural forest for the purposes of establishing new plantation areas, stop the building of new canals in peatlands by its suppliers and stop all transport of [mixed tropical hardwoods] for its own pulp supply by August 31, 2013.”

But the Rainforest Alliance didn’t give the company straight As. As the Wall Street Journal put it, “Environmental organizations gave a passing grade to Asia Pulp & Paper.” The company operates some plantations on peatland, and the species of acacia tree it grows there requires drainage, which will eventually turn tons of organic material buried in the form of peat into greenhouse gases. The company has a team of experts trying to figure out how to implement better peatland management, but that hasn’t happened yet.

Another problem is that Asia Pulp and Paper can’t adequately police all of its forests, and people continue to cut down trees illegally. “We’ve now entered this weird alternate universe where the big bad company wants to keep the forest, and the local community wants to cut it down,” said Rolf Skar, the forest campaign director for Greenpeace.

It’s a tough problem, because records for land ownership in Indonesia (where Asia Pulp and Paper is based) are muddled. It’s so confused that Indonesia has launched an effort called the One Map Initiative — because right now there is no one map of the property lines in the country, just lots of conflicting maps. The corporation understands that it would look terrible for it to show up with armed guards and try to protect the forest, especially when there’s disagreement about who owns that land. In the past two years, Asia Pulp and Paper has succeeded in mapping out those disagreements, but it’s just beginning to resolve them.

Perhaps the most interesting twist in the Asia Pulp and Paper story is that its relationship with environmental groups has transformed completely. Greenpeace led a no-holds barred campaign against Asia Pulp and Paper, calling it “Indonesia’s most notorious rainforest destroyer,” and successfully pressuring brands like Mattel, which bought packaging from the company, to demand change. But now the NGOs are working hand in hand with Asia Pulp and Paper. If you read the assessment, you can see the Rainforest Alliance saying, “Wow, this thing that we’ve asked is incredibly complicated and hard.”

It requires the involvement of thousands of staff and contractors in 38 different forest concessions in five provinces, on peatland, in hilly terrain, in remote locations and unique community circumstances. It occurs in a landscape with competing land uses and overlapping tenures for agriculture, forestry and mining. It involves many thousands of people who live in the communities in and around the concessions and who have a history of tensions, conflicts and unfulfilled promises with APP and its supplier companies. The journey APP has embarked on requires planning, training and commitment at every level, from the highest levels of the organization to the forest workers on the ground … Even in the simplest situations, a fundamental change in the way business is done takes time. In the complex forest environment in Indonesia, APP’s effort to meets its commitments was always going to be challenging.

There’s been a realignment so that environmental groups are not simply demanding results but also collaborating with businesses to achieve those goals. The companies that are trying to change require scrutiny, Skar told me, but they also deserve some credit and support. The other big paper company in Indonesia, Asia Pacific Resources International Limited (APRIL), continues to level forests in the most sensitive areas. APRIL has made its own nominal sustainability pledge, but that policy includes a pledge to keep cutting down forests on deep peatland until 2019.

“People have been so skeptical of APP, pouncing on every transgression, and meanwhile APRIL is just bulldozing,” Skar said.

Environmentalists now have their sights on APRIL, and this time Asia Pulp and Paper is on their side, lobbying the government to make everyone comply with their commitments. If the trend continues, environmental activists and big agribusinesses — mortal enemies! — will be collaborating more and more. The successes we see are happening much faster than government reform. As we move forward it’s getting easier to tell which companies are simply greenwashing, which are sincere but need help, and which are actually making change on the ground.