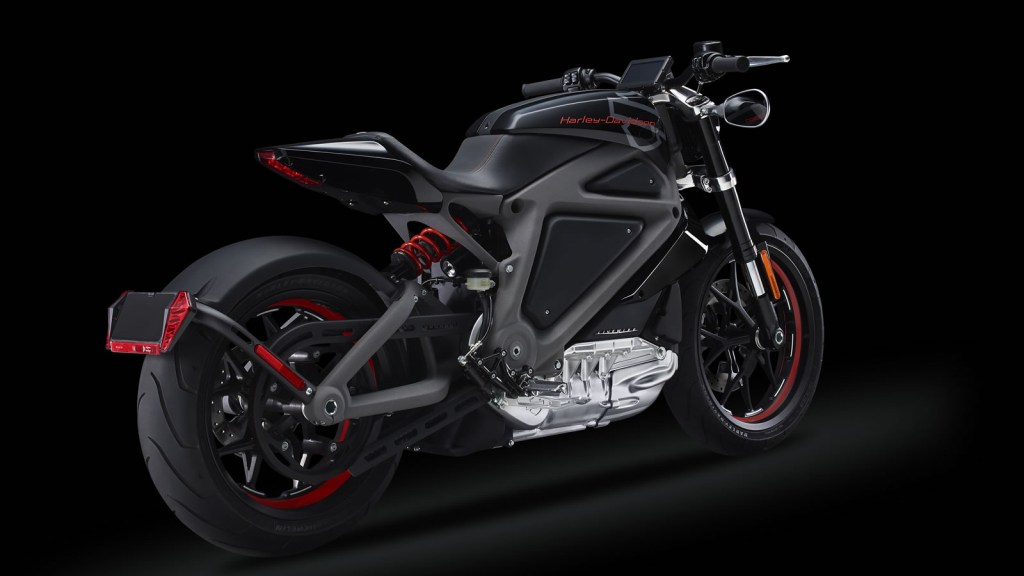 There’s an old saying among motorcyclists that 95 percent of the Harley Davidson’s built since The Motor Company opened in 1903 are still on the road. The rest made it back.

The point is, Harley doesn’t exactly have a reputation for innovation. The company proudly embraces its 50-year-old air-cooled engine technology because its customers are rabidly loyal to that old-school stuff. Heck, in 2001, when the company finally leapt into the 1970s with its first liquid cooled offering, faithful Harley riders collectively vomited in their mouths just a little bit.

With that history in mind, the idea of Harley building an electric motorcycle is akin to the Amish having a space program. But that’s just what the company is doing, touring the country with a prototype electric bike called Project Livewire.

Bryan Hartley at Motorcycle USA had this insight:

For a company [that has] established a devoted following by producing familiar, V-Twin-based motorcycles, releasing an electric motorcycle could potentially ruffle the feathers of loyalists. But Harley didn’t become a company with an 111-year-history without making savvy business decisions, and as range, speed and recharging technology has rapidly evolved, so has acceptance for electric motorcycles. With zero emissions and a low carbon footprint, electric motorcycles are touted for their reduced environmental impact.

“Preserving the riding environment is important to all of us,” said Levatich in PR. “Project LiveWire is just one element in our efforts to preserve and renew the freedom to ride for generations to come. As a company that has seen success for 111 years, we think in generational terms about our great riding environments for the next 111 years.”

Startups like Brammo, Mission, and Zero are already producing excellent, real-world bikes, and electrics have been making staggering progress in racing, giving them serious street cred.

It’s hard to imagine the average Harley Rider embracing the e-bike, but that might be the point: The company’s current ridership is, how can I put this gently, old and dying, and Harley is well aware that it needs to get younger.

There’s no denying this bike looks cool, like a cross between a street-tracker and a Ducati Diavel, and if Harley does build them (PLEASE build them! And also, I’ll take a press demo bike!), it could draw the new, young riders the company so desperately wants while limiting CO2 emissions at the same time.

Of course, so much of a Harley’s mystique is its sound, and it’s hard to seem cool when your sled sounds like a Krups coffee grinder. (Heck, those things ain’t even American!) My suggestion? Just record Peter Fonda yelling, “Potato-potato-potato.” No one will know the difference.