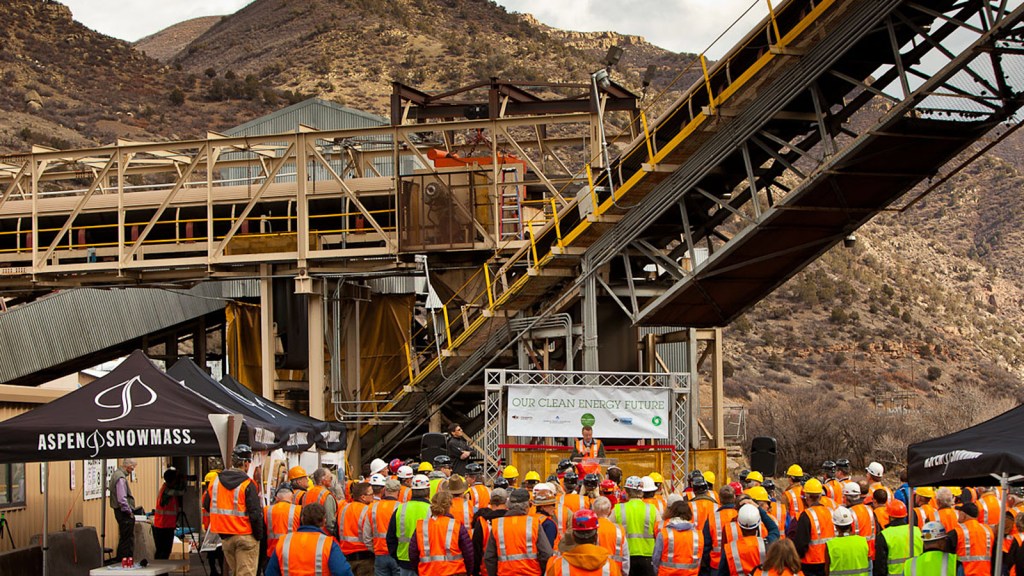 What do Bill Koch, the Aspen Skiing Company, and environmentalists all have in common? Nothing, right? Actually, they’re all supporting the deployment of technology that cuts down on greenhouse gas emissions and produces some cheap, relatively clean energy.

Koch owns Oxbow, a coal mining company that operates Elk Creek Mine in Somerset, Colo. SkiCo, as the Aspen Skiing Company is locally known, is an investor in a fossil fuel–burning project at Elk Creek. And here’s the kicker: SkiCo is doing this because it is worried about climate change.

Natural gas tends to escape from coal mines, and most mines just worry about the health and safety risks it poses. Natural gas, which is mostly methane, is highly combustible. The phrase “canary in a coal mine” refers to the bird’s susceptibility to methane poisoning and its usefulness in warning miners of methane leakage. (Methane is odorless in nature. That rotten egg smell is chemically added to alert you to the danger of leaks.) Methane isn’t just dangerous at ground level; it’s also a highly potent greenhouse gas when it escapes into the atmosphere. When burned, though, it’s less of a climate threat, generating just half as much CO2 as burning coal. Coal mining is never good for the environment, but there’s an easy way to make it less bad: capture the natural gas and burn it.

That’s an idea hatched by Tom Vessels, a veteran of the Colorado oil and gas industry. So he partnered with SkiCo, which was looking for ways of investing in cleaner energy, and they brought the proposal to local coal mines. (SkiCo sees climate change as a threat to its business, and so it has a company-wide commitment to help build a clean-energy future.) Most mines were totally uninterested.

Elk Creek Mine, located on a mountain of coal towering over a bend in the North Fork of the Gunnison River, was the first one to bite. Its owner, Bill Koch, is sometimes called the “third Koch brother.” The most politically active Koch brothers are his siblings David and Charles, but Bill is also right-wing. (For a full rundown of the family’s fascinating history, check out Sons of Wichita, the new book by Daniel Schulman of Mother Jones.)

Elk Creek isn’t even currently producing coal. Due to a spontaneous fire last year, it had to shut down mining operations, at least temporarily. But it continues to ship out the coal that’s already been mined, moving it via long conveyer belts from the mountain to the open containers of freight trains on the tracks along the river. From there it goes to Long Beach, Calif., and on to ships bound for Japan and Mexico. Meanwhile, the methane is still seeping up from 1,200 feet below the earth’s surface and will likely continue to for another 15 years, says Auden Schendler, SkiCo’s vice president of sustainability.

For safety reasons, the mine was already capturing the methane in pipes. But then it was just releasing it out into the air. Now, ever since the methane-capture project got off the ground in October 2013, there is machinery attached to the pipes to direct roughly one-sixth of the methane over to a combustor that converts it into electricity — enough to power the adjacent town of 60 homes — and sells it to the grid. It’s essentially a mini power station. The rest of the methane is flared off, so it has no economic value, but at least it causes a lot less climate damage.

The technology here isn’t specialized, unproven, or terribly expensive. The flaring operation just requires a pipe, literally patched with fiberglass in places, leading to a burner that is basically like an oversized version of the base of the gas grill you use to cook hot dogs in the backyard. The electricity generation is only marginally more complicated. Another set of pipes carries gas to a series of turbines in sheds. The turbines suck in air from outside, mix it with the gas, and generate heat, which is turned into electricity and delivered to power lines that were already there to serve the mine. The machinery basically runs itself, just needing one employee to check on it periodically.

Elk Creek Mine is not doing this because it cares about climate change. Jim Kiger, the beefy, goateed mine employee who gave me a tour, sported a political sign on the front of his hard hat: “Stop the War on Coal: FIRE OBAMA.” Kiger shared, unprompted, his skepticism that burning coal contributes to climate change. But he was happy to show off the methane-capturing technology.

That’s because capturing stray methane isn’t just good for the environment. Turning methane into electricity that can be sold to the local power utility is good business. There’s no reason to think Bill Koch cares about climate change any more than his employees do, but he approved the project.

So why doesn’t every coal mine do this? Unfortunately, there isn’t that much money to be made. Elk Creek, for example, was generating $1 million per day from coal, versus a mere $1 million annually from the electric generation of burning methane. And for that $1 million it has to run the risk of violating one of the Mine Safety and Health Administration’s myriad rules. Even Oxbow itself initially rejected the idea of collecting and flaring methane at its mines, citing MSHA rules and the risk of forest fires. And, of course, many mine owners don’t like to do anything that would implicitly admit the reality of climate science.

The federal government should be requiring methane capture at mines, either through legislation or rule-making, but getting any action out of Washington is an enormous challenge. This project, at least, is a good first step, demonstrating that the technology is effective and easy to implement.