How many Nobel Prize-winning physicists did it take to invent the LED lightbulb? 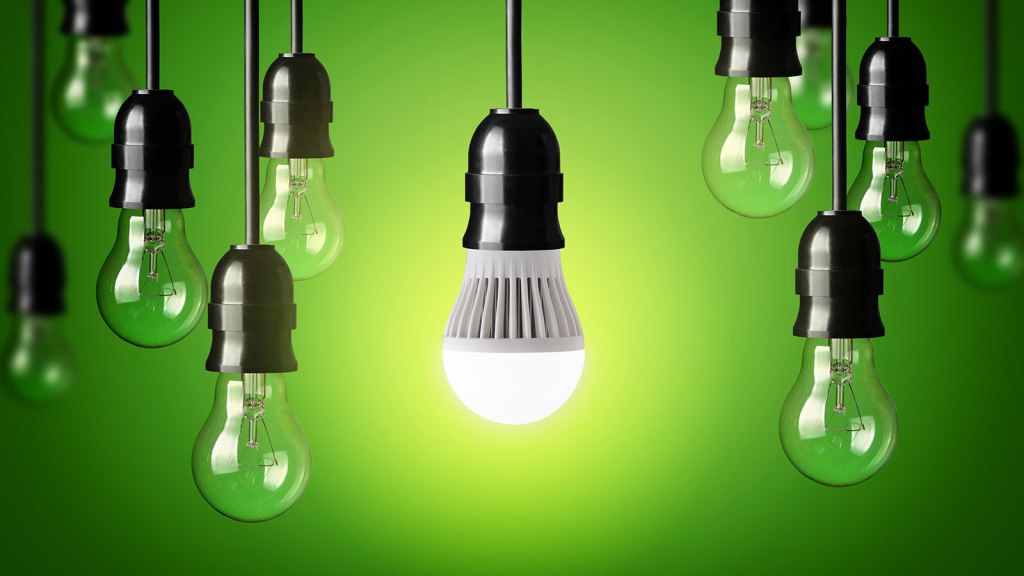 How many Nobel Prize-winning physicists did it take to invent the LED lightbulb?

In the early 1990s, three physicists figured out how to make white light with a tiny fraction of the energy required to power a standard incandescent bulb. Now they’ve got a Nobel Prize in physics to show for it.

Light-emitting diode lamps, or LED bulbs, are revolutionizing the way we illuminate the world — and shrinking lighting’s carbon footprint every time one’s screwed in. But this low-energy lighting wasn’t a sure thing until the blue LED was invented by the three noble Nobel laureates: Isamu Akasaki and Hiroshi Amano of Japan and Shuji Nakamura of the University of California, Santa Barbara.

Red- and green-emitting diodes have been around for a long time, but nobody knew how to make a blue one, which was needed for blending with the others to create white light. … That is where the new laureates, working independently, came in.

It’s a good thing these super smart guys are so stoked about making semiconductors that produce light. Until the sexy LED bulbs became affordable a few years back, the consensus was that compact fluorescents would be the watt-saving replacement for old-fangled incandescents. But CFL bulbs produce unattractive light, don’t play nice with dimmers, contain mercury, and take a little while to come to full brightness.

Thanks to the innovations of Akasaki, Amano, and Nakamura — and countless others who have steadily improved upon LED technology — bulb buyers no longer need to pick between first-class and eco-friendly.

For anyone who thinks scientists are in it for the money, check out Akasaki’s acceptance speech in the video below:

Swedish industrialist Alfred Nobel wanted prizes given to people who “conferred the greatest benefit to mankind,” according to his will. For this reason, systems thinker James Dyke of the University of Southampton imagines that ol’ Alfie would fancy a Nobel Prize for sustainability if he were around these days.

Yet even without a separate category for green discovery, it seems reasonable to expect an environmental bent to near-future winners in the existing fields — medicine and physiology, physics, chemistry, economics, literature, and peace — given that the survival of human civilization depends on learning to interact with nature like we’re part of it.