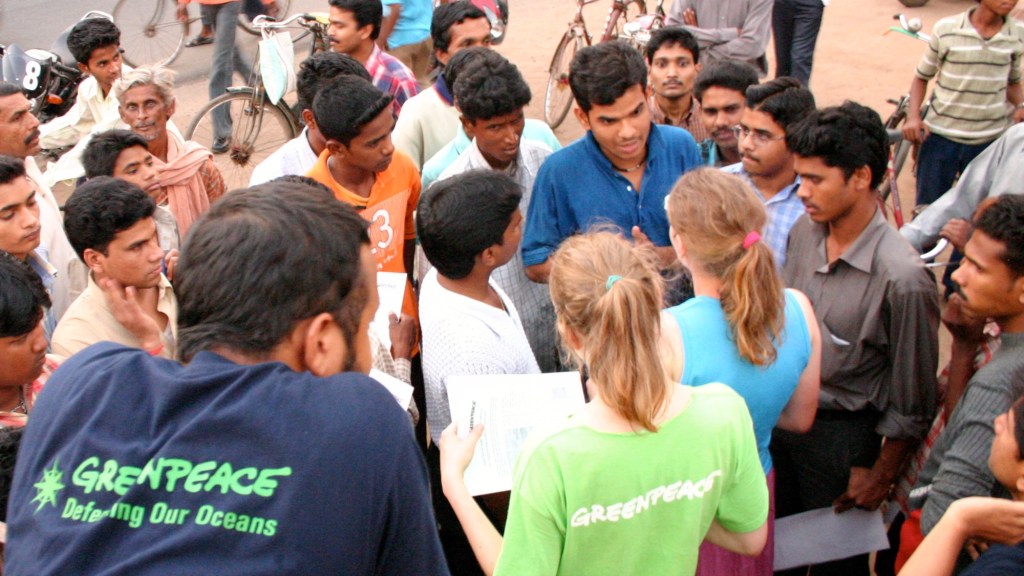 India’s economy is growing, but not as quickly as some pundits had forecast. You might guess that rampant corruption was curbing the country’s economic potential. Or maybe you would put some blame on worsening heat waves, which have been knocking out electrical grids. Or perhaps the crippling health effects of pollution from coal power plants?

Well, we’ve got some surprising news for you from India’s intelligence agency: Environmental activists like you must shoulder some of the blame. Your peeps in India have been accused of reducing the nation’s GDP by 2 to 3 percent every year. Reuters reports:

India’s domestic spy service has accused Greenpeace and other lobby groups of hurting economic progress by campaigning against power projects, mining and genetically modified food, the most serious charge yet against foreign-funded organizations.

The leak of the Intelligence Bureau’s report comes as Prime Minister Narendra Modi’s new administration seeks way to restore economic growth that has fallen to below 5 percent, choking off investment and jobs for millions of youth entering the workforce. …

“A significant number of Indian NGOs funded by donors based in US, UK, Germany and Netherlands have been noticed to be using people-centric issues to create an environment, which lends itself to stalling development projects,” the Intelligence Bureau said.

Greenpeace, naturally, denies the accusations, describing them as an effort to silence dissent.

The timing of the leak is interesting, given that the country has a new prime minister — one who campaigned on a business-friendly, pro-development platform. Prime Minister Narendra Modi is a solar energy fan who has been talking nice about the environment, but he also appears set to push for the approval of highway projects delayed by concerns over wildlife and other environmental issues. Modi is a military hawk, and his new environment ministry has pledged to prioritize the granting of approvals for defense projects. It has already moved to hastily approve a stalled reservoir expansion that’s expected to force 250,000 people from their homes, despite pleas from local activists.

It looks like life is becoming more hostile for environmental activists in a nation with a long and rich history of protest. Because, you know. Economic growth.