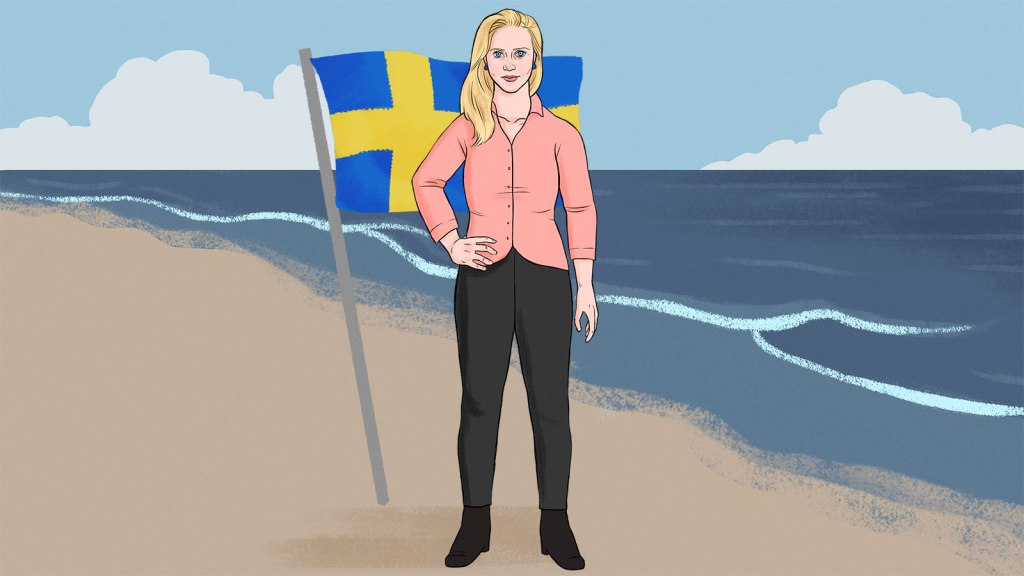 To risk a truism: The oceans do a lot for us. The currents drive the climate and the monsoons, ocean water absorbs carbon and heat from that pesky atmosphere, aquatic vistas are gorgeous when they’re not filled with trash, and healthy marine ecosystems nurture a valuable food source. The emphasis, here, is on “valuable.”

Some of the newest economic thought suggests that putting a price on these ecosystem services — this natural capital, as it’s called — is the key to embedding conservation into capitalism. (Think “carbon tax.”) If we valuate the oceans, the argument goes, we’ll actually value them. Resources like oil and gas, of course, are easy to price; but in the international ocean policy landscape, pricing and regulating most ecoservices is largely uncharted territory. After all, 50 percent of all saltwater is beyond national jurisdictions. And besides, how would we put a market value on the on the oceans? Should we? And if so, how can we connect this value to economic policymaking? Welcome to the blue economy.

The idea is a nascent one — and plenty of geopolitical and ethical details still need to be ironed out — but some policymakers are confident that pricing our natural capital is the key to a sustainable, peaceful future.

“Oceans do not divide nations; they unite them,” said Lisa Emelia Svensson at the Ocean Summit on Marine Debris in May, in a melodic Swedish lilt. Svensson is Sweden’s ambassador for Oceans, Seas, and Freshwater. As far as I can tell, it’s a position that exists only in Sweden. (The U.S. has a deputy assistant secretary for Oceans and Fisheries in the State Department, but the purview is slightly different.) A diplomat by training, Svensson now works to ensure that international ocean conservation and economic development go hand in hand. Her contention is that valuing ecosystem services is crucial for environmentalism and for good ocean governance. If the ocean has a dollar value, maybe we won’t keep throwing it away.

It’s not exactly a surprise that Sweden produced this ocean advocate. Sixty percent of Sweden’s national border is coastline; World Water Week is held in Stockholm. Ninety-eight percent of Swedes have visited the coast, said Svensson in an interview with UBrainTV — a number that far surpasses that of other countries. Basically, the country likes its water. It’s one of the reasons that Svensson, like many Swedes, says she feels so close to the outdoors.

“Some people say the religion in Sweden is in the nature. I think it’s a foundation of our culture,” she said, in the same UBrainTV interview. (Grist attempted to reach Svensson for an interview, but she did not respond to requests, leaving this reporter to scavenge for op-eds and Swedish conference proceedings. She appears to be perfectly pleasant. Perhaps she was on vacation. Or maybe life is just busy for a toppdiplomaten.)

Sketches for a sustainable blue economy look something like this: Since any productive ocean-based industry needs a healthy ocean to survive, it makes sense to work environmentalism into the equation. By turning things like biodiversity or water quality into tradable goods, the public and private sectors can effectively spin conservation as a profit source — and one that helps out other industries. Then units of, say, ocean acidification might become commensurate with units of GDP. (Or maybe not. As Svensson suggests in a 2015 conference paper, the ocean’s value is “not necessarily a monetary one.”)

The World Wildlife Fund recently pegged the value of ocean assets at some $24 trillion in April 2015. It’s a hefty, largely arbitrary sum, and the group noted that the oceans were better conceptualized as “a global savings account from which we keep making only withdrawals.” Just like any savings account, it’s worth thinking about the seas in the long term. Things can move pretty quickly in the ocean world (consider the melting Arctic), and planning ahead can help us avoid a “Wild West mentality,” in which, for example, countries indiscriminately claim undersea oil reserves as their own.

“This does not mean that economic analyses and assessments of the value of nature are an end in themselves,” wrote Svensson in a 2013 op-ed. The point, rather, is to make sure they’re part of the discussion. Companies already protect raw materials that make it into their supply chains. What’s missing is the safeguarding of the ecosystem services that make the raw materials possible in the first place.

Developing the tools that will hold the private sector accountable for its actions, however, isn’t so simple, especially in a policy space already rife with regulation. Treaties and international agreements, for example, are already a big, exceptionally bureaucratic part of ocean governance. The United Nations Convention on the Law of the Sea, for example, is just one strand in a policy web containing 567 conventions related to oceans, claims Svensson. And different ecosystem services will naturally have different values. It’s all a bit piecemeal right now, which is why she describes a central pillar of her job as ensuring “policy coherence.” Policy coherence is where the high-level discussions meet the nitty gritty.

At the international level, the nitty gets particularly gritty, since the world, quite literally, is connected by the oceans — and measures adopted by one country are likely to affect another. Thankfully, Svensson has experience getting international actors to play green with each other: Before joining the Swedish government, Svensson was at the Directorate General for Trade of the European Commission, where she led the negotiations for the sustainable development chapters in the E.U. Free Trade Agreements.

Despite the challenges, the idea of a sustainable blue economy is already starting to enter the geopolitical mainstream. Early last year, the U.N. released a concept paper that conceptualizes “oceans as ‘Development Spaces’ where spatial planning integrates conservation, sustainable use, oil and mineral wealth extraction, bioprospecting, sustainable energy production and marine transport.” And September 2015 will bring the adoption of the U.N.’s Sustainable Development Goals, the 14th of which focuses on oceans. “Conserve and sustainably use the oceans, seas and marine resources for sustainable development,” proclaims the draft agenda. This balance, between conservation and development, is a hint that the concepts core to a blue economy are taking off. But a full buy-in to valuing the oceans’ ecosystem services will take much more than concept papers.

In order to get to that paradigm shift, Svensson suggests that we need to crack what she calls the environmental paradox: “Why is environmental policy considered a cost?” she asked at the Economics of the Oceans Summit in 2013. “Why isn’t it seen as an investment?”

Some will argue that as soon as we start thinking of the oceans in terms of productivity, we’ll have lost something sacred. Maybe. But it might be more radical to do exactly that — a ‘change comes from within’ kind of argument. Sweden, for its own part, will integrate the value of ecosystem services into financial and political decisions by 2018. But Sweden is a singular case. They’re the only ones with an oceans ambassador like Svensson.