Walmart is a huge consumer of dirty coal energy 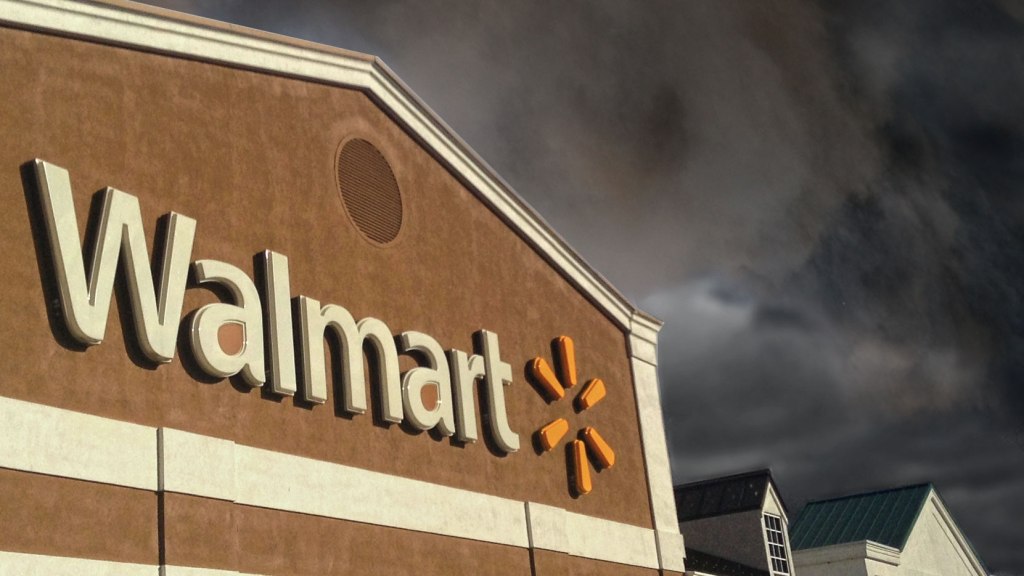 Walmart is a huge consumer of dirty coal energy

Walmart has been strutting around decked out in solar panels lately. At an event broadcast from its Arkansas headquarters last month, the company’s top executives crowed about their pledge, made nearly a decade ago, to shift to 100 percent renewable power, while a video screened shots of glossy new solar panels behind them. Many reporters — even many environmentalists — have been marveling at the emperor’s new finery. The Wall Street Journal ran the headline “Walmart Doubles Down on Solar Energy Plans,” while the San Francisco Chronicle and The Motley Fool explained “Why Walmart Loves Solar.”

But look a little closer and this emperor’s outfit isn’t all that it appears to be.

Far off from 100 percent, only 3 percent of Walmart’s U.S. power is supplied by its renewable energy projects and special green power purchases, according to data the company submits to the EPA’s Green Power Partnership. And only one-third of that 3 percent comes from Walmart’s rooftop solar and other onsite installations.

Which begs the question: Where does the other 97 percent of Walmart’s power come from?

Here at the Institute for Local Self-Reliance, we decided to take a look. And what we found is a big, filthy mountain of coal.

We don’t usually associate retail stores with dirty energy, but Walmart is in fact a massive consumer of coal-fired electricity. The company uses more electricity to power its network of U.S. retail operations and distribution centers than the residents of Alaska, Delaware, Hawaii, Maine, Rhode Island, and Vermont combined. Its U.S. energy use — 19,500,000 megawatt hours — equals the power consumption of every industrial facility in New Jersey and West Virginia put together.

We calculated that 40 percent of this electricity comes from burning coal; that’s actually higher than the national average. That’s a pretty damning statistic for a company that “Loves Solar.”

We calculated that Walmart consumed 7.8 billion kilowatt hours of coal-fired electricity in 2013. That works out to 4.2 million tons of coal. Having trouble wrapping your mind around that number? Here’s some help: If you were to ship all of this coal by rail, the resulting train would stretch for 420 miles, the distance from Washington, D.C., to Boston. If you filled a football stadium 35 feet high with coal, from end zone to end zone, that would power Walmart’s U.S. stores for just a week. If Walmart gave away all the coal it consumes for Christmas, every child in America would wake up to find 126 pounds of coal in their stocking.

Walmart’s much-promoted renewable energy initiatives have barely made a dent in its appetite for dirty electricity. This is partly because they are so meager relative to the company’s huge size, and partly because they are in the wrong places. More than 90 percent of Walmart’s clean energy — including both its on-site installations and its purchases of renewable power — is produced and consumed in places where coal comprises a smaller-than-average share of the power Walmart’s stores are pulling from the local grid. More than half of the company’s solar panels are in California alone, a state where grid electricity is relatively free of coal-generated power.

Meanwhile, in states like Missouri and Illinois, where coal-fired electricity is plentiful and cheap, Walmart has no solar panels or green power contracts.

Why some states and not others? Only one factor governs Walmart’s energy choices: “Always Low Prices.” The company buys the cheapest power it can get. In limited circumstances, on the margins of its power needs, that means it will buy solar, or wind, or biogas. In California, for example, where electricity rates for commercial users are significantly higher than in other states, Walmart has found that contracting with fuel-cell and rooftop-solar companies for electricity at select locations is cheaper than relying exclusively on the grid.

This rabid imperative to minimize costs also explains why Walmart’s share of renewable power actually fell from 4 percent to 3 percent over the last two years. As wind prices inched up in Texas, Walmart slashed its green power purchases, causing its use of clean energy to plummet by over 200,000 megawatt hours annually, or more than one-quarter, between 2011 and 2013.

Many competing retailers are way ahead of Walmart in making the shift to clean energy. In Missouri, for example, where Walmart draws most of its electricity from an aging fleet of coal plants that are poisoning the air and water daily, we found examples of small businesses that are getting almost all of their power from rooftop solar. Many national chains are doing more than Walmart, too. Ikea, for example, has installed solar on more than 90 percent of its stores, many in heavy coal-using states.

Publicly, Walmart promotes itself as a new energy pioneer, but when talking to investors, it is more forthcoming about the limits of its interest in renewable power. “The only [solar] projects that we were doing are the ones that economically make sense at the store level,” Marty Gilbert, Walmart’s director of energy, told Bloomberg News in 2012.

Perhaps most offensive of all, Walmart generously supports politicians who fight to keep the dirty energy status quo in place. In the 2012 election cycle, more than half of the candidates that received contributions from Walmart’s PAC voted with fossil fuel industry interests all of the time, according to Oil Change International’s vote-tracking tool. These foot soldiers march under the banner of climate denial by voting for bills that would block the EPA’s ability to regulate pollution from coal-fired power plants and otherwise slow the transition to a clean energy future.

While Walmart’s solar initiatives have done little to cut its carbon footprint – which has only grown over the last decade – they have provided a major boost to the company’s public image. For Walmart, sustainability is not about the environment; it’s a growth strategy. Walmart now occupies more of the U.S. landscape and controls a larger share of the economy than it did 10 years ago. It’s added more than 800 new stores since 2005, many in regions previously hostile to the company’s expansion, like the West and Northeast. It’s time we see this emperor for what it is: a giant, powerful, profit-obsessed fat cat taking advantage of our climate, our livelihoods, and our communities. It’s time it put on some real clothes.