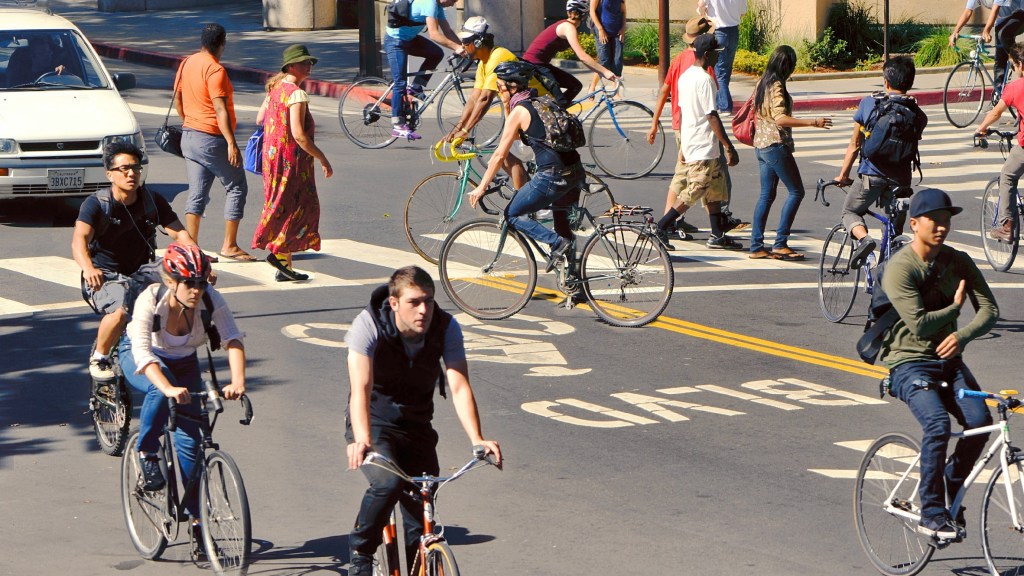 Thanks, California! You are now the 24th state to require that drivers pass a cyclist with at least three feet of clearance. Local officials even have a snazzy name for the mandated breathing room: the buffer zone.

Until now, California’s only buffer rule advised cars to pass “at a safe distance” — and “safe,” as everyone knows, is relative. The penalty for ignoring the buffer zone is only $35. But hey, small victories. The fine jumps to $220 if a cyclist is injured in the zone.

More from the Los Angeles Times:

Colin Bogart, the programs director for the Los Angeles County Bicycle Coalition, a cycling advocacy organization … said he hopes that the law will encourage drivers to take a deep breath and wait before speeding past a cyclist.

“Every cyclist can cite a really harrowing moment where someone came way too close and really spooked us in the process,” Bogart said.

Truth. As a longtime California cyclist, I gotta say, the whole buffer thing had me spooked. If I cruised a few feet away from parked cars, to avoid getting doored, I’d be at the mercy of the crazy traffic behind me. If I swerved away from the crazy traffic, I’d put myself back in the line of door-flinging fire. According to the Los Angeles Times, in 2012, 5,000 cyclists were injured or killed in Los Angeles County alone.

But no worries, bike haters, the legal language around this stuff will still be nice and vague:

Under the new law, if traffic is too heavy to change lanes — or if other conditions make a three-foot buffer impossible — drivers must slow to a “reasonable and prudent” speed and wait to pass until the cyclist is safe.

“Reasonable and prudent”?! In afterwork gridlock? Ha, that’s a good one.