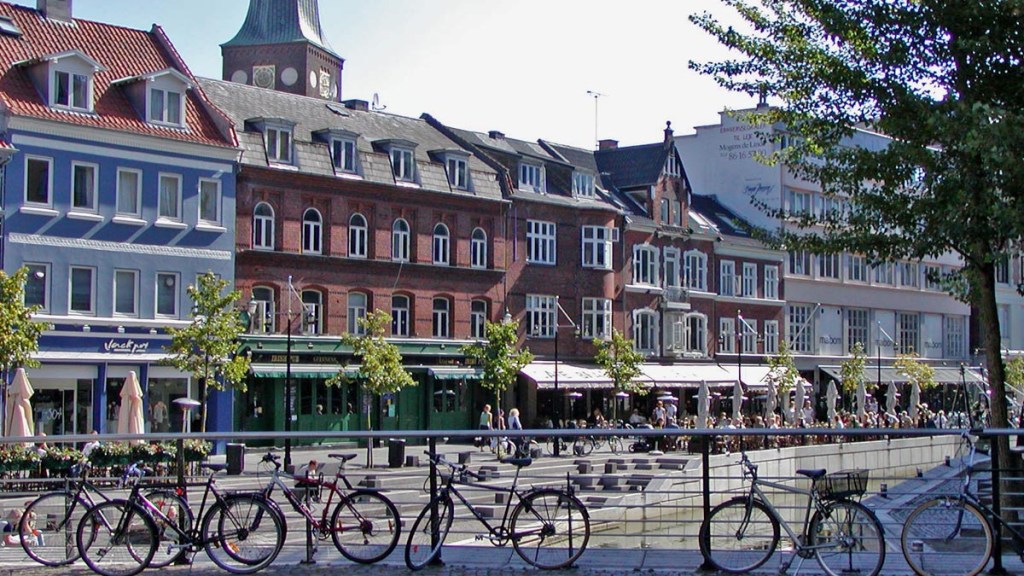 Few things in life are as satisfying as hitting a string of green lights when you’re cruising down the road. Stepping on crunchy leaves and popping bubble wrap might come close, but there’s a reason why when Morgan Freeman gave Jim Carey the powers of God, this is one of the first things he did:

And now, with the almighty power of the Internet of Things (aka the Techno Jelly Net), some cyclists in Denmark get to do this all the time. Kind of.

In a pilot program launched earlier this year in Aarhus, the country’s second largest city, 200 cyclists got radio-frequency identification tags installed in the spokes of their front wheels so that, when they approached a particular intersection, trash can-sized sensors would detect the cyclists and turn the light green. Here’s more on this dream come true from Smithsonian:

The RFID bike project is one facet of the E.U.’s RADICAL program, which is incorporating tech projects into city planning in five “smart cities” across Europe: Santander, Spain; Issy‐les‐Moulineaux, France; Athens, Greece; Genoa, Italy; and Aarhus. In Aarhus, the city government wanted to encourage biking, and they found that, second only to poor bike lanes, cyclists weren’t biking because they didn’t want to be stopping all the time. Planners wanted to find a way to give cyclists the right of way, to indicate that they were a priority.

Rita Westergaard, the business solutions manager at the company that built the system, told Smithsonian: “We know that if you have a lot of traffic lights in a short distance in the cycling lane then the cyclists are very confused, and they don’t want to stop all the time. It’s too difficult.”

This, admittedly, makes cyclists sound like huge babies. But if making them have to stop less is what it’ll take to get more of them on the road, then who cares?

So far, the cyclists seem pretty happy with the system, and drivers don’t seem to mind it, Smithsonian reports. And while the sensors are a bit difficult to service, and the tags, which weren’t designed for this purpose, are a bit awkward, Westergaard told Smithsonian that the companies hopes to wire up more intersections by sometime next year.

Now, I’d like to suggest that the RADICAL program next try implementing a crunchy leaf initiative. As a proud pedestrian, I often find that if I don’t encounter a crunchy leaf every few paces, I get discouraged and flop on the ground until one blows my way. Surely, with enough traffic sensors and crunchy leaves, the world could eradicate driving altogether.