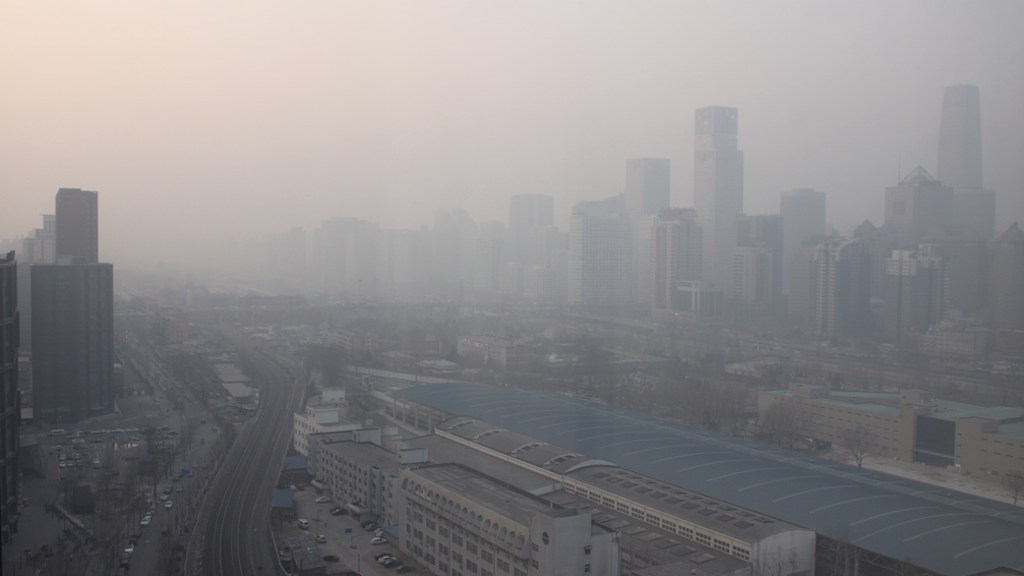 In Beijing, the city whose air is so polluted it can make a 1,000-foot skyscraper invisible behind a wall of smog, an 8-year-old girl is now being treated for lung cancer. She’s the youngest lung cancer patient in China. But don’t worry, says the hospital treating her — it has nothing to do with the city’s dirty air! She probably just smokes too much.

The hospital treating the eight-year-old girl denied the link between her lung cancer and air pollution, according to BBC News, but locals are not convinced. The WHO estimates that more than half of the lung cancer deaths attributable to breathing in fine particles around the world occur in China and other East Asian countries. This is becoming an increasing concern among Beijing residents who say that the air pollution has increased due to rapid expansion and poorly enforced environmental laws. But health officials claim smoking is still the number one cause.

Lung cancer cases in Beijing are climbing — the incidence has risen by 50 percent in the last 10 years. But, you know, why should we assume a connection between this drastic increase in a disease connected with inhaling fine particles, and the amount of fine particles in the air? Instead, we should focus on Beijing’s real problem: eight-year-old chain smokers. I blame the parents, since health officials would probably prefer I not blame corporate greed and poor regulation for that either.