Rescued turtle can walk again thanks to a LEGO wheel prosthesis 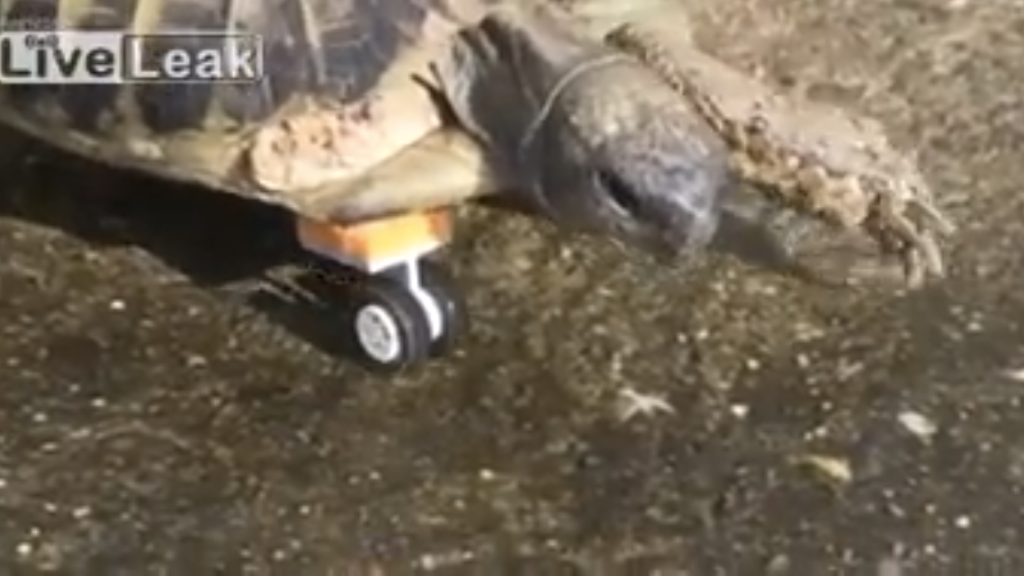 Rescued turtle can walk again thanks to a LEGO wheel prosthesis

Schildi the turtle had a badly infected leg when he was rescued, and vets had to amputate it to save his life. But never fear, because they rebuilt him, better, stronger, and … probably much less fast, but really, he’s a turtle, how fast was he going to be.

Schildi now sports a LEGO wheel prosthesis, which is glued to his lower shell. And after a little tinkering (For instance: Turtles find it easier to make turns with a single wheel than a double wheel! Now you know), he’s figuring out how to get around with it pretty well:

The leg was designed by doctors from Bird Consulting International in Baden, Germany, and as you might expect, it was literally sourced from one doctor’s daughter’s toy box. Schildi is expected to need a new wheel once a year or so, and presumably doctors will buy their own materials in the future. Although really, what child wouldn’t give up a few LEGOs in order to see an adorable turtle learn to walk again?