In the fight for bike-safe streets, we'll need everyone to join the ride - Grist 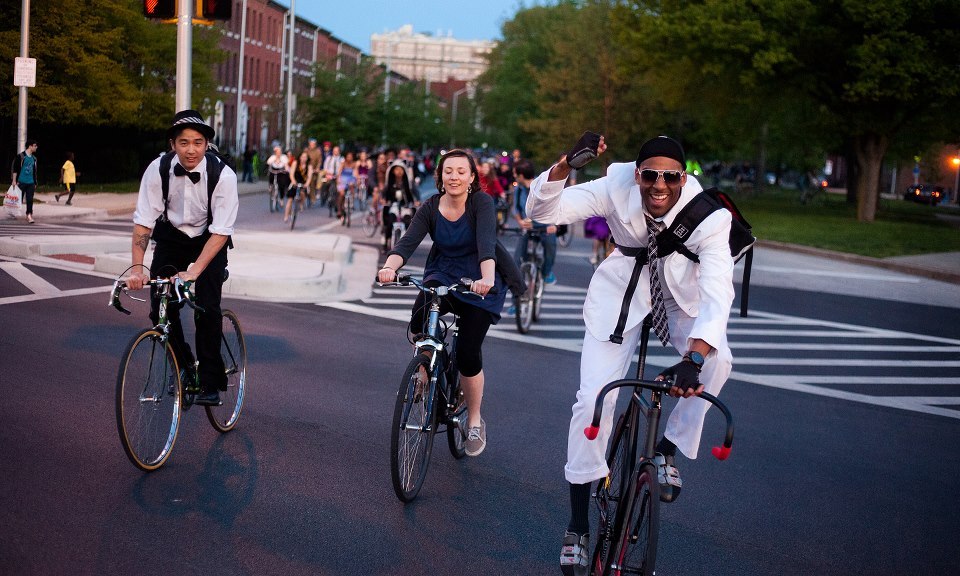 In the fight for bike-safe streets, we’ll need everyone to join the ride

At the mention of “bicycling advocates,” you probably picture dread-headed hippies at a Critical Mass ride, or yuppie professionals whining about their commutes. But it’s just not true. Not only do people of all backgrounds totally bike, but there are also tons of folks out there making the movement toward bike-friendly cities a lot more diverse.

To wit: A new, comprehensive “bike equity” report put out by the League of American Bicyclists profiles dozens of groups from El Paso to Milwaukee to New York that are bringing more bikes to people, more people to bike policy conversations, and more conversations about race, class, and equity to the conversation about bikes.

In Santa Barbara, Calif., for instance, Bici Centro brings affordable bike repair to the largest group of cyclists in the city: low-income Latino commuters. New York City’s Local Spokes gathers all kinds of people together from the Lower East Side and Chinatown to brainstorm ideas for bike programing and street design. Cycles for Change in St. Paul, Minn., has a Bike Library that lends bikes to low-income communities, and a program that helps first-time adult riders — often refugees and immigrants — “become the most amazing bike advocates.” (It’s also one of many bike coalitions across the country with an “earn-a-bike” program, which asks folks to volunteer a few hours at a repair shop before taking a bike home).

The report highlights all this and way, way more, and weaves in some powerful interviews with folks behind bike equity. Among them: Seattle’s Ed Ewing and Milwaukee Bicycle Works co-founder Keith Holt, who points out that shifting some of this stuff is going to take more than building bike lanes:

There are some folks who just say, “Black people don’t ride bikes.” I often ask, “How do you know this?” If that’s the premise, then that becomes the narrative everywhere. …

The general belief out there is, “If we just put more bike lanes in communities of color or make sure more low-income folks have a voice at the table that’s the big key for this.” Honestly, I think that’s part of the equation. … But I know that realistic access to affordable bike ownership and repair will make a huge impact, too. …

Bottom line: if there is no bike shop in a neighborhood, it’s much more of a challenge for someone to start and continue biking.”

Because “bike equity,” as wonky as that sounds, is about making sure cycle-friendly cities are actually friendly to all cyclists — and that bike advocacy includes all voices.

If not, well, bikes will never achieve world domination. And that’d be a damn shame.