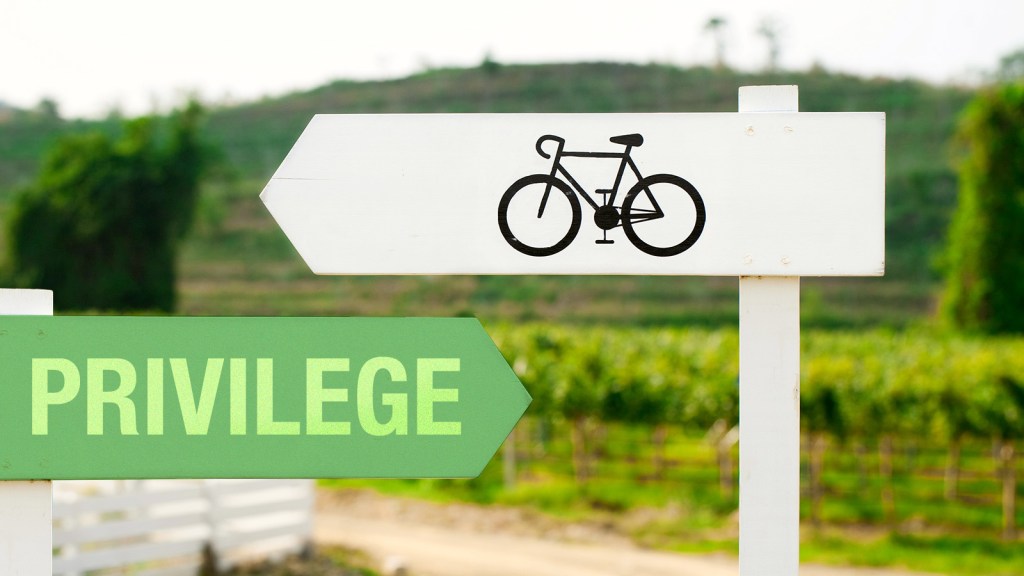 Fashion at my high school, circa ’93-95, was aspirational. That is, the brands we found most fancy were those that in many ways signaled lifestyles more hoped for than practiced. My alma mater, John Harris High, a public school in Harrisburg, Pa., consisted overwhelming of African-American students, a fair number of Puerto Ricans, and a good many from low-income households. The logos on our wares did not reflect our lived experiences, not even for students who lived in closer proximity to middle-class standards.

Examples: We all wore Timberland boots religiously, but I couldn’t name one of us who’d actually been hiking. Nautica jackets were all the rage, but few if any of us had been sailing. Ralph Lauren Polo was ubiquitous, but no one I knew had ever been on a horse, save for pony rides at the Farm Show. Helly Hansen body suits with the big ski goggles were required wearing at one point, but I only knew a few who’d been skiing. When Wu-Tang’s “Can it Be All So Simple” video came out, we all rushed to outlets and print catalogs (pre-internets) to find the “Snow Beach” Polo pullover Raekwon wore — though, again, many of my schoolmates had not ever actually seen a beach, let alone one with snow on it. It was all so simple, but complicated.

It’s not that kids at my school didn’t want to do these things. I’d like to think that our fashion choices were projections of our ambitions. It’s more that there were few opportunities in our small city to engage. This, despite Harrisburg’s position along the Susquehanna River, within sight of a bunch of small mountains. Some of us did take advantage of the few opportunities provided. I personally was able to do some hiking-lite with my Boy Scout group when I was much younger, and hit the river during Boys Club and YMCA summer camps, as did some of my friends. But these were not frequent outings nor did they develop, by high school, into regular expeditions.

Contrast this with the high school I attended before transferring to Harris, a private, Catholic school called Bishop McDevitt, which was overwhelmingly white and included a great number of students from wealthy families. Some of them were the children of state representatives and senators. (Harrisburg is the state capital.) I remember back then, my white classmates talking about going on weekend hiking, skiing, and sailing trips like it was nothing. On some Fridays, they’d already be in gear by schoolday’s end, to leave straight from the campus for the mountains.

A huge number of my McDevitt colleagues had cars. At Harris, the public school, the majority of students either “bused it” home, walked, or piled into the whips of the few kids who had them — what y’all call carpooling. The transportation disparities were most pronounced among juniors and seniors, though. Freshmen at both schools shared a mode of transportation in common: biking.

Biking was not a black or white thing, nor a poor or rich one. We biked the city and the suburbs. This was pretty normal, especially during summers, up until about 16, the age when it was no longer cool to be caught two-wheeling — at least for dating purposes. But for solo trips to the basketball courts at Reservoir Park, one of the city pools, or just to stunt when the spirit moved us, biking was still our thing.

That longass intro is to provide context for my response to a recent trend of stories from white people about “white privilege,” using bicycling as either a proxy for that privilege, or a metaphor for explaining it to other white people. We all need to take more opportunities to acknowledge privilege and patriarchy in our daily musings. But there are ways to discuss it constructively, and ways to talk about them that further under-privilege people of color.

Case in point, a recent op-ed from Joe Wos in the Pittsburgh Post-Gazette where he accuses the city of catering to bicyclists at the expense of black residents. “The bike movement is a convenient distraction from issues such as race,” writes Wos. “Make no mistake; this is partly about race. It is about white privilege and entitlement.”

After trafficking in a few stereotypes about “hipsters,” “craft-beer bloggers from Seattle,” and the usual sleepy jab at Portland, he finally makes a larger point about the city under-serving its public transit needs. That latter point stands up on its own, though. Bikes vs. buses is not a zero-sum game, and the inclusion of privilege is a maladroit way of facing racism.

If readers of his op-ed should be aware of anything, it’s that Wos is a white guy positioning himself to speak for the racial minorities across the city. That bespeaks white privilege more than anything. People of color can speak up for themselves on this, and they did. Many of the near-hundred comments on his op-ed are from non-white people reminding him that he is not their Sharpton. They also point out that the underlying assumption in his op-ed — that people of color don’t bike — is untrue.

I was born in Pittsburgh, in the city, in August Wilson’s Hill District, so I know it’s not true. My family later moved to Harrisburg, but I returned to Pittsburgh for my second childhood, college, and worked there for five years after. I’ve seen plenty of black people biking to Pitt, and later to their jobs downtown.

My Pittsburgh brother (by soul) Majestic Lane took umbrage with Wos’ idea as well, writing on Facebook: “While I appreciate the writer looking to bring the issues of disparities to light, the juxtaposition of bike rights vs. black quality of life is a false choice, and also obscures the reality that Black people do ride bikes.”

Lane explained to me in a separate conversation that Wos’ perspective has to do with a cultural beef in Pittsburgh between “hipsters” and “yinzers” (newcomers and old-timers) that “has nothing to do with black folks.”

But Wos wasn’t the only one who’s tried to use biking to explain, mansplain, and/or whitesplain privilege. A few weeks before that op-ed appeared, Jeremy Dowsett wrote about it in Quartz, but with a twist. He used biking as a way to whitesplain for other white people what white privilege is and why they shouldn’t be offended by it.

Wrote Dowsett: “I can imagine that for people of color life in a white-majority context feels a bit like being on a bicycle in midst of traffic.”

“They have the right to be on the road, and laws on the books to make it equitable,” he continues, “but that doesn’t change the fact that they are on a bike in a world made for cars. Remembering this when I’m on my bike in traffic has helped me to understand what privilege talk is really about.”

Let him explain. Dowsett recounts how car drivers will act aggressively toward him while he’s on his bike and trying to share the road. They yell obscenities at him,  throw gravel, and straight disrespect him when he’s riding. His point was that as a bicyclist he’s a minority on the street, and the road rules and laws mostly privilege drivers.

It’s not a clean analogy. The difference between the racism suffered by people of color and the bikism experienced by people of ten-speeds couldn’t be starker.

To begin with, the experiences Dowsett details, as bad as they might be, are temporary. He’s only on his bike from Point A to Point B, and then he gets to be white again when he reaches his destination. But black people will be black and treated as such while en route — whether in a car as Rodney King was, or on foot as Michael Brown and Trayvon Martin were. They will still be black when they reach their destinations, and even at home, regardless of class, as professor Henry “Skip” Gates found out. Same for Native Americans, Asian Americans, and Latinos. Privilege is permanent.

Dowsett makes some other somewhat poignant points in his analogy, about how transportation infrastructure is built to accommodate cars, like American society is built around accommodating whites. But that point is still ahistorical. As Dowsett points out himself, bike lanes are relatively new — “an appendage” on an “inherently car-centric system,” he writes. But neither racism nor privilege is new; both have been around since the beginning of America, as have people of most every race. This bigotry runs much longer and deeper, which is why it’s much more difficult to reverse.

Wos and Dowsett were attempting to nobly defend the victims of white privilege, but this isn’t the way to do it, and biking is not an apt entranceway for the discussion. Both renderings just as easily underestimate the power of privilege while undermining the lives of people of color in the process. The story I provided in the beginning is my own personal story about how I, and the people I grew up with, related to biking and the outdoors. We don’t need anyone who didn’t grow up with us, or like us, to explain this for us.

So just how should a white person bring up privilege? I will highlight Grist staff writer David Roberts’ recent blog, where he interrogates his own privilege in being able to step away from his job for a year for personal reflection. During his sabbatical, he tried out yoga, did some other outdoorsy stuff, and overall, just learned how to get more healthy and lovey.

For this, he asks:

I’m certainly in a privileged position, mostly, if we’re being honest, through the luck of where and when I was born (and many other kinds of luck since). I carry that awareness with me, but in cases like this, I’m not sure what to do with it. Do I not publish the piece? I mean, the problems I write about are real problems, at least for a certain class of people. If those people are interested in my experience — and they seem to be, to my ongoing surprise — why shouldn’t I share it with them?

My answers: Of course, you publish the piece. Of course, you should share them. Acknowledging privilege does not mean you have to stop living. You can’t stop being white any more than I can stop being black. Once you acknowledge that permanence of privilege, one of the best things you can do is to share your experiences, just not in a way that supposes you know what it’s like for people of color in other settings.

David’s experiences are not “white” experiences. Black people do yoga, as Erykah Badu reminded us recently. Black people do outdoors, as I’ve pointed out time and time again. Racism and class do keep many people of color from these activities, as they did for many of those I grew up with, but there’s a way to talk about that without invoking a white messiah complex or triggering white guilt in others.

How about the next time you see those kids in the Timberland boots and the Polo cargos, you talk with them. Ask them if they’ve been hiking, and if they haven’t, maybe invite them along. If they turn you down, it may be for good reason, as Greg Hanscom once found out. They might also take you up, and you could find out you have more in common than you thought.

But in either instance, don’t think that an outdoor expedition will save their lives, or that it will grant you the power to speak for them. If either of these become the outcome, you have not helped to eradicate white privilege, you’ve only helped recycle it.