Rob Ford got busted for ... jaywalking 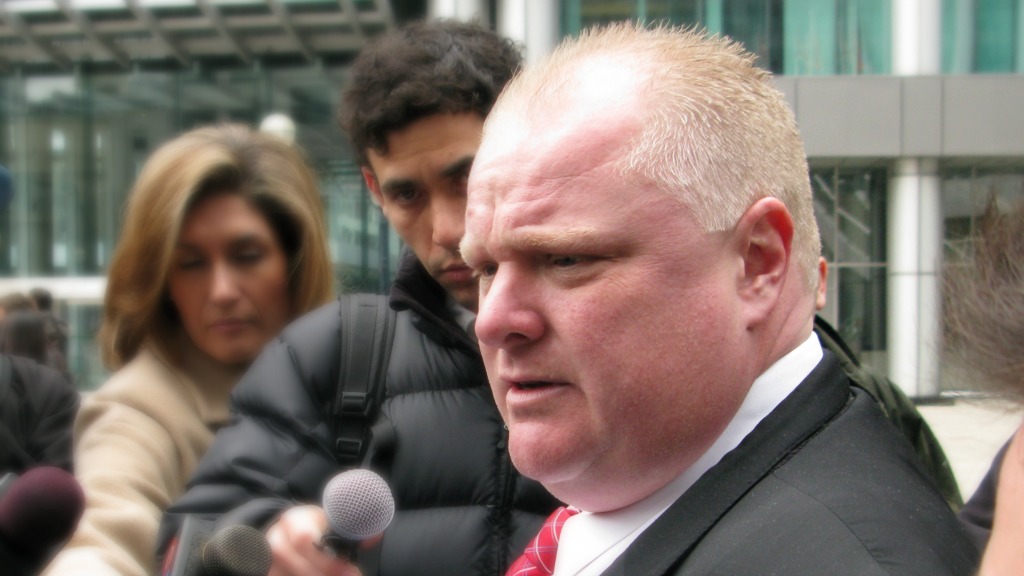 Rob Ford got busted for … jaywalking

Toronto Mayor Rob Ford has been called many things: “anti-bike, anti-transit, anti-green” (Treehugger), “the drunken equivalent of the Travelocity Gnome” (some guy on Twitter), and “that sketchy Canadian politician who likes crack” (me). And now you can call him the worst thing of all: JAYWALKER. Dun dun dunnn!

Cops in Vancouver, B.C., suburb Coquitlam busted Ford this weekend for crossing against the light. According to the Toronto Sun:

“I am in shock,” the mayor told reporter Joe Warmington moments after it happened. “I was just walking across the street about 200 feet from my hotel when I was approached by an officer and told I was jaywalking. I couldn’t believe it … I said, ‘You have got to be kidding.’ I said, ‘Are you guys serious?’”

Yep, they were — Ford got slapped with a $109 ticket. It seems like the opposite of someone winning an Oscar for a mediocre performance the year after getting slighted for a great one. “We can’t bust you for smoking crack or being obnoxious,” the cops’ reasoning seems to be, “but you didn’t wait for the ‘walk’ signal, so WE GOT YOU!”

It seems kind of dumb that jaywalking tickets even still exist, effectively punishing pedestrians that a city wasn’t designed with them in mind. Ford didn’t seem too bothered, though. He hit local bar The Foggy Dew and posed for pictures on the dance floor.